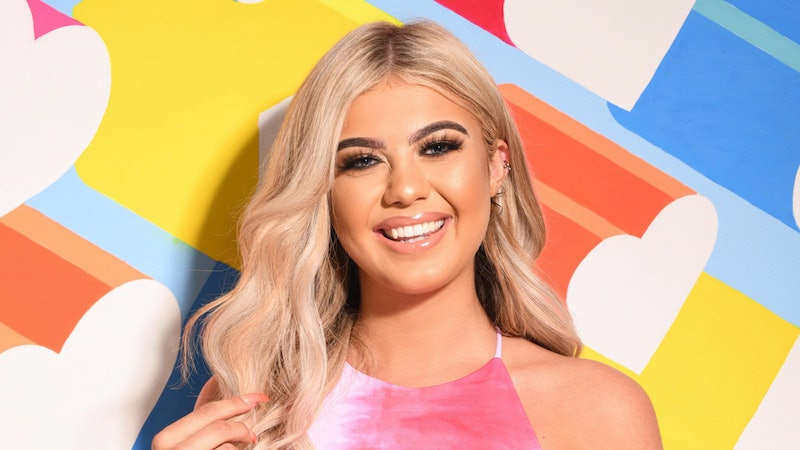 The fifth series of ITV2's reality juggernaut Love Island is well underway, and ever since the sun-kissed islanders stepped foot inside the famous villa, their lives before the show have been subject to the usual public scrutiny. However, as viewers prepare to welcome a string of fresh faces thanks to the infamous Casa Amor twist, they might be surprised to learn that Love Island's Belle Hassan's dad Tamer was in Game of Thrones (yes, seriously.)

As per a statement sent to Bustle UK, a total of 12 Love Island newbies will settle into the show's second villa, Casa Amor, and among the new contestants is the 21-year-old make-up artist Belle Hassan — the daughter of actor Tamer Hassan, who played the character of Khal Forzho in the the HBO series. Belle also has connections to previous Love Island winner, Dani Dyer, who she first met whilst their fathers worked on the films The Football Factory and The Business.

Before touching down on the famous island, Hassan opened up about her relationship with her famous father. According to the Metro, she said, "My dad is an actor, Tamer Hassan. He’s been in The Football Factory, The Business, Game of Thrones — he is my link to the famous world. He is a very supportive dad, he is like my best friend and is always there for me. He’s told me to be myself but has also warned me 'I’m watching and I’m going to be seeing every detail!' Because he was in a film with Danny Dyer, I’ve met Dani Dyer when we were kids."

Hassan has also given hints as to what viewers can expect from her on the ITV show, describing herself as "fun," "funny," and "flirty." According to Digital Spy, the make-up artist has also promised to bring a "new dynamic to the villa," and went on to say "of course you never want to upset anyone, but at the end of the day we’re all there to find someone we want to be with and if there is a connection there, then I will go for it. You have to do what you’ve got to do. Do I worry about treading on toes? I do and I don’t."

As mentioned previously, the ever-controversial Casa Amor twist will be coming back for the current fifth series, however, a change to Casa Amor's usual format is reportedly in the works. Speaking to The Sun, one insider has revealed that this time around it will be the girls who move into the infamous second villa. The insider said, "In an epic plot twist the female Islanders will head to Casa Amor while the boys stay put at the main villa. The finer details are still being discussed with producers but the plan is for all the Islanders to leave the main villa in four Land Rovers. The girls will travel to Casa Amor but the boys will be redirected back to the villa."

Love Island airs every night at 9 p.m. on ITV2