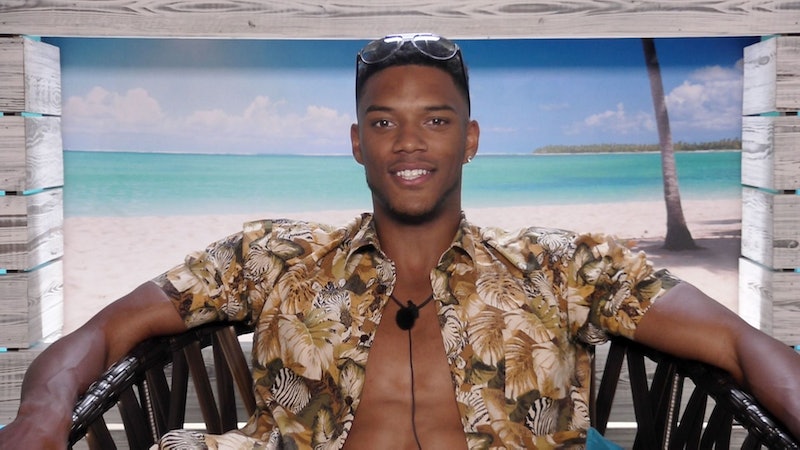 While it can feel like Love Island contestants dominate your newsfeed during their time in the villa the coverage doesn’t stop when they leave. It’s not uncommon to see islanders jetting off together for party getaways and love flourishing among unlikely couples. However, one islander has hit the headlines this week for a super worrying reason. Theo Campbell lost sight in one eye after an accident with a champagne cork in Ibiza. He’s reassured his instagram followers that despite having to go through surgery after the accident he’s on the mend and doting girlfriend and fellow islander Kaz Crossley is by his side. He’s even cracking jokes.

On Aug. 27 Campbell revealed to his 271,000 followers that he was in hospital following an accident. While on holiday a champagne cork flew into Campbell's right eye. In the caption under the post of him in bed with an eyepatch he said, “thanks for all the messages and support I’ve got over the last couple days they’re all very much appreciated!! So yeah basically two eye surgeries later after a really unfortunate accident, I’ve lost all vision in my right eye as it got split in half, who would have thought a champagne cork would be the end of me.”

However, ever the optimist and joker he continued, “but I still have one eye left, looking at the bright side of things. Thanks for flying out to look after me as well babe if anyone knows where sells cool eye patches let me know :). #captinhook #thor #fettywap”

While the pair may have appeared on different series of Love Island (Campbell in 2017 and Crossley in 2018) Cosmopolitan reported that Crossley and Campbell met on a work trip to Thailand in March 2019 and they announced they were officially together the following July. It’d seem that she’s firmly by his side now, while he is recovering in hospital.

OK! online spoke to a source who said, “the cork was travelling really fast and Theo’s eyeball was split entirely open. It took a moment for people around Theo to realise what had happened, but people started screaming and panicking when they saw his eye. Poor Theo was in complete agony and it was just a total freak accident. He was rushed to hospital but sadly his vision couldn't be saved."

It’d be so understandable for Campbell to take some time out after such a freak accident but, just as he did in the villa, he’s still cracking jokes on social media. Crossley may be by his side but loads of supportive messages have flooded in for Campbell from his fellow islanders. Camilla Thurlow commented, “so sorry to hear this, sending love from me and @jamiejewitt_ x” along with Marcel Sommerville who wrote, “ah bro sorry to hear this news, everything will be bless G, mad things happen in life but we roll with the punches. Mans just got a new niche fashion accessory to rock.”

Rykard Jenkins joked, “THE NEW NICK FURY - WE ONLY GET STRONGER” and Campbell's close friend from the villa, Georgia Harrison wrote, “love you more than anything in the world. Nothing will hold you back I promise.” Even Love Island presenter and queen Caroline Flack said, “Sending love.”

I hope Campbell makes a super speedy recovery and with Crossley and all his Love Island pals by his side he keeps his spirits up.