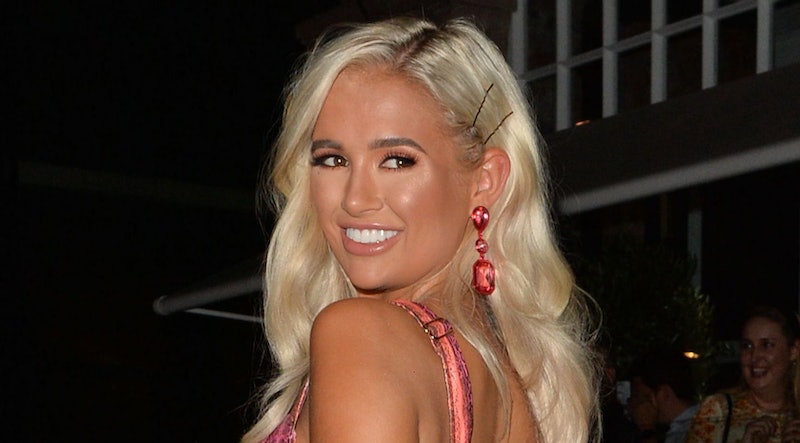 Molly-Mae Hague was arguably the most stylish Love Island-er on this year's series, constantly rocking fashion-forward ensembles and fun, bold looks we all wanted to try. So when she left the villa, there was sort of no doubt that she was going to be met with partnership offers and designer deals as soon as she stepped out. It therefore comes as no surprise that the gorgeous star has apparently signed a pretty major deal with online retailer Pretty Little Thing. So when is Molly-Mae's clothing line with PLT dropping, and what do we know so far?

Well, unfortunately not too much right now. The news was revealed by The Sun, but we know little in terms of when the collection will be coming out or what will be included in it. I have reached out to reps from Pretty Little Thing, and will update as more news comes.

However, for now, all that we know is that the deal is allegedly worth an eye watering £500,000, which marks the biggest deal any of this year's Islanders have been offered as of yet.

The Sun reports that Molly-Mae has been spotted out to dinner with the brand's top boss Umar Kamani, and has been seen in a photo shoot that is rumoured to be for her upcoming collection, although it seems unclear still.

A source told the newspaper that the deal was exciting for both parties:

"This is a huge deal not only for Molly-Mae, but Pretty Little Thing too," they said. "It’s one of their biggest collections to date.Molly-Mae had a huge following even before Love Island, so they were desparate to land her, whatever it cost.”

Previous collaborators of Pretty Little Thing include huge stars such as Kylie Jenner, Kourtney Kardashian, Maya Jama, and Hailey Baldwin, as well as fellow former Love Island-er Megan Barton Hanson, who starred on the series in 2018.

There has been no official word from Pretty Little Thing or Molly-Mae just yet, but if the news is true, surely it's only a matter of time!

Molly is currently on a trip in LA, which she has attended without Tommy, and it seems as though he is missing her BIG time. The star reposted her boyfriend's Insta story yesterday, which showed him singing along to The Temptations' My Girl, and tagging in Molly-Mae.

Tommy looks like he is back to doing his thing in the boxing ring, since he posted a photo alongside the caption, "Guess who’s back," along with a boxing glove emoji. From his Insta story, it is also clear that the boxer has been making several club appearances, delighting his biggest fans wherever he goes.

Fellow 2019 Love Island star Amy Hart is also said to be looking into signing a fashion deal, with The Sun reporting that several brands are in a "bidding war" in order to secure the former air hostess.

"Amy’s effortless style hasn’t gone unnoticed - and bosses at some of the biggest fashion brands in the UK have been in touch trying to get her to sign on the dotted line and collaborate with them," an insider told the publication.