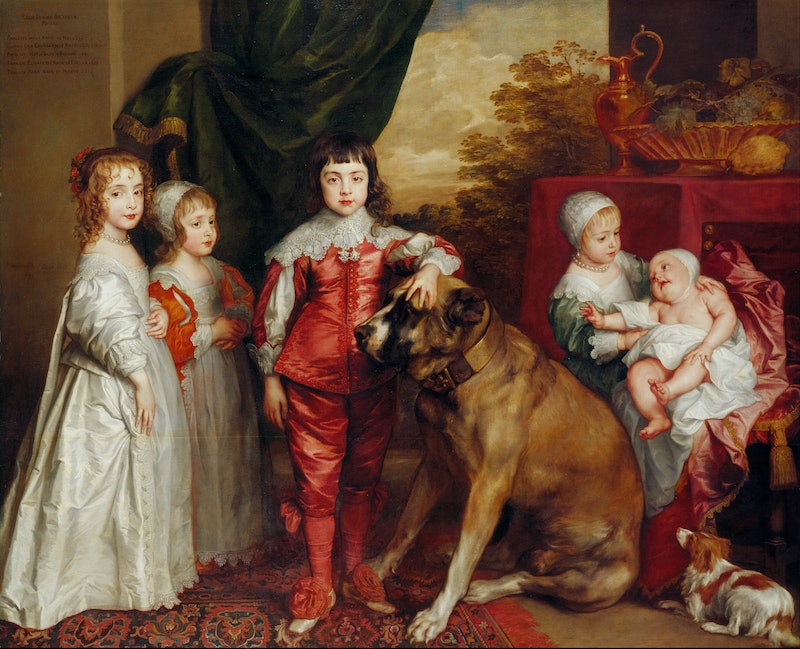 Between the hit animal-portrait blog The Dogist, the endless dog and cat pics filling your Instagram feed, and the glorious (and, alas, now-over) days of animals acting silly on Vine, you'd think that we're living in the golden age of pet portraiture. The digital world has given us more opportunities than ever to record our pets' weird cute moments (you're guilty of snapping an iPhone video of your dog sleeping upside down and snoring like a trombone, don't deny it). However, before anybody says we've all turned into narcissists and that millennials are too busy photographing their pets to buy property, let me tell you something: owners immortalizing their pets through art is a long-standing historical tradition — and in comparison to various other pet-obsessed points in history, our puppy photo blogs are actually kind of weak sauce.

The practice of of domesticating animals is extremely ancient; historians have dedicated a lot of time to figuring out the precise moment that dogs became domesticated instead of wild, but the line between working animals and ones that existed to provide companionship was often a blurred one throughout human history. Because of this, portraits, statues and oil paintings of beloved animals have been around for a very long time, and they've conveyed some very complex things about their owners. In short, we've loved our pets — and loved to honor them through putting their picture in a place of honor — for a long, long time.