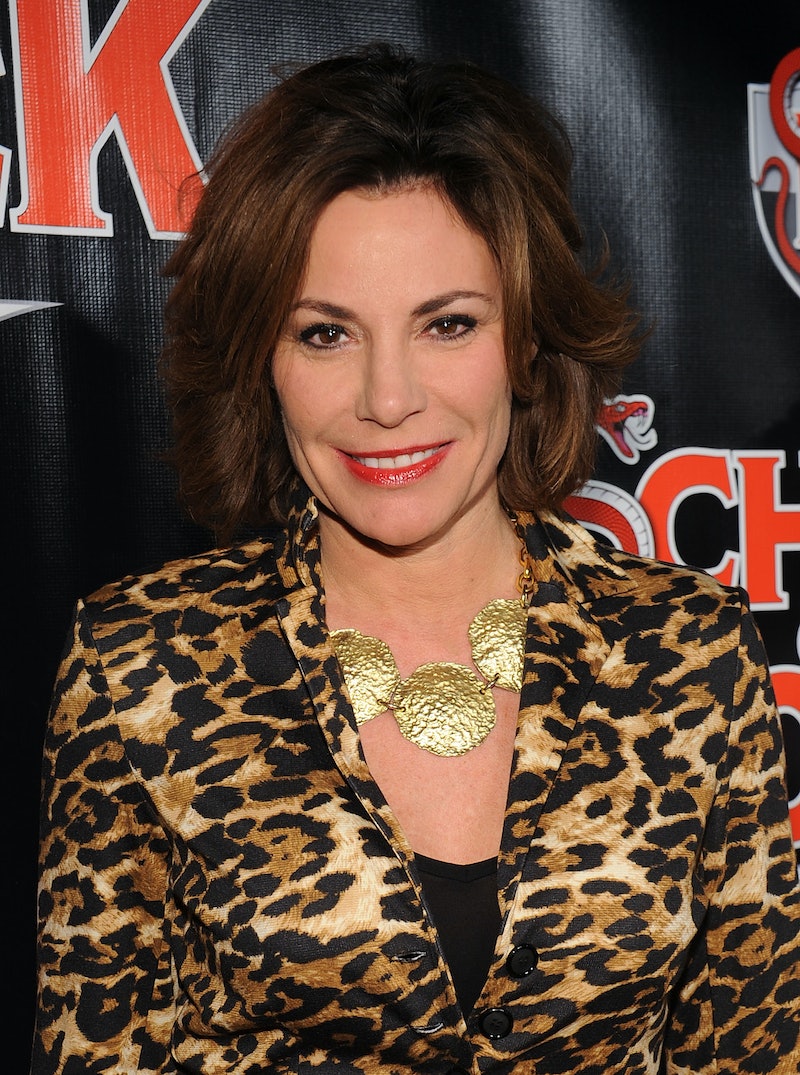 After the Real Housewives of New York City's star's December arrest, Luann de Lesseps is going to a rehab facility, she confirmed to People Friday. "After the events of last Saturday night in Palm Beach, I am truly embarrassed," her statement reads. "I have decided to seek professional guidance and will be voluntarily checking into an alcohol treatment center."

The rest of her statement is as follows:

"I intend to turn this unfortunate incident into a positive life changing event. Once again, I sincerely apologize for my actions. I have the greatest respect for police officers and the job they do. My actions alleged in the police report do not reflect my core values and my law abiding character. I am so grateful for the love and support that I am receiving from my family, friends and loyal supporters."

On Dec. 24, de Lesseps was arrested by Palm Beach Police and charged with alleged disorderly intoxication, battery on an officer/ firefighter/EMT, resisting arrest with violence, and threatening a public servant, according to the Palm Beach County Sheriff's Office (via People).

Soon after, the Housewife released her own statement on Twitter Dec. 24 reading, "I want to offer my most sincere apologies to anyone that I might have offended with my behavior. This was my first time in Palm Beach since my wedding and being here brought up buried emotions. I am committed to a transformative and hopeful 2018." According to a Dec. 24 report from the Palm Beach Post, de Lesseps was released on her own recognizance that Sunday. People reports she has a court date set for Jan. 25, 2018.

At the time of her arrest, Bustle also reached out to Bravo and de Lessep's rep for comment, but did not receive an immediate response.

On Thursday, the Palm Beach Beach Police released de Lesseps' police report to Bustle, which read she allegedly slipped out of handcuffs and tried to escape from the police car after she was arrested. Per the report, the arresting officer allegedly had to take de Lesseps out of the car to put the handcuffs back on. She also allegedly resisted when this occurred and allegedly said, "I'm going to f*cking kill you." The police report also stated that after she allegedly tried to escape, the Bravo star allegedly attempted to hold the police car door open by kicking it. The police officer allegedly had to physically place her back in her seat.

What allegedly caused her arrest, according to the police report, was she and a male friend allegedly entering the wrong hotel room at the Colony Hotel in Palm Beach. The Bravolebrity had another room booked at the same hotel, but it's unclear why she allegedly entered the wrong room. The police report states that a security guard allegedly tried to get de Lesseps and her male companion to leave, but he was unsuccessful and contacted authorities.

She also allegedly locked herself in the bathroom and refused to leave the hotel room. After some time, the 52-year-old reality star ended up opening the bathroom door, allegedly shoved the guard in the chest, and resisted arrest, per the police report. De Lesseps' friend, Julie Olson, was also reportedly present at the time. Olson told Page Six the anonymous man with de Lesseps is someone the reality star had "previously dated". Bustle has reached out de Lesseps' rep for comment regarding the police report, but has yet to receive a response.

As the RHONY cast member said in her first statement, she is "committed to a transformative and hopeful 2018," which certainly appears to be the case now that she is entering rehab.