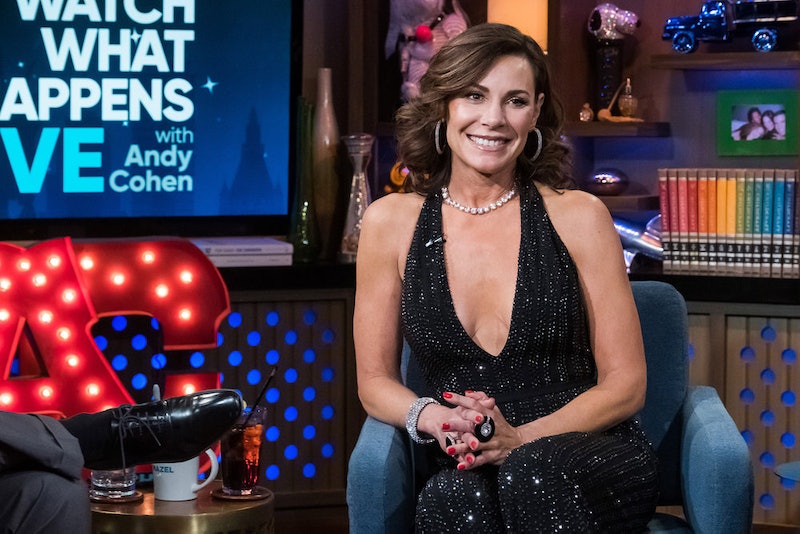 Even though she's been very open about her personal life on Real Housewives of New York, Luann de Lesseps still has more to tell. During a June 24 interview with Page Six, Luann revealed she has a tell-all book in the works that'll let her "set the record straight" about what's been going on in her life.

Luann explained to the publication,

"I’ve been keeping a diary of everything that has happened to me. I’ve been sober for eight months, and the therapists urge you to be honest about yourself. But many of the things written about me have been false, so this book is my chance to lay myself bare and also set the record straight."

As of this moment, Luann does not have a publisher on board for the book, but she is apparently fielding offers.

This isn't the New York Housewife's first book, though. In 2009, Luann released Class with the Countess: How to Live with Elegance and Flair. The book was a combination of a how-to guide for living a Countess-like life with etiquette tips and an autobiography of her life up to that point.

However, her life has changed drastically since then. Luann went from being the buttoned-up wife of the Count Alexandre de Lesseps to the divorced life of the party.

As fans will recall, Luann married Tom D'Agostino on Dec. 31, 2016. They announced their split in August 2017, a mere seven months later. Unfortunately, this wasn't the most shocking news, considering the rocky start to their relationship. Luann's costar Sonja Morgan claimed she and Tom were "friends with benefits" for many years. Tom even went out with Ramona Singer, Luann's fellow RHONY OG.

Still reeling from the breakup, Luann got into some major trouble on Christmas Eve 2017. She was arrested in Palm Beach, Florida on charges of battery on a law enforcement officer, resisting arrest with violence, disorderly intoxication, and corruption by threat. (In July 2018, Luann reportedly reached a plea deal and pleaded guilty to three of the charges.)

On Dec. 29, 2017, Luann checked into rehab for the first time. At the time, she told Page Six, "After the events of last Saturday night in Palm Beach, I am truly embarrassed." She continued,

"I have decided to seek professional guidance and will be voluntarily checking into an alcohol treatment center. I intend to turn this unfortunate incident into a positive life changing event."

After that stint in rehab, Luann found her true passion: cabaret. She's performed shows all over the country following her February 2018 debut.

Even so, it wasn't all good times, even with the cabaret success. In July 2018, her ex-husband and their kids Victoria and Noel de Lesseps filed a lawsuit against her after the sale of an $8 million house, according to court documents obtained by The Blast. This was because Luann was supposed to create a trust for her two children after the house sold. (In April 2019, E! News reported that Luann's kids dropped the lawsuit.)

In the midst of all this stress, Luann relapsed and returned to rehab in July 2018, missing the Real Housewives of New York Season 10 reunion taping.

That's just a brief summary of the recent events in Luann's life. Of course, there's a lot more to her story. If there is any Real Housewives-penned book that will be worth reading, it is Luann's. Her story has it all: love, heartbreak, hardships, humor, and a desire to succeed.