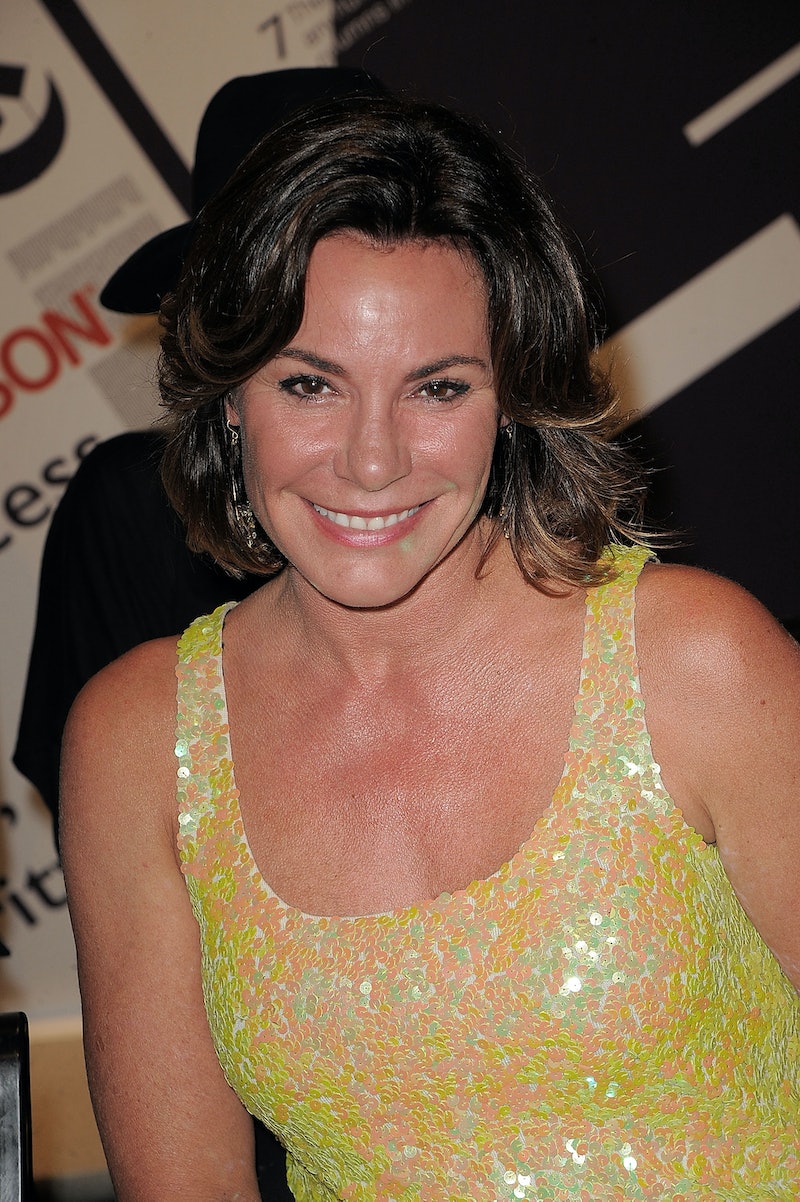 Since news first hit that Real Housewives of New York City star Luann D'Agostino and her husband, Tom, were divorcing after less than eight months of marriage pretty much every Real Housewives fan has been freaking out. Among the jokes and memes on Twitter, some fans have started asking Bravo and Andy Cohen to shoot a one-on-one addendum interview with Luann to be added to the end of the reunion à la Kim Richards for the Real Housewives of Beverly Hills reunion special at the end of the show's second season.

For those of you who might not remember, Kim's struggles with her alcohol addiction were a large part of RHOBH Season 2. She missed the main reunion taping, but shot an interview with Andy after receiving treatment at a rehab facility. Kim was honest about her struggles and her renewed commitment to her children, and it was a really powerful to see her addressing her behavior during the season in a very self-aware way.

The news of Luann's divorce was shocking to many, as only a few weeks ago Luann defended her marriage in a statement to People. "Tom and I are in love, and marriage takes work," she said. "We are working on this together." It was around that same time, early to mid July if you wan't to be exact, that the stars of RHONY reunited to film the Season 9 reunion special. So it's unlikely that Luann's divorce will be discussed during the reunion. However, people on Twitter are suggesting that Luann could shoot an addendum interview and the idea definitely has merit.

Luann's marriage to Tom has been a major topic of conversation this season on RHONY. That being said, it would be weird for their divorce not to be mentioned whatsoever during the reunion, especially since Luann made the announcement nearly two weeks before it airs.

Many fans are already retweeting or posting a message @ replying Andy or Bravo telling them we need Luann to get a one-on-one to talk about what happened with her marriage during the reunion special. Let's make this happen!