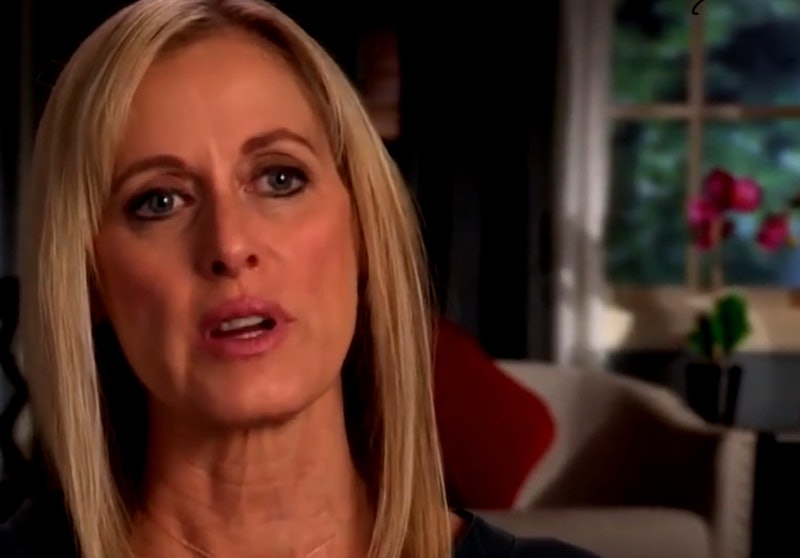 Throughout Making a Murderer's first season, all of Steven Avery's personal relationships were dissected. From the troubling letters he allegedly sent his former wife to the good times he shared with the people around him when times were simpler — all of it was scrutinized by investigators and viewers alike in an effort to determine if he was really the kind of person who would commit murder. And even after cameras stopped rolling, Avery continued to form meaningful relationships. Judging by his former fiancee Lynn Hartman's appearance on Dr. Phil, she cared for him while still having her share of reservations.

Sandra Greenman makes allegations about people that are not true. Read what the producers from Making a Murderer say about what Sandra Greenman [claims] they said about me. I can prove it is all lies to make me look bad so nobody will listen to what I have to say about Steven Avery. They did not want the letters Avery wrote to me, getting out. They did not want me to disclose what Avery said to me on the phone, and did not want me to prove that they are lying, and that I believe and know that, Steven Avery is a violent criminal who is right where he belongs.

I would like to add that I was fooled by MAM Season 1 , like many others, and felt very sorry for Steven Avery and genuinely wanted to help him, and was at a vulnerable time in my own life, which I believe was the perfect scenario for Avery as he is a predator for vulnerable women. I believed in him. After the Dr. Phil show, Avery was very insecure due to all of the reports back to him by Greenman and other supporters who wanted to see me gone. Sandra Greenman was green with jealously from the beginning. As a result, the true side of Steven Avery emerged and he showed me how unstable and violent he really is, so I broke it off with him immediately after that. I have the letters to prove it and I have letters that prove Avery was still [pursuing] me 2 months after I blocked his calls. I had to get a no contact order through the prison to keep him from contacting me anymore because I did not want to have anything to do with him after the frightening calls and letters which came after I refused to go see Avery after the Dr. Phil show.

EARLIER: Avery was convicted in 2007 of murdering Teresa Halbach, a freelance photographer who had visited his family's auto salvage yard to photograph a vehicle for AutoTrader magazine, according to Newsweek. He remains in prison, but has maintained his innocence, and Netflix's Making a Murderer explored allegations that the investigation may have been inappropriately manipulated by authorities — something the Manitowoc County Sheriff's Office declined to comment on to Bustle. Avery is currently working with another lawyer, Kathleen Zellner, to prove his innocence.

The answer to what truly happened to Halbach remains unclear, but Hartman told Dr. Phil that she was moved to contact Avery after watching the docuseries. "I watched the documentary and I concluded that he was set up. I thought the state of Wisconsin saw Steven Avery as a disposable person," she says in a clip from the 2016 episode. "I wrote a letter that night, and a couple of weeks later was very surprised that he wrote me back."

They embarked on a long-distance and certainly untraditional romance, and quickly moved on to the idea of getting married. They continued to exchange cards and letters, and Hartman visited him in prison. On Dr. Phil, she seems happy during her interview, and tells Dr. Phil that she felt an "instant connection" with Avery after watching the documentary.

Dr. Phil hears her out, but ultimately, he's skeptical of the relationship. When he asks her if she'd be willing to live alone with Avery out in the woods, Hartman says she would not. Dr. Phil says if she thinks there's absolutely no chance he's guilty of the crime at hand, then she's "naive."

Then, in an update published about a year later, found above, Hartman issues a statement that makes it quite clear things aren't the same anymore. She doesn't appear on the show itself, but her words are projected onscreen for all to see:

"After appearing on the Dr. Phil show last year, I received threatening calls and letters from Steven Avery. I blocked calls from Mr. Avery, and had to ask the correctional institution to issue a no-contact order, to prevent any further communication or contact from Mr. Avery. The threatening letters were so graphic and evil, that I no longer believed Mr. Avery was innocent of the crimes he was convicted of, so I ended the relationship Oct. 1, 2016. I have taken many measures to ensure my safety and the safety of my family by alerting law enforcement and reporting the threats to the authorities."

No more details were offered about what the alleged threats entailed, but it seems clear that their relationship is long over as it stands today. As Making a Murderer Season 2 approaches, perhaps it'll shed more light on what exactly happened between the two former lovers.