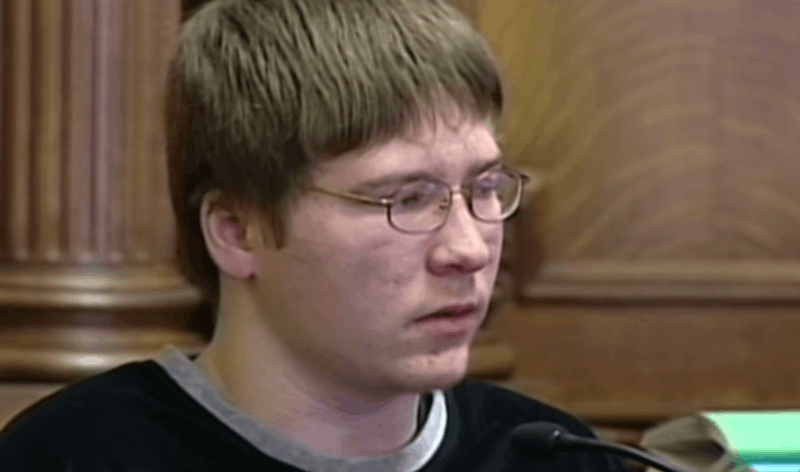 In 2015, Making a Murderer helped transform modern true-crime television, retreading the fraught and winding story of Steven Avery and his nephew, Brendan Dassey, who were both sentenced to life in prison for the 2005 murder of Teresa Halbach. Now, roughly a decade after the men's convictions, the Associated Press reports that a federal court has upheld the ruling that Dassey's confession was coerced, which means that he could soon be released from prison after 10 years behind bars. Bustle has reached out to Dassey's lawyers and the Manitowoc County sheriff's department for comment, but has yet to receive a response.

Update: "Brendan has sought justice for more than a decade; and today, we find ourselves a significant step closer to achieving that justice," Steven Drizin and Laura Nirider, Dassey's attorneys, wrote in a statement on Thursday. "We are overjoyed for Brendan and his family, and we look forward to working to secure his release from prison as soon as possible."

Earlier: At least part of this decision can be attributed to Making a Murderer, which thrust Avery and Dassey's case into the national spotlight and ignited conversation about injustices within the legal system. Last August — eight months after Making a Murderer debuted — a federal judge in Milwaukee overturned Dassey's conviction. Dassey, who was 16 at the time of Halbach's death, previously told detectives that he helped his uncle rape and kill Halbach in the Avery family's Manitowoc County salvage yard.

Making a Murderer, however, made the case that the confession was partially or fully coerced. The Manitowoc County sheriff's department has maintained throughout that the interrogation was standard protocol and did not lead to a false confession. And Manitowoc County Sheriff Robert Hermann told The Wrap in January 2016, "We’re not pleased with the way the film has portrayed us."

The Milwaukee judge affirmed that theory, ruling that the confession was improperly obtained due to Dassey's age, intellectual deficits, and lack of adult present for his questioning, and that it was involuntary under the Fifth and 14th Amendments of the U.S. Constitution.

On Thursday, a three-judge federal appeals panel in Chicago sustained the August ruling. According to WBAY, the decision reads:

In sum, the investigators promised Dassey freedom and alliance if he told the truth and all signs suggest that Dassey took that promise literally. The pattern of questions demonstrates that the message the investigators conveyed is that the "truth" was what they wanted to hear ... Dassey, however, had trouble maintaining a consistent story except when he was being led step-by-step through the facts, thus confirming that his confession emerge not from his own free will, but from the will of investigators.

Now, the State of Wisconsin has 90 days from the court's order to retry Dassey.

Regardless of your thoughts about the story, the fact that a TV show was able to influence Dassey's case — at least partially — speaks volumes about the way media can impact real-world issues.