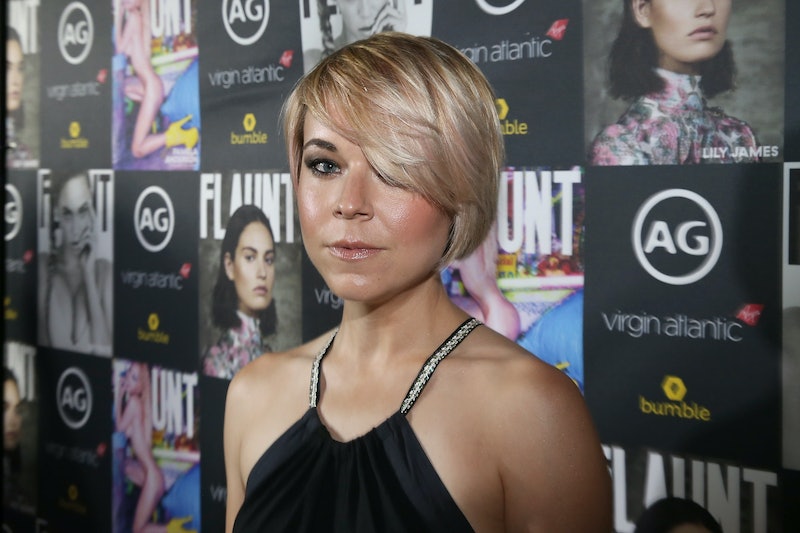 After Hulu dropped the new season of Veronica Mars a week early, Marshmallows rejoiced at the return of the show's iconic characters. One fan-favorite Neptunite was noticeably absent, however. Mac isn't in Veronica Mars Season 4, and Tina Majorino's explanation for why everyone's favorite hacker wasn't in this new batch of episodes actually makes a lot of sense.

Before the season premiered, Veronica Mars creator Rob Thomas had explained Mac's absence from the show, saying that Majorino had scheduling conflicts to explain her absence from the show. But the actor herself hadn't commented until now. Majorino has made her first public statement on the matter to TVLine on Monday, July 22, and it looks like there was more to the story after all.

“I have a very deep love for the character of Mac and my goal from the beginning has always been to give her and her trajectory the respect she deserves," Majorino said in a statement to TVLine. She continued, saying that when Thomas pitched her Season 4, it was clear that "Mac was not an integral part of this new path. I respect that greatly."

The actor went on, noting how much the character of Mac meant to her, saying,

When Mr. Thomas first wrote this part for me, I was an 18-year-old young lady who got to grow up playing a character I adored. She got to grow with me as did those who were watching. When he came to me with the offer for this new revival, I was excited at the prospect, just as excited as I was when the film was given the go-ahead by our wonderful fans. But the schedule reflected to me the diminished value of Mac in this new world of Veronica Mars."

Majorino wasn't wrong in feeling like Mac's proposed role would have been reduced in Season 4 — in fact, Thomas agreed. As he told TVLine, “When we spoke, she asked me what her storyline would be, and I bluntly said, ‘Well, you won’t have your own storyline.' ... I told her that the series-regular characters are taking a backseat to the [over-arching] mystery."

Thomas added that he wasn't sure whether it was the smaller part or scheduling conflicts that kept Majorino from participating. "I don’t know if that’s why she opted out or if she had other obligations," he said.

Evidently, Majorino isn't leaving any room for confusion about why she chose not to return to Neptune. Her statement concluded:

“There was no room for my beloved hacker queen and, as conversations continued, that only became more clear. ... So, I made the decision not to participate. I was so pleased with where we saw her end up in the movie that I didn’t want to demean that by making an appearance that would not satisfy me, Mac, or the viewers. I am so grateful to have been a part of this show and the subsequent film and I hope it will bring everyone involved as much success as the original. I hope that the fans understand my logic and I hope that they understand that there are worlds beyond Veronica Mars that we will all explore together in the future.”

Even though Mac and her friendship with Kristen Bell's Veronica are sorely missed in the new season, perhaps the actor is right. It's nice to know that Mac is in a good place, even if that means she's not helping Veronica solve the new case of the Neptune bomber.

Despite her absence, though, it looks like Majorino still has good wishes for the cast and crew of Veronica Mars. And, according to TVLine, Thomas is still hopeful about the possibility of working with Majorino again in the future. So, who knows, maybe Mac can return for a Season 5?

More like this
Netflix Shut Down 'Bridgerton' S3 Rumours About A “Very Dark” Storyline
By Bustle
Rupert Grint Just Shared A *Major* Update About Ron Weasley’s Future
By El Hunt
Everything To Know About 'Only Murders In The Building' Season 3
By Gretchen Smail and Kadin Burnett
This 'Gossip Girl' Wardrobe Error Has Gone Viral On TikTok
By Alyssa Lapid
Get Even More From Bustle — Sign Up For The Newsletter
From hair trends to relationship advice, our daily newsletter has everything you need to sound like a person who’s on TikTok, even if you aren’t.