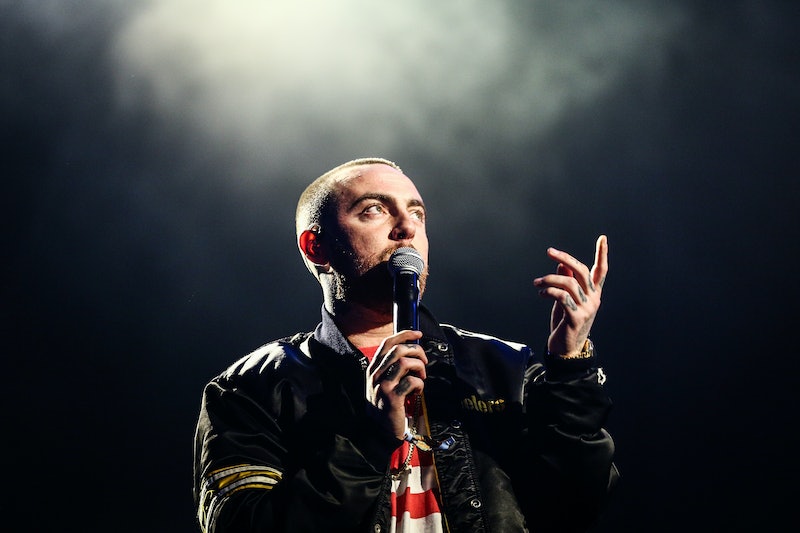 Mac Miller has been terribly missed since his passing in September of 2018, but fans can still make more memories and honor the late rapper with his new music. Record producer 88-Keys released Mac Miller's new posthumous song "That's Life," on Thursday, June 20. Miller is featured on the verses with Sia on vocals, and it marks one of his first posthumous tracks to be approved for release by his family.

Miller died on Sept. 7, 2018, of an apparent overdose after having publicly struggled with addiction and sobriety, something he mentions on this new track. "They told me don't make a promise you can't keep/ All the drugs in your system, you can't sleep," he raps. "How many times you had to buy a Plan B for a girl you'd never bring back home to meet your family/ I swear this is what a dream about/ Ever since my mom told me she need me out/ Always smoking weed, causing trouble, never clean the house/ But I paid her back for everything, I guess we even now," he continues right at the top of the track over soulful, chilling pianos.

88-Keys expanded on the inspiration for the track in a statement obtained by Bustle. "'That’s Life' is a song which sums up the sentiments of the music I’ve been working on over the past few years," he said. "We all have to forge through the good, the bad and the ugly. Mac came up with the concept for the song stemming form a conversation we had in the studio about relationships as we shared with each other what made the ones we were in at the time special."

According to 88-Keys' statement, he played the song for Sia who "personally identified with the sentiments of the song and felt strongly about contributing her own thoughts on the subject matter." The singer, who tackled addiction in her own hit "Chandelier," ended up contributing a moving and beautiful verse to close out proceedings. "At the end of it all," he said, "my dear friend Mac and my new found friend Sia helped me make a song to touch the world and help many deal with adversities we’re faced with, but 'That’s Life.'"

In an interview published on Thursday, 88-Keys told DJBooth that the song was recorded in February 2015, back when the rapper was recording his album GO:OD AM, and that the song ended up inspiring that title. "There was no mention of that title in the song, but it just inspired the title of the album," he said. "I vaguely recall him saying that this was one of the best songs he had ever made. He hadn’t made a song quite like that before."

"That's Life" follows Miller's first posthumous feature on the Free Nationals' "Time," alongside Kali Uchis, which was released on the same day that his former girlfriend and collaborator Ariana Grande paid tribute to the rapper when she performed in his hometown of Pittsburgh.

It seems fans haven't heard the last of Miller just yet. Let's just hope that, like "That's Life," any future releases come out with the blessing and support of Miller's family to honor the rapper in the way that he deserves.