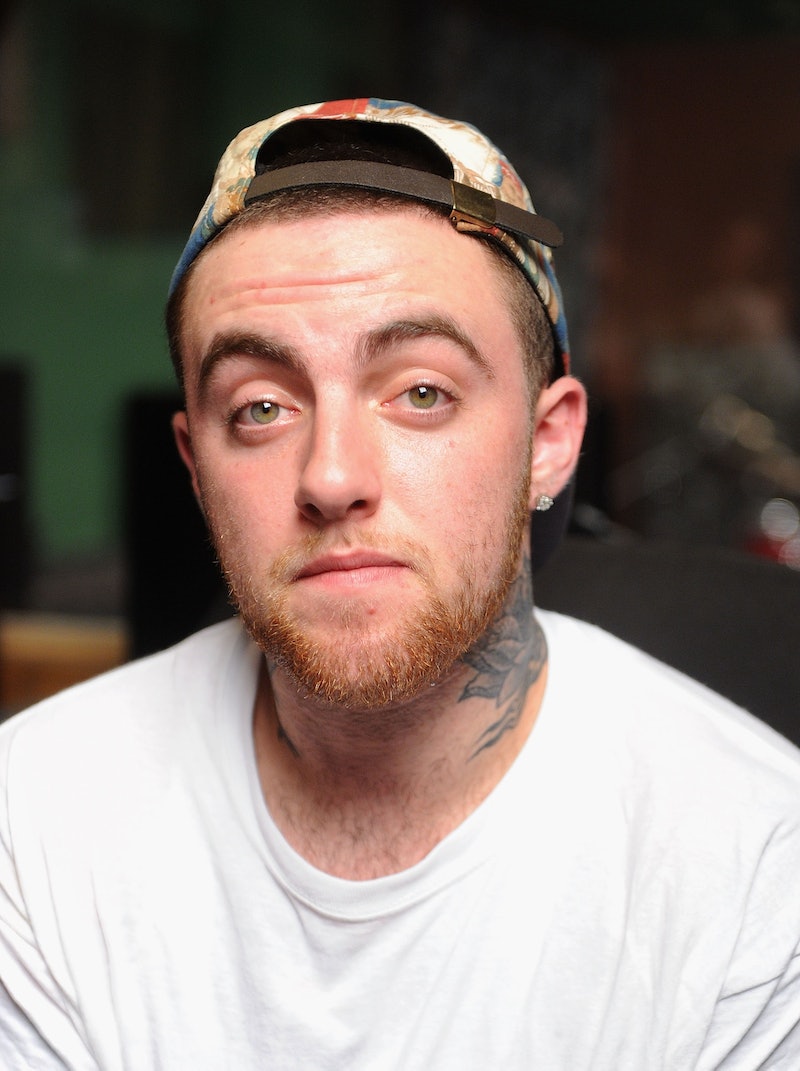 In very unexpected, sad news, TMZ reported on Friday that Mac Miller has died at age 26. The site is also reporting that the artist's death was the result of an apparent overdose, though this detail has yet to be confirmed. Soon after TMZ's report, Us Weekly also tweeted about Miller's passing, and E! News confirmed the news as well. (Bustle reached out to reps for Miller for comment, but did not receive an immediate response. Bustle also reached out to the Los Angeles Police Department.)

UPDATE: On Friday evening, the rapper’s family released a statement to E! News:

EARLIER: According to TMZ, who cited law enforcement sources, Miller was reportedly pronounced dead on the scene after being found in his California home around noon on Friday. However, no further details are currently available.

Not long after word spread, fellow musicians began mourning Miller on social media, including Chance The Rapper and Wiz Khalifa. Chance wrote a heartfelt message, reflecting on the time they worked together:

"I dont know what to say Mac Miller took me on my second tour ever. But beyond helping me launch my career he was one of the sweetest guys I ever knew. Great man. I loved him for real. Im completely broken. God bless him."

Likewise, fans are sharing videos and lyrics, as well as memories of Miller. There's an outpouring of support all across Twitter.

Making the news especially upsetting, Miller had tweeted about his upcoming tour just a day before and how much he was looking forward to it. The performances were set to begin on Oct. 27, and he wrote, "I’m bringing a band. The show is going to be special every night. I wish it started tomorrow."

Additionally, an in-depth profile of Miller was published to Vulture on Thursday titled "Mac Miller Perseveres," along with the line: "The rapper and musician knows you think he’s had a bad year, but it’s more complicated than that." When discussing his 2014 mixtape, which included "ominous lyrics about hard drugs and musings on premature death," per Vulture, Miller told the publication,

"I used to rap super openly about really dark sh*t, because that’s what I was experiencing at the time. That’s fine, that’s good, that’s life. It should be all the emotions.”

And while Miller spoke to Vulture about the pressure of the spotlight, he also mentioned the power of not letting public perception control him anymore. "I could live this squeaky clean life and everything," he explained. "I could try to control the media. But I’ve been finding freedom in just living and letting people say whatever the f*ck they want."

Now, those comments are much more poignant, yet highlight just how open he was with his fans. It's also a powerful message about not letting others define him. While the details surrounding his passing remain unclear, one thing is certain: Fans are mourning this major loss, and his music will live on.

More like this
Snoop Dogg & Michelle Pfeiffer Lead Moving Tributes To Coolio
By El Hunt
Everything To Know About Taylor Swift’s 10th Studio Album, 'Midnights'
By Grace Wehniainen and Jake Viswanath
How Ghosts Inspired Kesha’s New Music
By Jake Viswanath
Beyoncé’s Special Tribute To Sister Solange Was Both Touching & Hilarious
By Stephanie Topacio Long
Get Even More From Bustle — Sign Up For The Newsletter