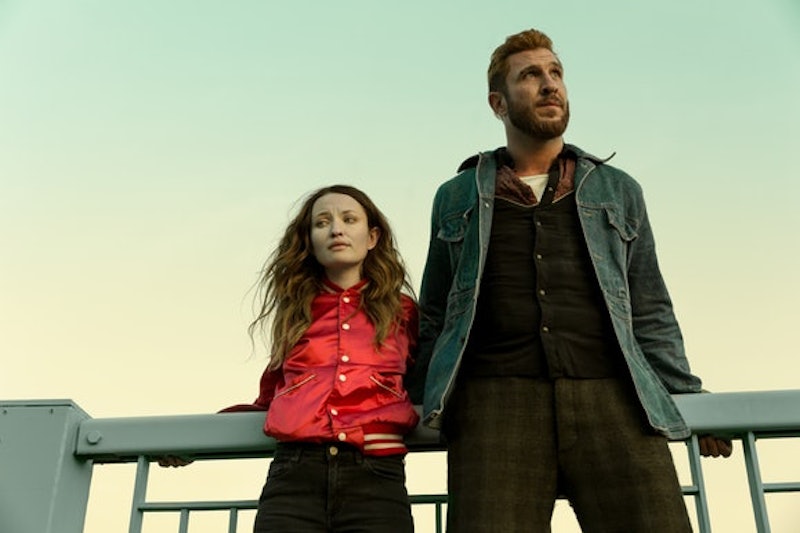 Fans of the American Gods novel may have been surprised to learn that one of the show's central pairings is Mad Sweeney and Laura Moon, two characters that don't interact in the books. However, this season's episode "The Ways Of The Dead" takes Mad Sweeney and Laura Moon's relationship to a new level by having the God and the Zombie get physical with one another. After what the two get into in New Orleans, it's hard to imagine that they can go back to their "buddies-on-a-road-trip" dynamic that audiences have seen them develop over the past season and a half.

There's absolutely no predicting what's going to happen in any given episode of American Gods. Audiences know that there's a coming war between the New Gods and the Old, but viewers will be surprised to see this sensual dream sequence where protagonist Shadow Moon has sex with a cat-eyed woman who licks his wounds. And then he discovers that he may have had sex with a real cat that is also a God. Yea, told you it was a little surprising.

It's a weird show with a lot of offbeat sex scenes for sure, but there may be no sex scene stranger than this one between Laura Moon and Mad Sweeney. (Okay — the Bilquis sex scene from Season 1 where she eats a man via intercourse is absolutely more strange than any other sex scene on the show and possibly on television, but the Laura/Sweeney scene is still very odd, indeed.)

In his ongoing quest to bring Laura Moon back to life so he can retrieve the magic coin that is currently bringing her to life, Mad Sweeney brings Laura to a voodoo-practicing couple in New Orleans. Things get off to a promising start when the couple provides Laura Moon with food she can actually taste, suggesting that their relationship with death could allow them to manipulate Laura Moon back into life. Laura goes off with the man of the couple, and Mad Sweeney goes with the woman, and the God and the Zombie soon find themselves seduced by their respective partners and engage in enthusiastic intercourse. However, through some not wholly explained shenanigans, Mad Sweeney and Laura soon discover that they're having sex with each other. It seemed all well and good at first, but the morning after the two are not very happy with each other about what went down.

While there's some precedent for everything else in the episode — including Mr. Wednesday's ongoing recruitment of the Gods and Shadow's time in Cairo — the Laura Moon and Mad Sweeney plotline is entirely original.

In the books, Mad Sweeney actually dies after he freezes to death in Cairo during a cold night having never met Laura. While Shadow is in Cairo tending to Mad Sweeney's body, Laura is MIA after saving Shadow from the clutches of some kidnappers working for Mr. World, going off on her own until they eventually reunite in the town of Lakeside, which has yet to appear in the show. In a fairly unpredictable show, there is no relationship less predictable than the combination of affection and frustration seen between Mad Sweeney with Laura Moon, and their night in New Orleans may complicate things should Laura achieve the life she seeks and get the chance to reunite with Shadow as his wife.