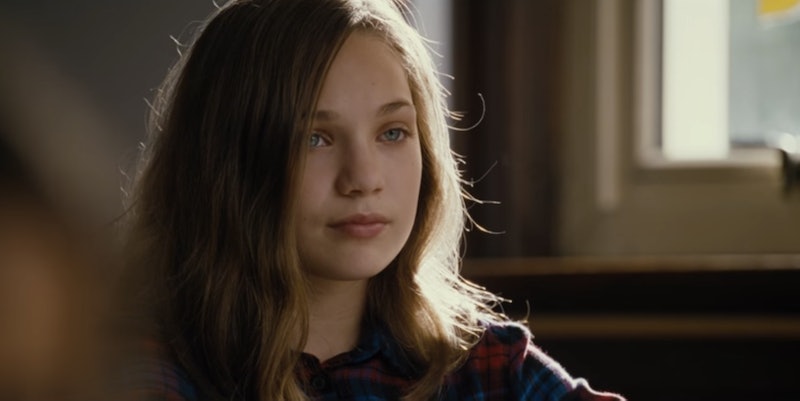 Maddie Ziegler's star continues to rise and rise, especially now that she's hitting the big screen in full. As she gears up to make her feature film debut, the former Dance Moms star offers up what appears to be, yet another, stellar performance in the recently released Book of Henry trailer — both as an actress and as a dancer.

Ziegler, the multi-talented 14-year-old, has experienced rising visibility thanks to her role as lead dancer in Sia's music videos and she now add the title of actor to her growing résumé with the slated June 16 theater debut of BOH. While she's appeared in short films and dabbled in voice acting before, this will be her first feature film role.

The movie's director Colin Trevorrow tells People that Ziegler magically transforms into her character, Christina Sickleman, "through her art" and reveals that the movie is centered around her dancing talent. Singing her praises, he explains,

"Only Maddie would’ve been able to emote through her body, and emote through her art, in the way that she does in the end of this movie. The whole climax of the movie really is structured around her dance and she does a beautiful job.”

The Book of Henry's plot follows Susan Carpenter (Watts), who, with the help of her two young sons 11-year-old Henry (Lieberher) and 8-year-old Peter (Tremblay), hatches a plan to rescue her neighbor, Christina, from the haunting danger of her police commissioner stepfather, Glenn Sickleman.

In hopes of captivating the audience in a new and unimaginable way, Trevorrow promises that the movie will be "surprising and unpredictable." He says,

“Part of what I hope will attract people to it is that it’s extremely unexpected and it takes you to places that you couldn’t really imagine the movie would ever go.”

From the looks of the trailer, Book of Henry certainly appears to be a must-see. Even if for nothing more than to check out Ziegler's first big-screen performance. She's definitely on the list of ones to watch.