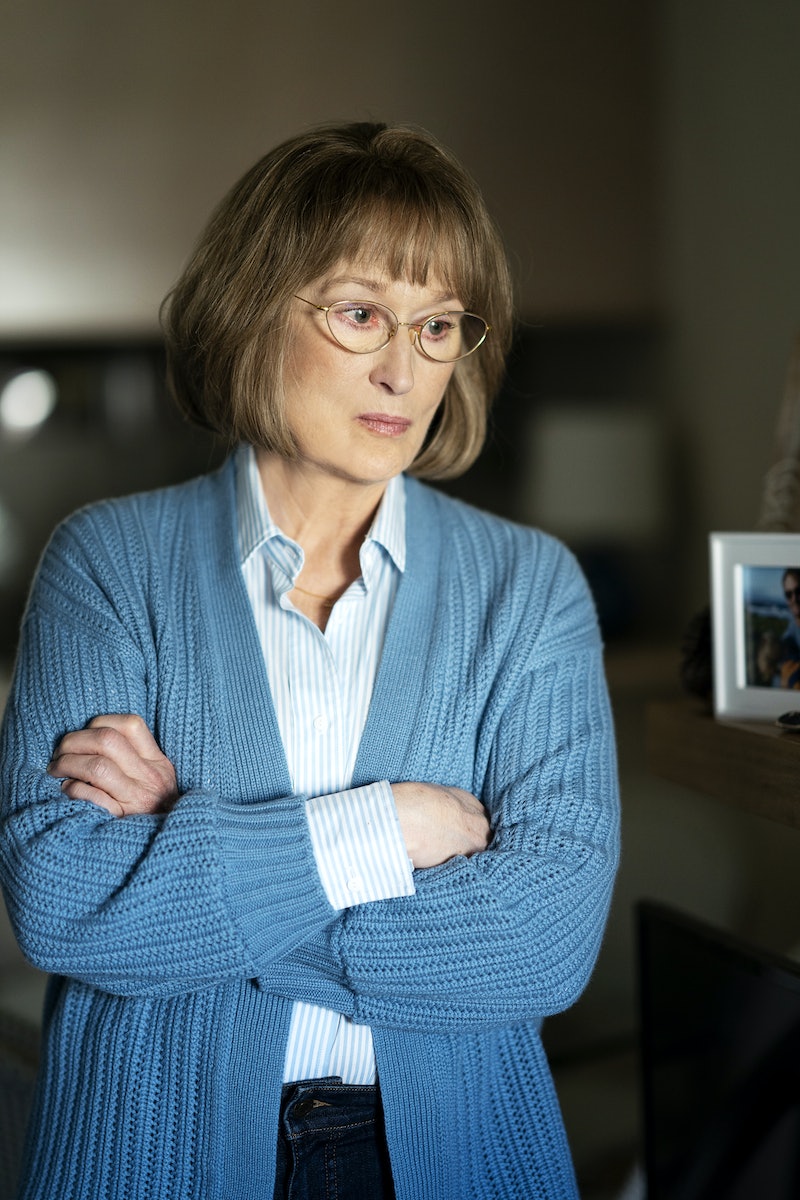 They say that revenge is a dish best served cold, which is why Twitter went into an uproar on Sunday night when Madeline didn't throw ice cream at Mary-Louise on Big Little Lies — a scene that many fans had been anticipating for quite some time. Last year, set photos of Season 2 got out and featured Reese Witherspoon's character, Madeline, tossing ice cream at Meryl Streep's Mary-Louise. The photos became instantly iconic and the subject of several memes, but viewers were eager to see the premise behind the dessert-throwing act and what incentivized Madeline to sacrifice such a delicious treat.

Yet for all the hype the set photos received, the scene ended up being cut from the episode entirely. Sure, there was an instance where Madeline and her daughter Abigail had ice cream cones in their hands and they did have a tense altercation with Mary-Louise during that time. Unfortunately, however, it didn't result in any sort of food fight, much to the dismay of many fans. Mary-Louise just walked away from the conversation with nary an ice cream topping atop of her head. To say that it left people disappointed would be an understatement and Twitter had no qualms about letting their feelings on the matter be known.

So what exactly happened to convince the writers to omit such a pivotal scene from the series and perhaps most importantly, is there any possible way for fans to watch it? Though it remains unclear why the moment was cut, Streep did chat with Entertainment Tonight about it back in May and revealed that viewers will, in fact, be able to see her character get pelted with ice cream, but they'll have to wait a little while in the process.

"[Reese] just told me it's not in the show!" Streep revealed to ET when asked about ice cream toss scene. "It's [going to be] in the DVD extras." That may feel like a long ways off right now, but it's comforting to know that the footage hasn't been lost forever. A time will come when you can watch this Madeline and Mary-Louise showdown and give it the praise it so deserves. That ice cream was not sacrificed in vain!

Nevertheless, Twitter is still in an uproar over the matter and demand justice from HBO.

In fact, one fan in particular felt like they knew the reason behind why the scene had to be taken out...

Witherspoon has yet to directly comment on the ice cream scene's removal, though, she did post a tweet on Monday, indicating how fondly she looks back at that moment.

Needless to say, if the network higher-ups thought it could remove the scene without anyone being the wiser, they were sorely mistaken. One could even go so far as to joke that this has proven to be the biggest little lie of them all. Even Kathryn Newton, who plays Madeline's daughter on the series, took to Instagram to comment on the subject, calling the scene's removal the "Biggest little lie of all time !!!"

The series still has a lot of loose ends to tie up before Season 2 comes to a close, but now the world can rest easy knowing that some day in the not-too-distant future, Mary-Louise will get a taste of her own frosty medicine — with some sprinkles on the side.