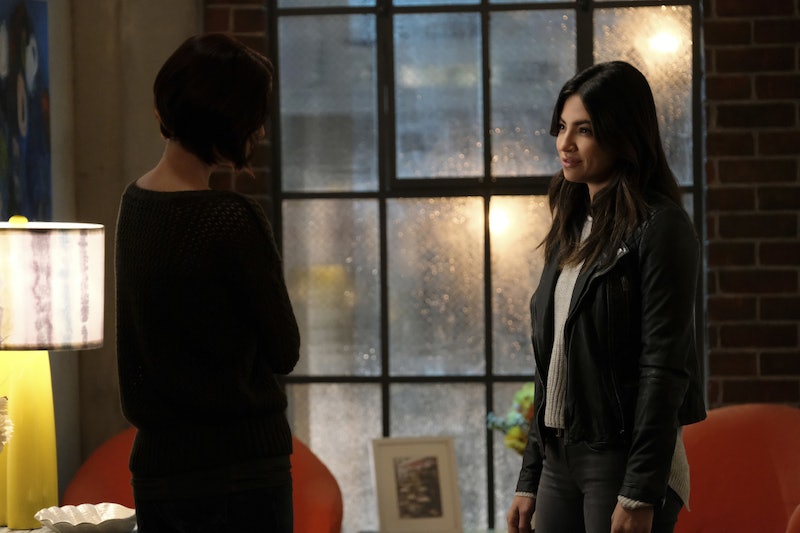 I knew the dorky Danvers routine was too good to be true. Finally we have proof that Kara is not unrecognizable in National City. Maggie knows Kara's secret on Supergirl. She is a detective, after all.

Granted, there aren't too many people in the city who are up close and personal with "both" Supergirl and Kara Danvers. It also helps that Maggie is dating Alex, who is obviously close to her sister/coworker at the DEO. If anyone was going to figure out by themselves, it was going to be Maggie.

Alex had a bit of a panic in Monday's premiere episode. When Kara was in trouble, she blamed her relationship bubble and tried to break ties with Alex in order to better focus on helping her sister. After all that Alex has been through, she is still hesitant to believe that she deserves happiness. Luckily, the two resolved things by the end of the episode without too much conflict.

There's a reason that Maggie and Alex make a good team. They can be there for each other emotionally, romantically, and in the field together. By ripping off the bandaid and revealing that she had discovered Kara's secret identity, this relationship became one of the most trusting in superhero television history.

It also must be nice for Alex to have someone to talk to about her sister's otherworldly vigilante lifestyle who isn't a coworker. Most of all, Alex Danvers may live in a heightened world of aliens with evil plans, but she still deserves a break! Play hookie with your girlfriend. It's fine. Everything worked out in the end.