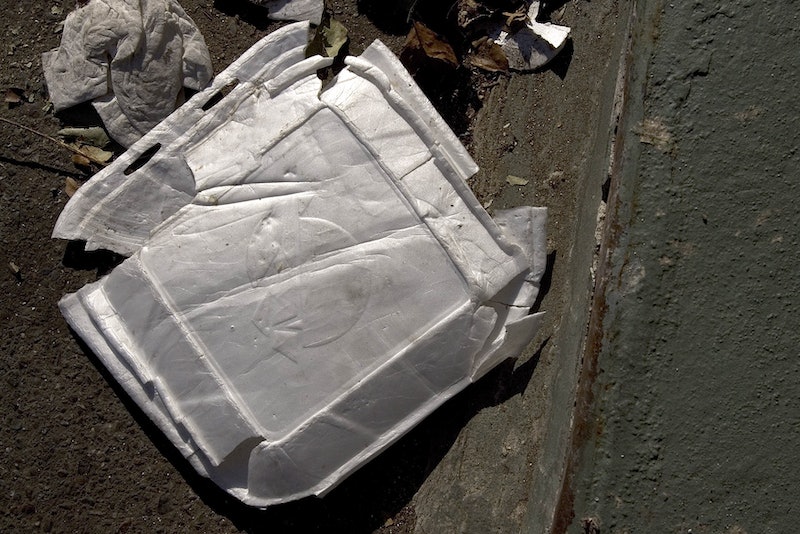 In its fight for a cleaner environment, Maine became the first state to ban Styrofoam single-use food and drink containers, according to CNN. The state's Democratic Gov. Janet Mills officially signed the legislation to ban polystyrene on Tuesday, and the law will take effect on Jan. 1, 2021.

Under this particular law, Maine will prohibit grocery stores, cafes, food vendors, restaurants, and other enterprises from utilizing Styrofoam. But the law does not apply to hospitals where Styrofoam is often used for storing blood among other purposes. The law also doesn't apply to seafood shippers or pre-packaged meat vendors, including programs like Meals on Wheels, according to the Associated Press.

Per WPTV, Sarah Lakeman, Sustainable Maine project director for the Natural Resources Council of Maine, emphasized the need to curb environmental pollution in the state, including the use of Styrofoam. "With the threats posed by plastic pollution becoming more apparent, costly, and even deadly to wildlife, we need to be doing everything possible to limit our use and better manage our single-use plastics — starting with eliminating the use of unnecessary forms like plastic foam," she told the outlet.

For years now, researchers have been explaining the troubling effects of Styrofoam on our environment. In a study published by the United States National Library of Medicine in 2014, researchers Bożena Graca, Magdalena Bełdowska, Patrycja Wrzesień, and Aleksandra Zgrundo noted that Styrofoam debris was a potential carrier of mercury — which is highly toxic for living beings. The authors further wrote that such mercury-carrying Styrofoam debris contaminated the food of "many different water and land organisms."

In yet another study carried out by the California-based environmental advocacy group Clean Water Action, researchers wrote in 2011 that marine organisms would frequently mistake Styrofoam for actual food and eat the material. For many sea creatures, this mistake can become fatal. After all, in September 2018, The New York Times reported that "just a few" pieces of such debris could end up killing sea turtles.

The issue of single-use Styrofoam containers also caught the attention of the United Nations in 2018. That year, the organization released its very own study on the material and proposed measures to reduce its use around the globe in a paper called the "Roadmap to Sustainability." In particular, the study highlighted how Styrofoam is not biodegradable and how that hurts the environment. The research noted that Styrofoam "can take up to thousands of years to decompose, contaminating soil and water."

It's possible that other states will join Maine in its goal to create an environment that's less riddled with plastics. In fact, the National Caucus of Environmental Legislators has already pointed to other states in America that are currently working on legislation to ban single-use Styrofoam. These states include Colorado, Oregon, North Carolina, Connecticut, and Maryland. As the United Nations noted in 2018, such legislation at the state level can carry a profound impact on our environment, which can ultimately make the world a cleaner, healthier place.