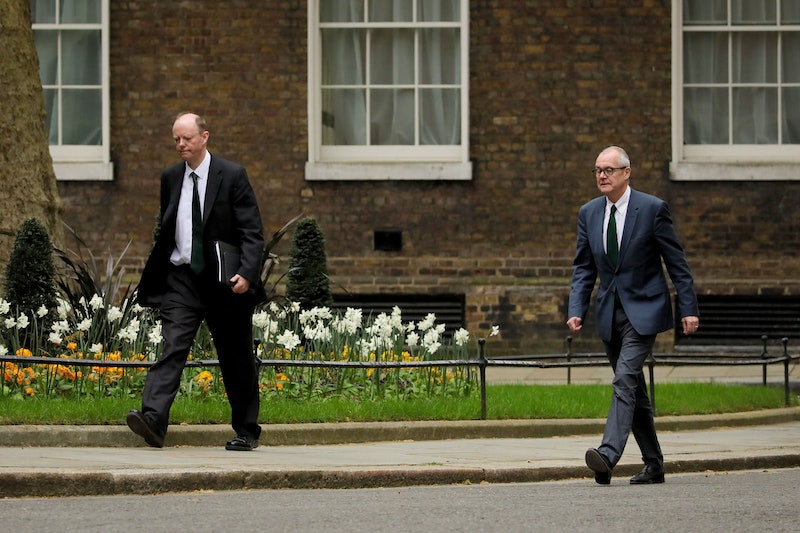 From advising you on how to best keep yourself safe to what the near future may hold, TV and radio news shows have been packed with experts over the last few months. The pandemic has proven to be a really uncertain time and no area of life has been left untouched. The way you work, live, and socialise has totally changed. However, a report has revealed that the voices on air haven’t been diverse. There’s been an overwhelming number of male experts on news shows during the pandemic. While many mainstream news platforms have committed to getting a wide range of voices on air, a project at City University has highlighted how that isn’t being achieved.

According to stats collected by the Expert Women Project, almost three times as many male as female experts featured on the UK’s main TV and radio news programmes in March. There was an imbalance of 2.7 men for every female expert appearing on the BBC Radio 4’s Today Programme, BBC News At Ten, ITV News at Ten, Kay Burley’s Breakfast Show on Sky News, Channel 4 News and Channel 5 News.

Throughout the lockdown many news shows have been trying to make sense of the government's reaction and establish what to do going forward. Lis Howell, professor emeritus of journalism at the university and director of the EWP, said via the Guardian, “those men were mostly politicians or advisers put forward by the government. Editors have expressed frustration with this. It probably reflects the fact that the cabinet has a ratio of five men to one woman at the most senior level.”

In February the EWP recorded an average of 1.9 male experts appearing on the news programmes for every female expert. The biggest imbalance on Radio 4’s Today Programme where there was an 11.5 to one ratio of men to women. However, this was described as a “blip” due to coverage of the budget and Sarah Sands, editor of the Today Programme, told the Guardian , “achieving a diverse range of guests is very important for Today and across the BBC we have actively been working to ensure more gender balance on air.”

The EWP is working to improve gender ratios on mainstream news channels. The report noted that after lockdown was implemented Editors were able to shift the conversation to healthcare and the number of female experts went up “noticeably.”

More like this
Pret & Costa’s Coffee Is The Strongest On The High Street, According To Which?
By Sam Ramsden
This Is When Netflix Is Going To Start Charging You For Sharing Passwords
By Darshita Goyal
Here’s Where The NHS Nurses’ Strike Currently Stands
By Sophie McEvoy
Rita Ora Finally Opened Up About Marrying Taika Waititi & Their "Perfect" Wedding
By Sophie McEvoy and Catharina Cheung
Get The Very Best Of Bustle/UK
Sign up for Bustle UK's twice-weekly newsletter, featuring the latest must-watch TV, moving personal stories, and expert advice on the hottest viral buys.