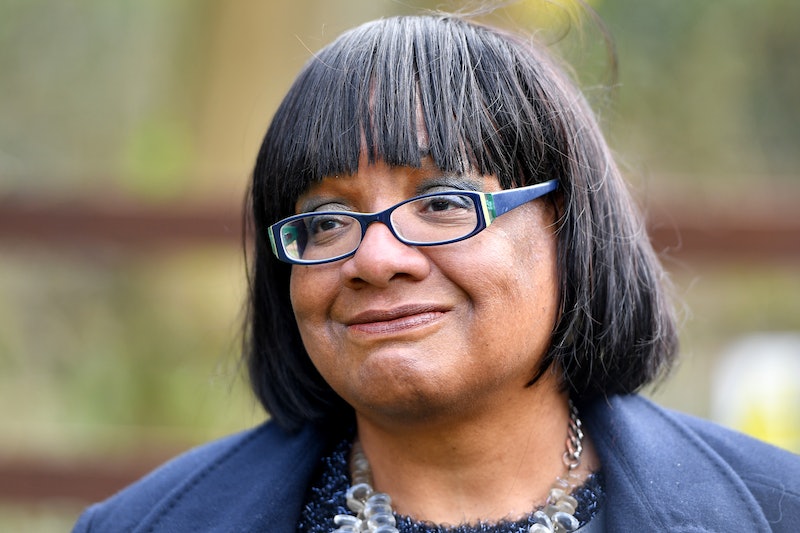 On Friday, a photo circulated online of the shadow home secretary Diane Abbott drinking on the London Overground. The Labour MP for Hackney was snapped taking a swig of a premixed M&S mojito drink. Since then, there has been a rush of support for the MP and even reports of M&S Mojitos selling out in some stores.

After the picture circulated, the Hackney MP apologised on Twitter saying, "A photo of me drinking from a can of M&S mojito on the Overground has been circulated. I’m sincerely sorry for drinking on TfL." Drinking alcohol has been prohibited on Transport For London since 2008 under former mayor Boris Johnson. It was banned to stop antisocial behaviour and for the safety of passengers. In a statement given to the Metro, a spokesperson for TFL said: "We work with our police colleagues to provide a transport service that feels safe and welcoming for everyone. Customers are prohibited from drinking or carrying open containers of alcohol on the London Underground, buses, Docklands Light Railway, tram services and London Overground.

"These rules play an important part in ensuring that everybody travelling on our transport network has a safe and pleasant journey. TfL staff, inspectors and the police deal with incidents of alcohol consumption usually through asking the passenger to refrain and dispose of the alcohol, using the opportunity to educate about the purpose of our bylaws."

Obviously, drinking shouldn't really occur on any public transport in London but, as The Guardian reports, many people pointed out that Londoners are often seen with drinks on public transport. Therapist and author Philippa Perry said, "Oh mate. We’ve all done it." Now many have come out in support of the MP. Labour MP David Lammy tweeted, "Jah Rastafari ! Why was the rum not Jamaican?" and presenter Rylan Clark-Neal tweeted the MP saying, "Try the pornstar martini next time, it’s lovely, really compliments the district line x". And a "sip a Mojito on the overground" event has even been planned.

But it wasn't just tweets, people actually came out to support Abbott and over the exceptionally warm Easter weekend, there were reports of M&S selling out of Mojitos. According to the Independent, M&S branches experienced, "a surge in demand for the ready-made rum-based drink over the weekend. Several stores, including that in the Labour MP’s constituency, sold out of the product over the weekend."

Unfortunately, Diane Abbott receives a disproportionate amount of criticism compared to other MPs. According to Amnesty International, Diane Abbott received "almost half (45.14%) of all abusive tweets in the run up to the Election." And, during the six month-period in which the survey was conducted, she received more abuse than all other women MPs. She is the first black woman in history to get a seat in the houses of parliament and has often commented on the misogynoir (racist and sexist discrimination) she receives both online and at her offices.

It's not cool to break the law, but the MP has already apologised for the incident, and I'm sure there are other MPs who have done worse. Plus it looks as though M&S have got themselves a free advertising campaign.