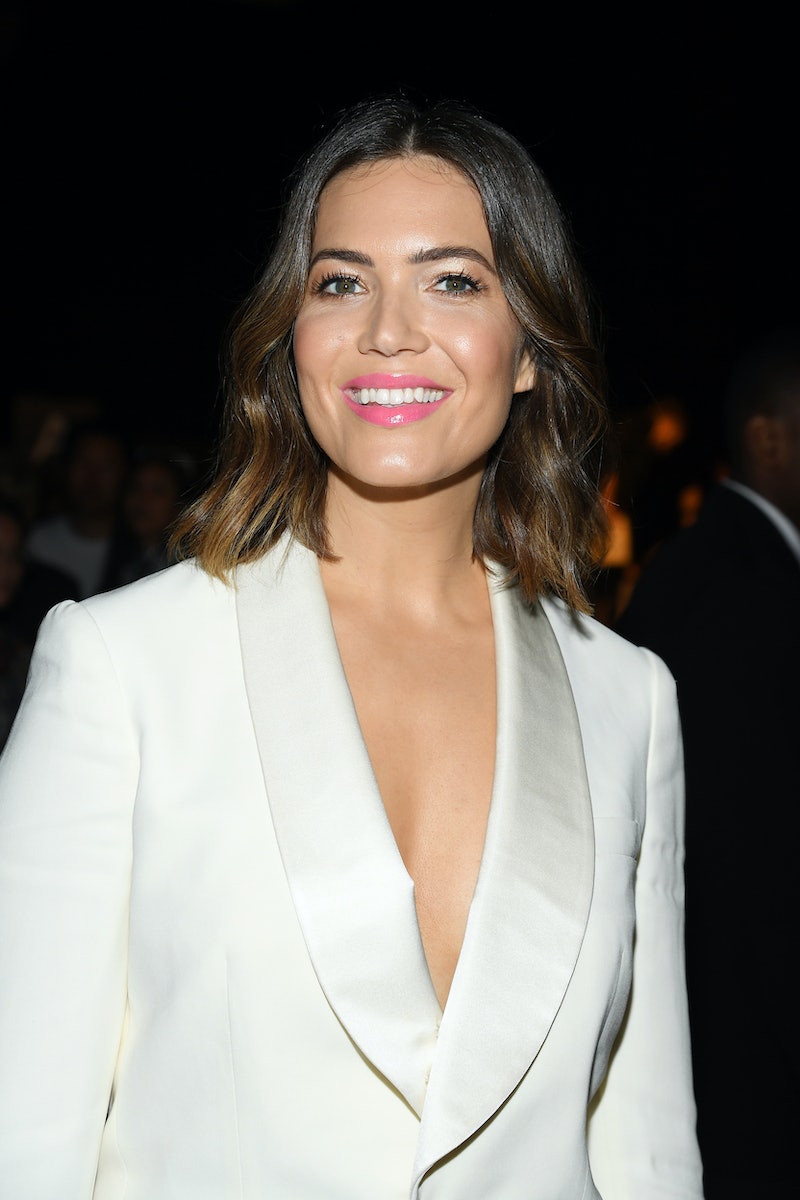 On Tuesday, July 16, the 2019 Emmy nominations were announced, and while there were plenty of projects and actors that received the recognition you assumed they would (looking at you, Game of Thrones!), there were also a few very pleasant surprises, particularly when it comes to Mandy Moore's very first Emmy nomination for This Is Us, which has honestly been a very long time coming.

Though Moore has played the Pearson matriarch on the popular NBC series for the past three seasons, she's never received an Emmy nod for the role — until now, that is. Moore earned a nomination for Outstanding Lead Actress in a Drama Series, alongside the likes of Emilia Clarke for Game of Thrones, Jodie Comer for Killing Eve, Viola Davis for How To Get Away With Murder, Laura Linney for Ozark, Sandra Oh for Killing Eve, and Robin Wright for House of Cards.

That's definitely an impressive list of some very talented women in the entertainment industry. And while only one of them will be able to walk away that night with the actual Emmy, it's just refreshing to see Moore's name listed among these Hollywood legends. Her portrayal of Rebecca Pearson has been phenomenal and, at times, downright heartbreaking. So it's about darn time her skills are finally being appreciated.

Speaking of being appreciated, Moore's co-star Sterling K. Brown was also nominated for an Emmy, in the Outstanding Lead Actor in a Drama Series category, and he could not have been more thrilled by the news. In fact, the This Is Us star took to Instagram and posted a sweet video with his son (who adorably confused Emmys with the word "enemies") to express his delight at the news. Brown also used this as an opportunity to congratulate his contenders and nominated This Is Us costars, which now includes Moore, who plays his mother on the series.

"Thank you @televisionacad for this incredible honor!!! And for recognizing #ThisIsUs in such a spectacular way!!!" Brown wrote in the caption alongside the video. "Big Up to my whole extraordinary ensemble, especially my man @sullivangrams & my momma @mandymooremm for their first nominations!!!"

In addition, show creator Dan Fogelman took to Twitter to congratulate everyone on the team who was nominated and send out his gratitude to the Television Academy for showing the series some love. "So grateful to the @TelevisionAcad for the best drama Emmy nom for #ThisIsUs," he wrote. "And thrilled to see Mandy, Sterling, Milo, Sully, Ron, Phylicia, Michael, and (my college roommate [sic]) Sidd all recognized! A great day for all of "Us." Now back to set to do a stunt with a dog."

And fans and writers are, of course, equally thrilled.

At this time, Moore has yet to release a statement or comment about her Emmy nomination, but it's only a matter of time. Hopefully she realizes, just like her cast clearly does, that she deserves this honor and has for quite some time now.

More like this
Here’s Everything Coming To & Leaving Netflix In February
By Jake Viswanath
Everything To Know About 'Only Murders In The Building' Season 3
By Gretchen Smail and Kadin Burnett
Turns Out George Clooney Is A Huge Fan Of This Classic British Game Show
By El Hunt
'Bridgerton's Regé-Jean Page Is The World’s Most Handsome Man
By Darshita Goyal
Get Even More From Bustle — Sign Up For The Newsletter
From hair trends to relationship advice, our daily newsletter has everything you need to sound like a person who’s on TikTok, even if you aren’t.