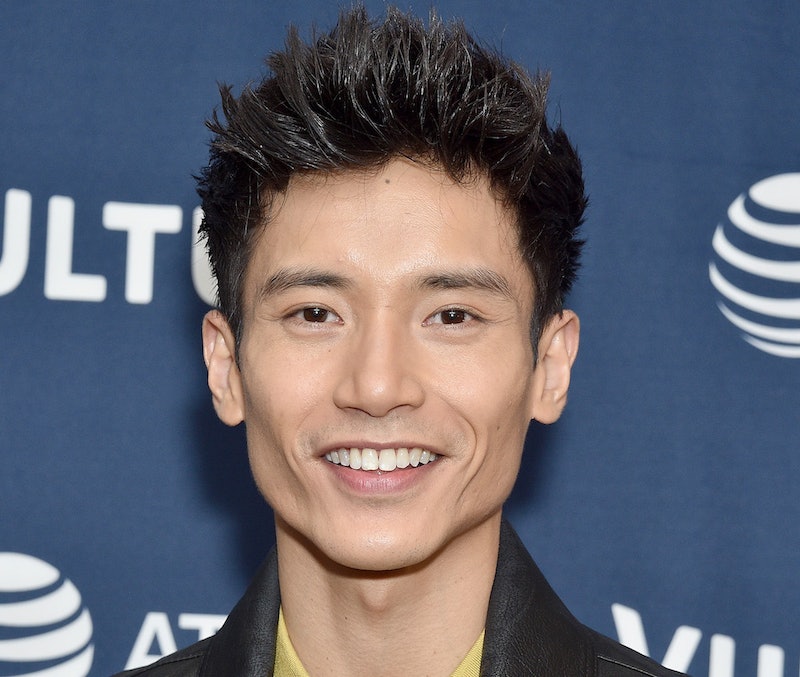 The Good Place’s resident Blake Bortles fan helped make a marriage proposal happen in real life. Manny Jacinto is engaged — and The Good Place inspired him to pop the question to his longtime girlfriend Dianne Doan. Jacinto confirmed his engagement at the 2019 Vulture Festival in Los Angeles on Saturday, Nov. 9. In a panel discussion alongside his Good Place co-stars D’Arcy Carden and Marc Evan Jackson, Jacinto revealed that his role as the lovable airhead and Florida native Jason Mendoza in the series emboldened him to propose to Doan.

“I was toying when to pop the question for a long time,” Jacinto said at the panel, per Vulture. “I looked at the Janet/Jason relationship, and there’s a sentence that Jason says to Chidi about relationships and it hit me pretty hard. I thought it was a sign that I needed to do it, and a week later I popped the question.”

For his proposal, Jacinto took Doan to meaningful locations that were their "firsts" before popping the question. “Where I first met her, where I first saw her, where we had our first date, and where we had our first dance class,” Jacinto said. “I had these canvas things written down with a message saying why the places were important to us… I took her through five different places, and at the last place I had our families waiting and I proposed.”

Doan is a Canadian actor whose credits include the Disney TV movie Descendants, Freeform series Good Trouble, and Cinemax series Warrior. Jacinto is best known for his breakout role as Jason in The Good Place, an NBC comedy that follows a group of people, demons, and all-knowing Siri-like entity (not a girl) in the afterlife.

The acclaimed series, which also stars Ted Danson, Kristen Bell, William Jackson Harper, and Jameela Jamil, is set to end in January 2020 after a four-season run. Deadline reported last week that the series would bid farewell with an extended 90-minute episode block. The Jan. 30 finale will also include a special post-show hosted by Seth Meyers and feature the entire cast.

At the Vulture Festival panel, the cast remained mum about the Season 4 finale with Carden noting that she would spend “the rest of eternity” in the “special” series finale. Jackson, on the other hand, offered a spoiler that remained true to the series and said, “Things transpire. Others don’t. End of The Good Place.”

More like this
Vanessa Hudgens Is Reportedly Engaged To Cole Tucker
By Jake Viswanath
Who Is Allison Williams Dating After Her Divorce? She’s Engaged With A Child
By Jake Viswanath
Hannah Ann Got Engaged 3 Years After 'The Bachelor' & The Proposal Was Dreamy
By Grace Wehniainen
Grammys Host Trevor Noah Made Adele's Dream Of Meeting The Rock Come True
By Brad Witter
Get Even More From Bustle — Sign Up For The Newsletter
From hair trends to relationship advice, our daily newsletter has everything you need to sound like a person who’s on TikTok, even if you aren’t.