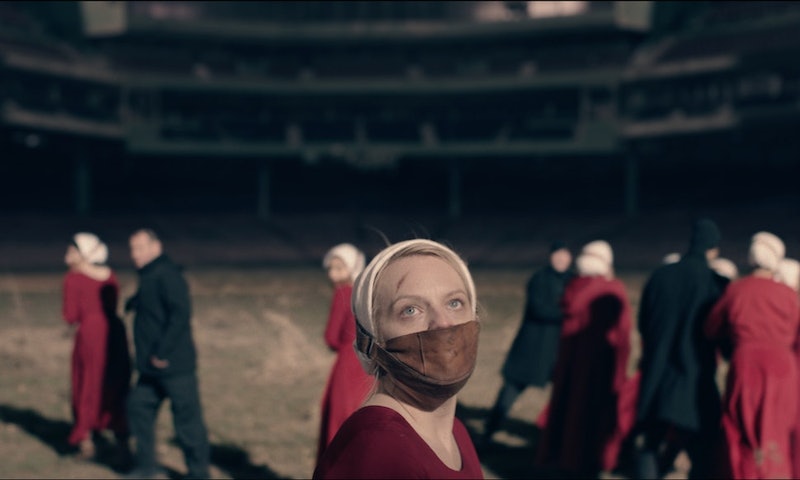 Penguin Random House announced on Wednesday morning that Margaret Atwood has written a sequel to The Handmaid's Tale, to be published on Sept. 10, 2019. The book, titled The Testaments, is set 15 years after Offred's final scene in The Handmaid’s Tale and is narrated by three female characters.

In a press release about the forthcoming book, Margaret Atwood said: "Dear Readers: Everything you've ever asked me about Gilead and its inner workings is the inspiration for this book. Well, almost everything! The other inspiration is the world we've been living in.”

The Handmaid's Tale was first published in 1985, and has since sold over eight million copies in the English language. The novel has received a burst of renewed recognition in recent years, partially because of its relevance amid the presidency of Donald Trump and partially because of the success of the 2017 Hulu adaptation, starring Elisabeth Moss. The TV show, which spans two series, has won six Emmy Awards.

The book is set in a near-future New England in a totalitarian state called the Republic of Gilead, where women's rights are severely curtailed. As a result, many women live as "handmaids" and are required to forcibly produce children for the ruling class. One such handmaid is Offred, the protagonist of the story, who must bear children for the Commander or be sent to her death. At the end of the story, she chooses to leave his home despite the risk of death. However, while that's the end of Offred's story, it's not the end of the book. There is an epilogue, which plays an important role in understanding the text as a whole, and which can perhaps provide a clue about the sequel.

The epilogue takes place in a future where Gilead no longer exists. A male professor tells the story of Offred (it's the first portion of the story to be narrated by a man, as noted in a story written for Bustle by Charlotte Ahlin in 2017), which he discovered on cassette tapes in a locker in Maine. As he relates Offred's story to the reader, he repeatedly asks them to question the authenticity of what is described. He filters her experience through his own privileged world view. He does not take a side between her and her abusers. Readers learn that Offred didn't even choose the title of her own story; "The Handmaid's Tale" was selected by the two male professors who found her tapes.

"It's a gut-wrenching ending to a gut-wrenching book, but Atwood isn't about to let us get away without considering our own place in all of this. When you read about your own history, who do you consider to be authoritative? Whose stories go untold? How often do you write off acts of hate and torture as relics from another time? 'Staying neutral' is functionally the same as siding with the oppressor, historical context or not."

Hopefully, in the sequel, the women will get to reclaim their story.