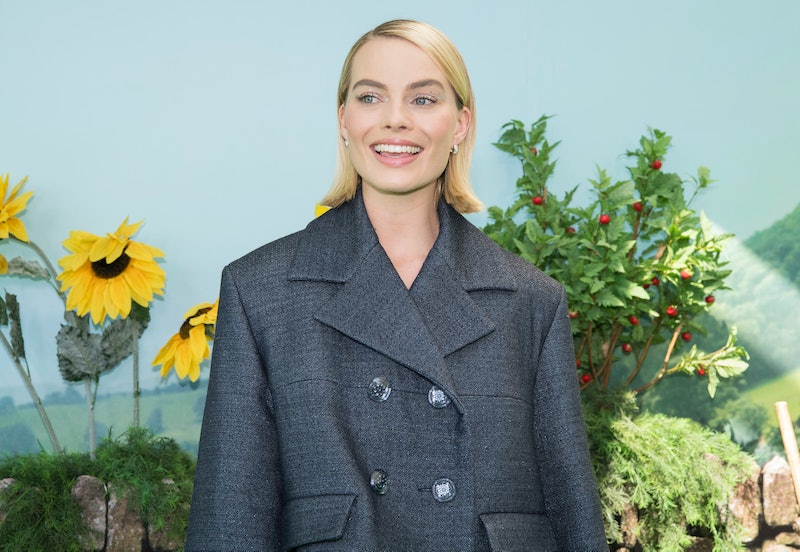 Since Love Island ended, there's been one important question on everyone's lips. It's not did Frankie really cheat on Samira, or which couple will last outside the villa, but when is Love Island: The Movie arriving in cinemas? There currently don't actually appear to be any plans for a film version, but if the producers decide to create that inevitable Oscar-winner, they need not worry about casting this year's Queen of the Villa, because Margot Robbie wants to play Dani Dyer in the Love Island film and I could not be more on board with the idea.

Speaking during an interview with London Live, Robbie revealed that not only is she keen to portray Danny Dyer's daughter, she'd also be up for making the film at her own production company. I don't know about you but I smell a hit. She explained it was Dani's accent that first caught her attention. “I’m obsessed with Danny Dyer’s daughter who’s on Love Island," Robbie said. "Her accent is so brilliant. The first time I heard her speak I thought that would be such a great accent for a character that would be so fun.”

Asked if she would be up for playing this year's winner in a film, she laughed: “Oh my God, I would just 100 percent. Why haven’t we done that yet?” Adding to the interviewer: "Come work with our company, you've got great ideas."

Think about it, Robbie is the perfect choice to play Dani (aside from Dani herself, she is an aspiring actress after all). While she might not be from the UK, she is a big fan of Dani's hometown of London and lived in Clapham for several years, even frequenting local nightclub Infernos, according to comments made to the Sunday Times. So I'm sure she wouldn't be averse to a little method acting in East London, Essex, and the set of EastEnders. She's also a bonafide Love Island mega fan. When asked about Dr Alex George's observation that she had a lookalike inside the villa in the form of Megan Barton-Hanson, she said she couldn't see the resemblance herself, but was just starstruck to hear her name mentioned on her favourite show.

She told Metro Online: "The other night we were watching and I think it was Alex who said that, and we all lost it! We were like, 'Oh my God, they know who I am on Love Island!' I personally don't see the resemblance."

And if that wasn't enough to convince you she'd be perfect for the part, she also shares Dani's down-to-earth sense of humour and modesty, as she also told the publication that she'd never be allowed on the show, saying that she and her friends watch it "drinking beer and eating crisps and saying 'We're so disgusting, we could never be on Love Island'". Yeah, right! But either way, Margot Robbie is clearly just like you and me, and so is Dani Dyer. I'm calling it now, I think this could be Robbie's Oscar.