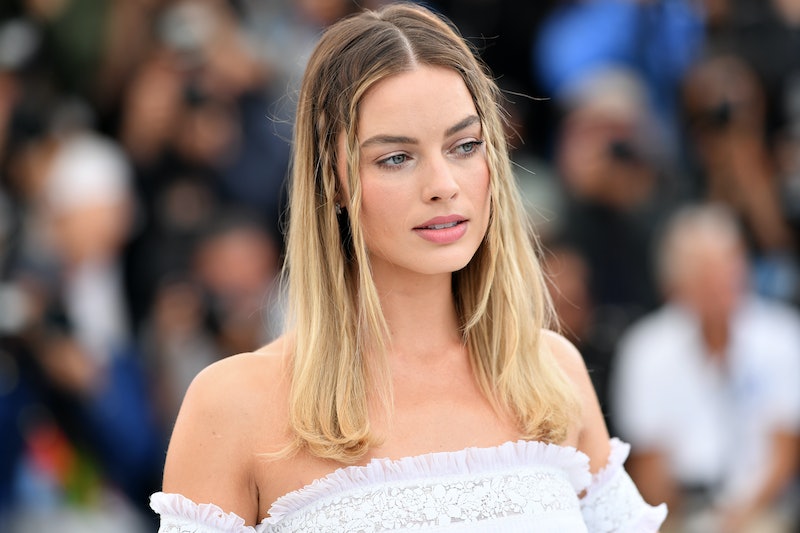 If they ever left, all eyes are back on Margot Robbie. After seeing her in a totally different light alongside Saoirse Ronan in Mary Queen of Scots, she'll be returning to her blonde bombshell ways as she plays Sharon Tate in Quentin Tarantino's upcoming flick Once Upon A Time In Hollywood. Now that she's getting interviewed for it left, right, and centre, we've been getting a better insight into her role in Tarantino's film, as well as into the actress herself. And that includes getting a glimpse of Margot Robbie's Californian Beach House, which happens to be exactly what you'd picture Robbie's house being like.

In honour of her Vogue cover story for July's issue, Robbie took the magazine for a little tour of her beach house while taking on their famous 73 Questions segment, as she riffed about her favourite designer (Coco Chanel), and the Australian she thinks that everyone should know (Troye Sivan), but there's something that most viewers were distracted by — just how beautiful and delicately decorated her beach house really is.

Letting in streams of light with its white interiors and colourful acccents — including conch shells, and several surfboards for the actress to coast by on the lazy waters outside — Robbie's beach house is every bit a piece of Californian paradise.

Between Robbie's front and back house, she sat with her interviewer on a gorgeous patio, with an outdoor dining table, which continued the white theme inside, and was already set with plates, cutlery, and a bottle of rosé to boot. The camera also got a glance of several nice, little trinkets, including a cute, rustic looking piano, some straw hats draped on the walls, as well as what seemed to be a little wooden trough filled with lemons.

Towards the end of the video, there's an appearance from Robbie's cousin Julia, who traipsed in armed with brunch supplies, to make use of that well set table on the patio. But before the both of them sat down to it, the interviewer got down to the pressing questions before leaving, as they asked: "What was it like working with Quentin?" To which the actress replied: "It was the best ever!' There are no cell phones on set... I don't think Quentin even owns one. And every 100 rolls of film everyone stops and has a drink and celebrates!" It kind of sounds like a dreamy work environment.

While the actress gushed in her cover interview that it was her "lifelong dream" to work with Tarantino, she also admitted that she feels a little wary of the public's perception of her, particular for working with a director who Uma Thurman had filed several allegations of misconduct against, when the Kill Bill actress spoke to the New York Times on Feb. 3, 2018. Tarantino later told Deadline, "I am guilty, for putting her in that car, but not the way that people are saying I am guilty of it. It’s the biggest regret of my life, getting her to do that stunt."

So, when asked about it in her Vogue interview, the actress replied: "It makes me sad if people might hold that against me despite everything else I’m doing.” By that she means all of her powerful roles behind the camera, including her Harley Quinn spin-off, which I hope should be enough to steer the conversation away from Tarantino, and back onto Robbie.