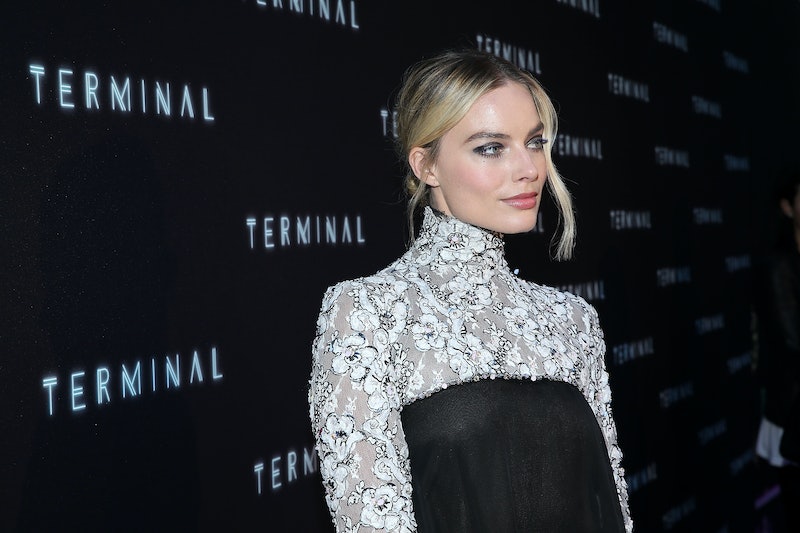 Is life in plastic really as fantastic as that Aqua song made it seem? That's a question that will soon be explored on the big screen now that Mattel confirmed to E! News that Margot Robbie's live-action Barbie movie is officially happening. Rumors about Robbie's involvement in the project have been swirling for several months, but now that the details are finally getting nailed down, interested viewers can start getting properly excited for what's to come.

Of course, the idea of a live-action Barbie film isn't a new concept by any means. In fact, this project has been slowly in the works for several years now. Initially, Amy Schumer was set to star in the role, but was forced to back out later on due to scheduling conflicts. That left Robbie to take up the mantel. And just in case you're worried that the film will succumb to some of the stereotypical tropes normally associated with the Barbie doll — such as providing unrealistic beauty standards for young girls — this movie plans on breaking that unhealthy cycle by sending an empowering message to kids.

"This project is a great start to our partnership with [Ynon Kreiz] and Mattel Films," Chairman of Warner Bros. Pictures Group, Toby Emmerich, said in a statement to E!. "And Margot is the ideal producer and actress to bring Barbie to life on screen in a fresh and relevant way for today's audiences."

So how exactly does the 28-year-old actor plan on going about doing that? For Robbie, Barbie's message will focus more on inner beauty than outer beauty.

"Playing with Barbie promotes confidence, curiosity and communication throughout a child's journey to self-discovery. Over the brand's almost 60 years, Barbie has empowered kids to imagine themselves in aspirational roles from a princess to president," Robbie explained to E! News in a statement. "I'm so honored to take on this role and produce a film that I believe will have a tremendously positive impact on children and audiences worldwide. I can't imagine better partners than Warner Bros. and Mattel to bring this film to the big screen."

So yes, while it's true that Robbie does appear to fit Barbie's longtime held attributes (blonde, attractive, etc.), she seems to have every intention of not drawing too much focus to the doll's outward appearances, but rather the underlying idea of what Barbie represents.

Barbie fuels a child's creative nature and imagination. She symbolizes the ultimate concept of dreaming big and believing that you can be anything you want to be — whether that's an astronaut or teacher or doctor or ballerina. And if that isn't an important lesson for kids to learn, then what is?

The world could use more female leads like that and with Robbie at the helm of this project, both in front of and behind the camera, it seems clear that this iteration of Barbie will prove to be a great role model to kids worldwide and prove once and for all that she's way more than just a doll.