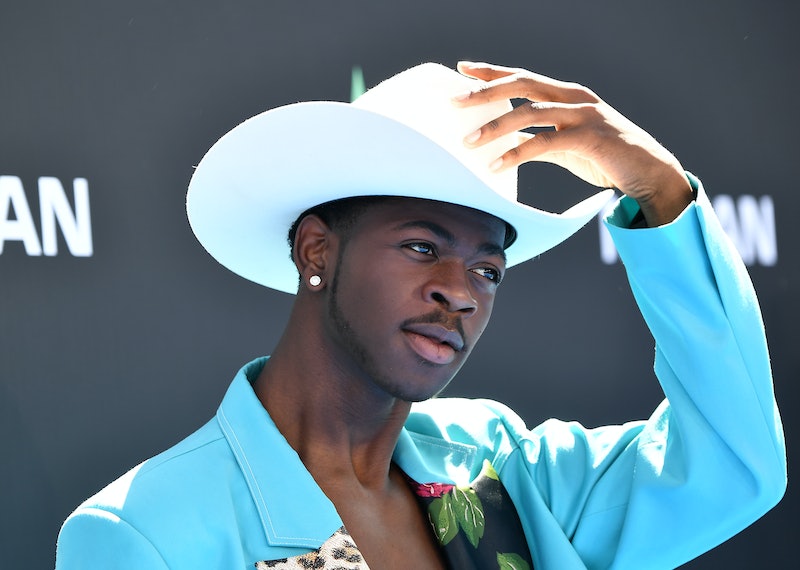 Everyone wants to take their horse to the old town road — and that includes one of the biggest divas in pop music. On Saturday, July 13, Mariah Carey responded to Lil Nas X's request for an "Old Town Road" remix collaboration with a fun tweet that will give '90s pop fans giant dose of nostalgia.

The rapper — who recently released another "Old Town Road" remix featuring Young Thug and Mason Ramsey — shared his desire to work with Carey on Friday, writing on Twitter, "ok mariah carey lets get this remix in." In response, the "We Belong Together" singer shared a throwback photo of herself wearing a cowboy hat, and pitched a new take on the unofficial song of the summer. "One Sweet Town Road!" Carey wrote, the idea of which Lil Nas X seemed very into by responding, "LETS GOOOO,"

The singer's tweet referenced "One Sweet Day," the duet that she released with Boyz II Men back in 1995, which spent a record-setting 16 weeks in the No. 1 spot on the Billboard Hot 100. Carey and Boyz II Men still hold that record (which they share with Justin Bieber and Luiz Fonsi's "Despacito"), but Lil Nas X appears to be coming for that crown. As of the time of publication, "Old Town Road" has spent 14 weeks in the top spot of the Billboard charts, and is the longest running hip-hop song ever. If he and Carey manage to add another remix to the growing number of "Old Town Road" revamps, it could be just the thing the rapper needs to set a brand new pop music record.

Lil Nas X's continued chart dominance is especially satisfying because of the fact that "Old Town Road" was pulled from Billboard's Hot Country Songs chart shortly after it was released in April. The song — which incorporates elements of trap and country music — originally debuted on three differ charts at the same time: the Hot 100, Hot R&B/Hip Hop Songs, and Hot Country Songs. However, shortly thereafter, Billboard released a statement declaring that "while 'Old Town Road' incorporates references to country and cowboy imagery, it does not embrace enough elements of today’s country music to chart in its current version," according to Spin.

While the decision earned Billboard quite a bit of backlash, Lil Nas X told Teen Vogue in June that he wasn't bothered by the controversy, and that it instead inspired him to make even more genre-bending music. "It definitely played a part [in the song's success], but it didn't overpower to the point where the Billboard situation was bigger than the song," he told the outlet. "By me being involved in something like that, it doesn't make me feel bad. It makes me feel even more accomplished in a way."

Facing down controversies, breaking down genre lines and busting taboos left and right: it's no wonder that Lil Nas X has already seemed to cement his place in the music industry, just a few months after releasing his debut single. And if there's anyone else in the industry who could appreciate a superstar making their way on their own terms, it's Mariah Carey — so hopefully, that means yet another "Old Town Road" remix is coming soon.

More like this
The Jonas Brothers' New Album Has A Very Meta Name
By Alyssa Lapid
The Spice Girls Are Set To Reunite At King Charles III’s Coronation
By Sam Ramsden
Cruz Beckham Teased New Music With An Adorable Nod To Mom Victoria Beckham
By Stephanie Topacio Long
Taylor Lautner Thought Taylor Swift's 2009 VMAs Interruption Was A "Skit"
By Alyssa Lapid
Get Even More From Bustle — Sign Up For The Newsletter
From hair trends to relationship advice, our daily newsletter has everything you need to sound like a person who’s on TikTok, even if you aren’t.