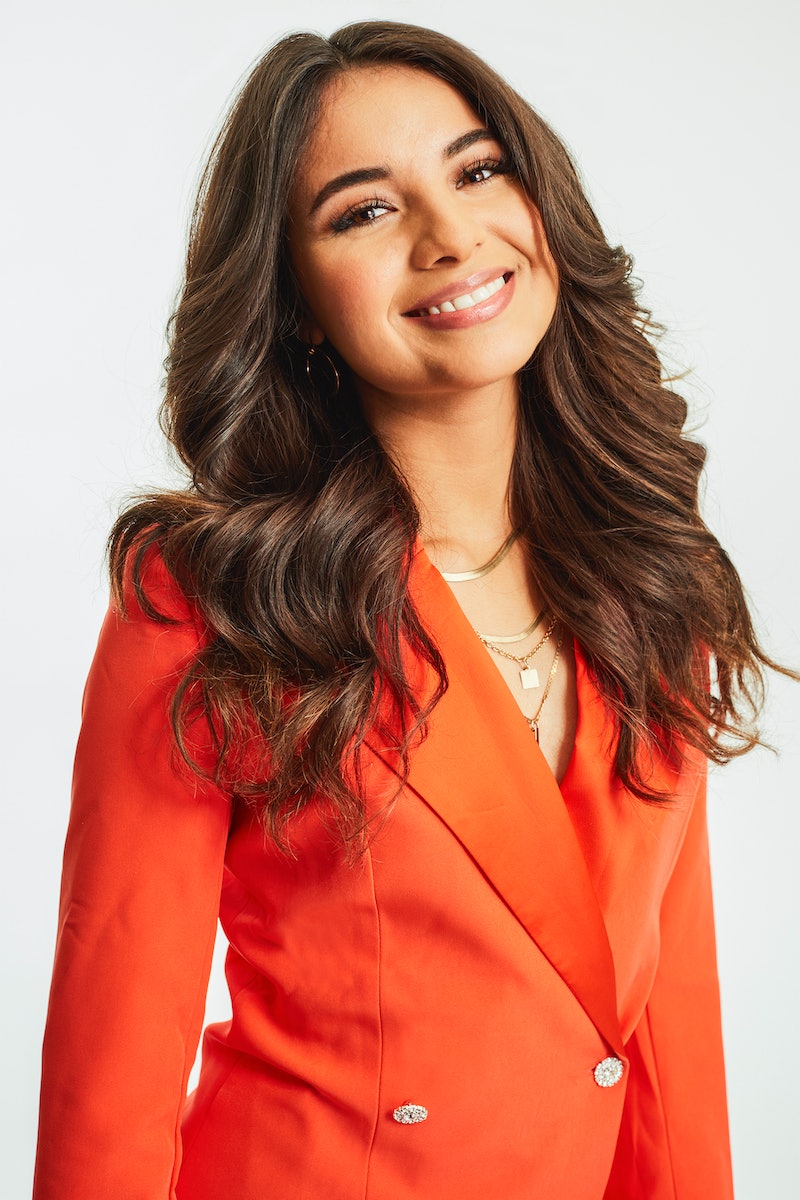 The latest Bachelor spinoff introduced the first group of single musicians during its April 13 premiere, and though viewers didn't meet Mariana from The Bachelor: Listen To Your Heart during week one, she's sure to make an impression when she makes her debut. Host Chris Harrison has billed the six-episode event as "Bachelor in Paradise meets A Star Is Born," and in an interview with E!, he promised "there's so much more invested in these people and there's so much more on the line" than is the case with music competition shows such as American Idol or The Voice.

"There are people that will stir the pot and people that change people's destiny and their way of making it in the music world, and it comes down to these relationships," Harrison explained to the outlet, adding there are "a lot of different layers that we normally don't run into on The Bachelor."

Where 23-year-old Mariana Jasel will fit into these romantic and professional journeys remains to be seen, but here's everything you need to know about her in the meantime.

According to her official ABC bio, the Dallas native "may look sweet," but "also has some spice." With Mexican and Puerto Rican roots, she was raised by her single dad who is "her ultimate superhero." She considers herself a romantic with her head in the clouds and is ready to find a man who will "love her heart and her dreams."

Mariana started singing at age 4, and with many "musically inclined" relatives, she naturally gravitated towards R&B and pop. On her Spotify playlist, "Mariana's Tunes," she curated some of her favorite songs, with several tracks paying homage to fellow artists with Latinx backgrounds, such as Rosalía, Jhené Aiko, Selena, and Miguel. Other musicians that made her list include Rihanna, Drake, SZA, Travis Scott, The Carters, and Mariah Carey.

Throughout 2019, Mariana posted several videos of herself putting her own spin on popular songs, from her Dallas-Forth Worth area home. To date, Mariana has performed covers of Billie Eilish's "idontwannabeyouanymore" in April, as well as Jhené Aiko's "Triggered," and Chris Brown's "No Guidance" in July. Later, she also sang Tori Kelly's "All In My Head," during which she admitted her "guitar skills are not yet perfected," and finished 2019 with Frank Ocean's "Thinkin Bout You."

As of publication, Mariana's Instagram (@mariana_jasel) included over 120 posts, and among her more than 6,500 followers were NBA stars Tim Hardaway Jr. from the Dallas Mavericks and Buddy Hield from the Sacramento Kings. Dating back to March 2015, Mariana's early posts included her cheering on the University of North Texas at a sporting event, as well as her cuddling up to a cat named Luna and an an adorable dog the same year.

Since then, her main Instagram page could double as a modeling portfolio, with the majority of her photos featuring her solo in both professional and amateur shots. Her Listen to Your Heart bio lists going to museums and traveling as her favorite pastimes, and her work as a model seems to have taken her everywhere from Malibu, which she called one of her favorite places in the U.S., all the way to Milan, Italy for a photo shoot of sorts.

Now that Mariana's a part of Bachelor Nation, who knows where else her travels may take her next.