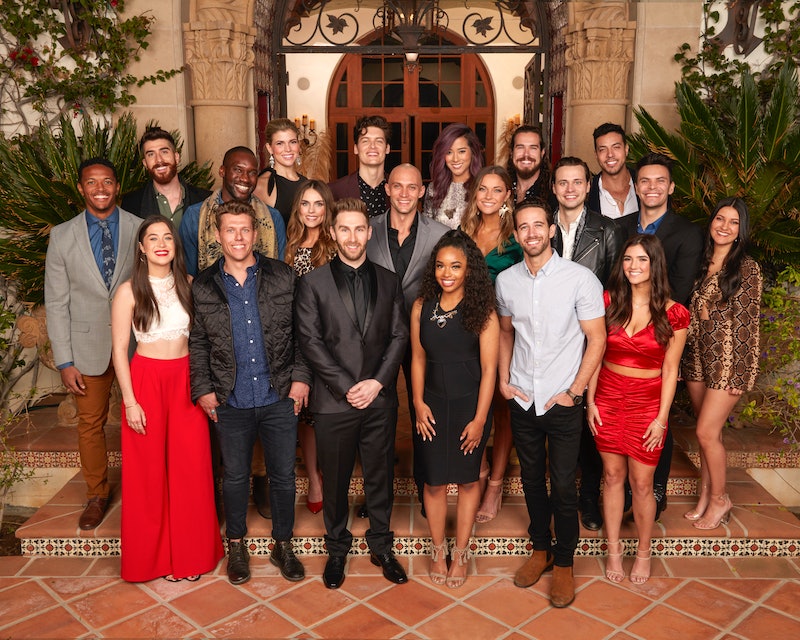 Normally, a new season of the Bachelorette and Bachelor in Paradise, would be the next shows to look forward to, but first, there's a new stop on the annual tour of Bachelor Nation. It's Bachelor Presents: Listen to Your Heart, and the cast is full of young, aspiring musicians looking for love. Alas, Jed Wyatt is not coming along for the ride, though he must be kicking himself every time he watches the previews that have been running on the network.

Make no mistake in thinking that this dating series is anything like its tropical co-ed counterpart. Yes, the group of men and women are potential partners, but there's a competition element, too. While living together, they get to know each other through musical-themed dates. And once they lock in a romantic match, they take on the rest of the season as a couple by competing in challenges, performing for experienced judges, and more. The couples with the highest scores advance, and on the show's finale, one will remain. It's unclear what they win, if they win anything, or if they're even expected to get engaged.

Nevertheless, here they are — the guinea pigs of the franchise's latest spinoff.

Savannah recently followed her passion for singing and songwriting to Nashville, leaving the security of a corporate job behind. Now that she has established herself in the Music City, she's hoping to find someone with similar goals to love.

Originally from New Jersey, Jamie studied music at the infamous Berklee College of Music in Boston to kickstart her career in the pop-country genre. Now, she's in Nashville living the dream. The only thing that could make it better is a partner who would serenade her back — according to her ABC bio, that's all she wants in life.

Bekah is a musical theatre nerd and she's not afraid to show it. Her ABC bio says the Arkansas native has never been on an actual date, but according to her Instagram, she was in a serious relationship in 2018.

Mariana is an R&B and pop artist inspired by her Puerto Rican and Mexican roots. She was raised by her single dad, who she considers her ultimate superhero.

Cheyenne's love for performing began in children's church choir when she was eight years old. Now, she has an EP, Phases, out everywhere. According to her ABC bio, she's been single for five years.

From Austin, Texas, this R&B and soul pop artist has been chasing a dream since he started his own band at 16. He has gone from living out of his van during self-funded tours to becoming a featured artist at SXSW 2020.

You might recognize Trevor from another popular reality series. In 2018, he made the Top 25 on American Idol and is shooting his shot again — with music and with love — on Listen to Your Heart.

A former Marine, Brandon uses his folk-pop music as a platform to uplift everyone, especially his fellow veterans. You can listen to his discography on Spotify.

This pop singer from Pennsylvania is ready to dance and sing her way through the season.

Ryan will surely bring the funk to Bachelor Nation with his original tunes. He's based in Detroit, Michigan and his new EP, Up My Sleeve is out now.

This Texas native and folk singer's Ed Sheeran cover will give you chills, guaranteed.

A 28-year-old pop singer from Utah, Bri was previously engaged, so she's ready to find someone who takes love seriously.

Chris is a wedding singer from Los Angeles who also writes his own music. Needless to say, he's ready for his bride to come along.

Although she hasn't been single for long, Rudi was more than willing to take the leap and listen to her heart. And her singing voice? As smooth as butter.

This indie rocker grew up in the Midwest, fell in love with music, enrolled in Berklee College of Music and never looked back.

Natasha is coming for J. Lo's gig, and she already tried once on The Voice of Holland. Bachelor Nation is a promising next stop.

Matt co-leads his band "Brother Stone & The Get Down," while also writing music for himself, TV, and sometimes other musicians. Up until now, he's been too busy to invest in a love life.

Russel is a man of many talents. Not only is he an experienced folk artist, he is also a knife-throwing and archery instructor.

This guy calls himself "Nashville's singing Uber driver." He moved there to follow his musical dreams after his divorce three years ago.

Danny is YouTube famous for his music and hilarious impersonations. But even with a million followers, he hasn't found the one he loves... yet.

Having learned to play violin at two years old, Ruby became the youngest fiddler to perform at the Grand Ole Opry, and went on to play with Lady Gaga and Willie Nelson. Now, she's ready for a solo career and a committed relationship.

Jack is Dallas, Texas' Brazilian cowboy who wants to find love and musical success not only for himself, but for his 3-year-old son.

Michael is an Adam Levine-esque singer-songwriter from Atwater, California who is admittedly, the life of the party.

Chris Harrison isn't ready for this group of entertainers. If he's not careful, they might try to steal his gig.

More like this
Zach Addressed His "Boring Bachelor Energy" After His Group Date With Latto
By Grace Wehniainen
A Guide To All Of Zach Shallcross' 'Bachelor' Filming Locations
By Brad Witter
10 Photos Of The Wildest Limo Arrivals From 'The Bachelor' Premiere
By Brad Witter
Genevie Explained Why She Was Wearing A Sling During 'The Bachelor'
By Grace Wehniainen
Get Even More From Bustle — Sign Up For The Newsletter
From hair trends to relationship advice, our daily newsletter has everything you need to sound like a person who’s on TikTok, even if you aren’t.