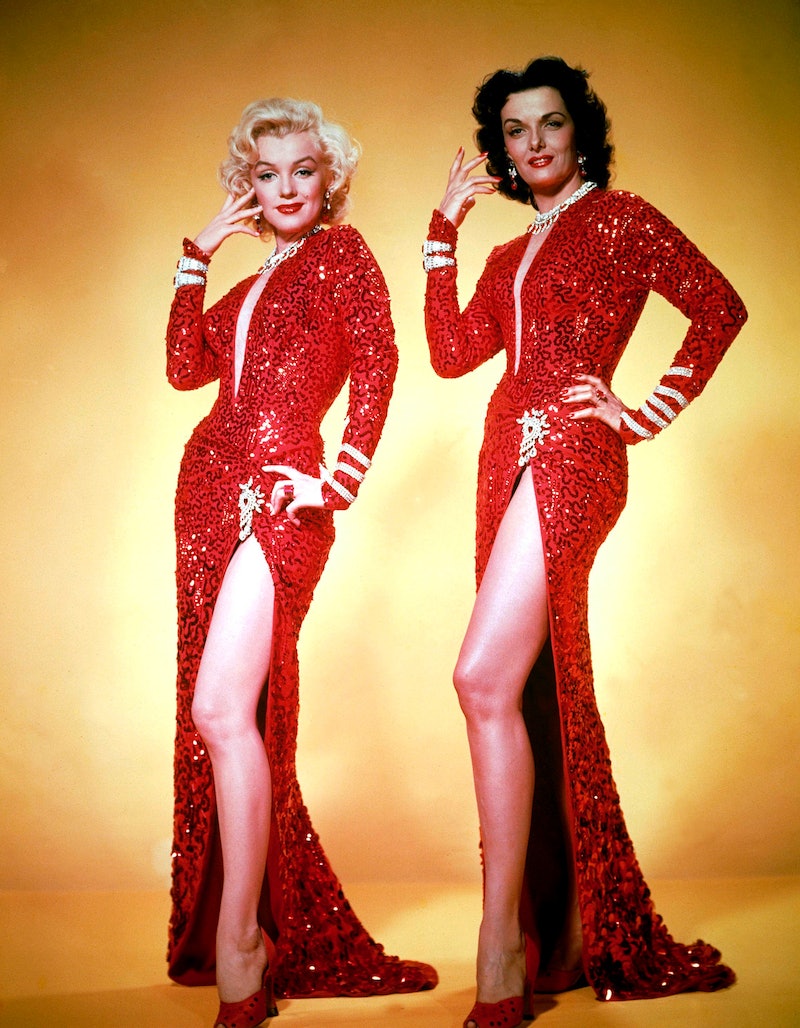 Marilyn Monroe is one of those social icons whose wardrobe is just as iconic as her career. The costumes and red carpet dresses she wore have been immortalized in pop culture — and now in a few month someone can take them home. Marilyn Monroe's most iconic costumes are being auctioned off at a two-day auction event. They will be sold off at the Legendary Women of Hollywood two-day auction event at Julien's Auctions in Beverley Hills.

The top highlights of the auction event will be three costumes worn in Monroe's biggest films — Gentlemen Prefer Blondes, There's No Business Like Show Business and River of No Return.

Gentlemen Prefer Blondes was a 1953 musical comedy that cemented Monroe as one of Hollywood's leading sex symbols. In it the actress played Lorelei Lee, a showgirl who goes on a cruise while tracked by a private detective. Lorelei Lee is engaged to a wealthy man named Gus Esmond, and his father hires the detective out of suspicions that Lorelei Lee is only marrying into the family for money.

In the movie's first opening number, "Two Little Girls from Little Rock," Monroe wears a floor length red sequined gown. It has a deep neckline with a high leg slit, and looks to be held together by a brooch at the hip. This red silk dress, along with its matching feathered headdress, is going up on auction and is estimated to be $60,000 to $80,000.

The next costume for auction is Monroe's ensemble from the 1954 movie, There's No Business Like Show Business. Monroe plays Vicky Parker in the flick, who is a vaudeville performer. One of the most iconic dresses in the movie is a three-piece outfit that Monroe wears while performing the saucy performance of a song named "Heat Wave."

The costume was designed by master couturier, William Travilla, who went on to design costumes for eight of Monroe's films — including the white halter dress that she wore in The Seven Year Itch. The dress for auction consists of a daring black silk bandeau top and a full ruffled skirt that opens to show the black briefs underneath.

The racy costume was met with controversy, and it was even said that her husband Joe DiMaggio allegedly refused to be photographed with Monroe wearing the costume on set. The dress is estimated to be worth $60,000 to $80,000.

The third costume on auction is from Monroe's 1954 drama, River of No Return. The dress is the yellow silk, floor-length period gown worn in the final scene. The costume was designed by famed costumier Helen Rose (who designed Grace Kelly's wedding dress,) and it was originally made for Betty Grable in the 1943 film Coney Island. Travilla took the dress and transformed it with red embroidery and a back bow.

Debbie Reynolds bought this gown at a 1971 auction, when she was collecting Golden Era Hollywood costumes in the hopes of opening a museum. She then sold it off in 2011.

The auction takes place on Oct. 28 to Nov. 1, so mark your calendar if you have a spare 60 grand lying around.