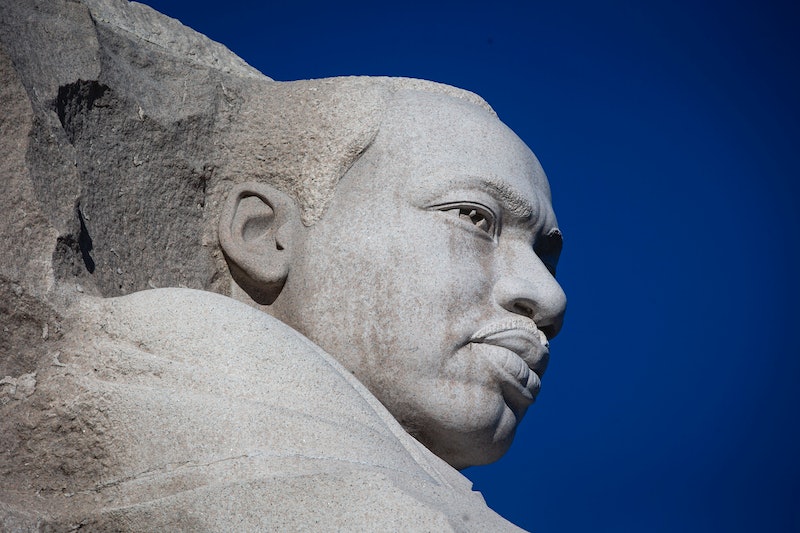 The home where one of America's most well-known and revered civil rights leaders raised his family will soon open its doors to members of the public as a part of the National Park Service. The National Park Foundation, which serves as the park service's charitable partner, announced Thursday that it had purchased Martin Luther King, Jr.'s Atlanta home with the intention of adding it to the national historic park already dedicated to preserving his memory.

"African American history is U.S. history," Will Shafroth, the president of the National Park Foundation, said in a statement released Thursday. "And the family home of Dr. Martin Luther King, Jr. and Mrs. Coretta Scott King is a touchstone for us all to better understand our shared heritage."

Shafroth said the recent acquisition of the King family home in Atlanta's historic Vine City neighborhood, as well the National Park Services' previous acquisition of the Atlanta home where King was born, would help to advance the National Park Foundation's commitment to telling "a more comprehensive American story" through the national parks system.

"With greater access to Dr. King's life and legacy, we can learn more about this country's past and how his work continues to echo through time," he said.

The National Park Foundation purchased the home where King was born and raised from the King Center for Nonviolent Social Change Inc. for $1.9 million in late 2018, according to the Atlanta Journal-Constitution. But although the National Park Service became the legal owners of King's birthplace only recently, the federal agency has been overseeing its day-to-day operations, including tours and maintenance since 1984.

The National Park Foundation said Thursday that it had been able to purchase the Vine City home where King raised his own family from the Coretta Scott King estate "via private philanthropy" on Jan. 8. The foundation did not, however, disclose how much the home had cost.

The King family was living in the Vine City house at the time of King's assassination in Memphis, Tennessee, on April 4, 1968. It is where, according to The Washington Post, many famous historical figures, including Robert F. Kennedy, Rev. Jesse L. Jackson, and Richard M. Nixon came to console and grieve with King's widow.

On Thursday, members of the King family praised the National Park Service and said they were pleased to have worked with the foundation to fulfill one of their mother's wishes. "My brothers and I are honored to have fulfilled my mother's wish to allow future generations to know the story of our dad as a father, a husband, a minister, and a civil rights leader," Dr. Bernice A. King, the daughter of King, said in a statement shared by the National Park Foundation. "The National Park Service’s dedication to preserving historic properties is unmatched."

Although no date has been given as to when the King family home will be officially open for visitors and tours, the home is expected to become a part of the Martin Luther King, Jr. National Historical Park.