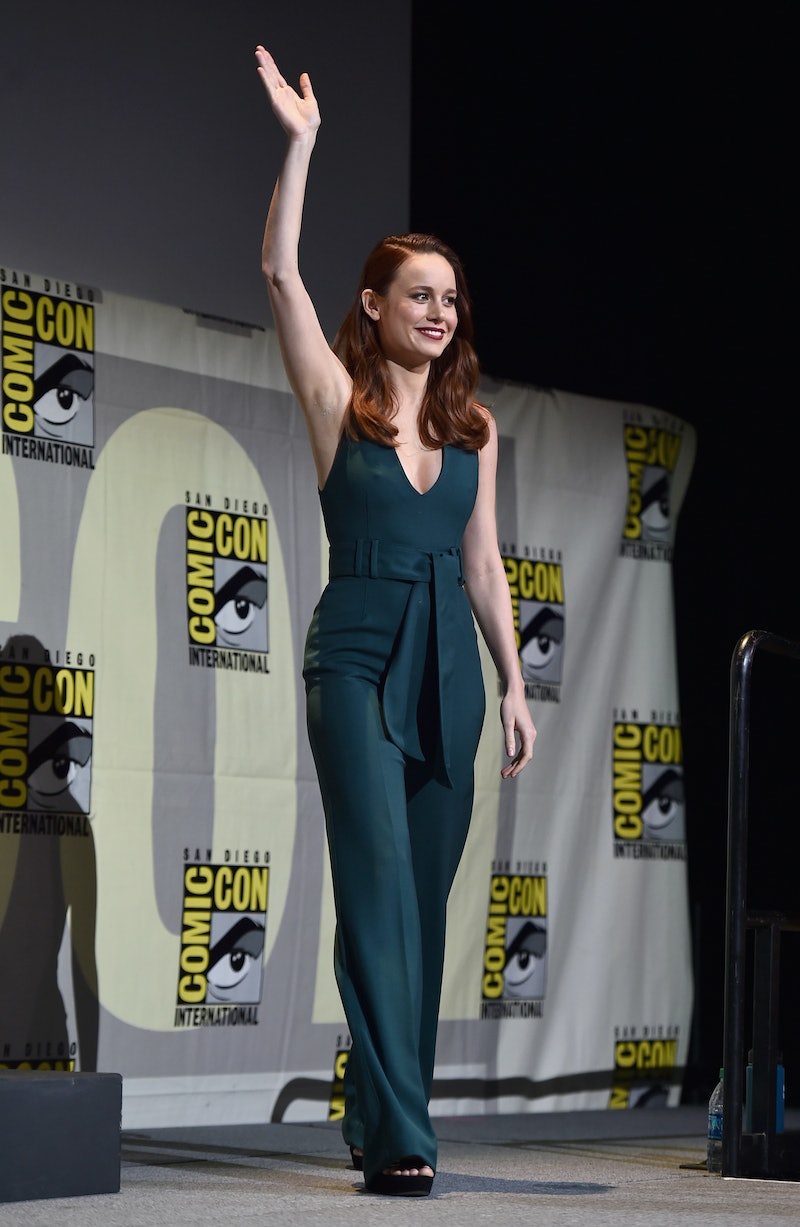 OK, so Marvel fans probably weren't clamoring to find out when the highly anticipated Captain Marvel movie takes place, but now that the information has been announced at 2017 San Diego Comic-Con, millennials are probably freaking out. That's right: Captain Marvel takes place in the '90s, so get ready to freak out, nostalgia-lovers.

The movie is said to be set in the '90s so that it comes before the first Iron Man movie at a time when Nick Fury has both eyes. While fans of the decade are probably going to love seeing Brie Larson rock some iconic '90s fashion (please let Carol Danvers be a fan of the grunge-chic look), the announcement does raise some questions.

Larson and Captain Marvel are slated to be seen in Infinity War, which comes out in 2018 and, as far as we know, takes place after the events of the previous three Marvel movies — all of which are bound to our era. It raises the question of whether or not Larson will be playing a much younger version of Captain Marvel in her solo film. I mean, she has to be, unless some funky time travel is afoot (also not unheard of in this universe, TBH). It should also be noted that Danvers is part Kree, a physiology that makes her more resistant to elements that affect humans — perhaps she simply doesn't age the way humans do because of that? Nah, I'm sticking with some kind of funky time travel.

Fans are already wondering how this all works out and how Captain Marvel could possibly be in both places at once and still look like the Larson we see before us.

Others are just focused on the possible soundtrack options.

But honestly, no matter what age Captain Marvel is supposed to be in Infinity War versus in her own film, fans can take solace in the fact that Larson is not only going to kick ass, she might just kick ass to "Wannabe" too.