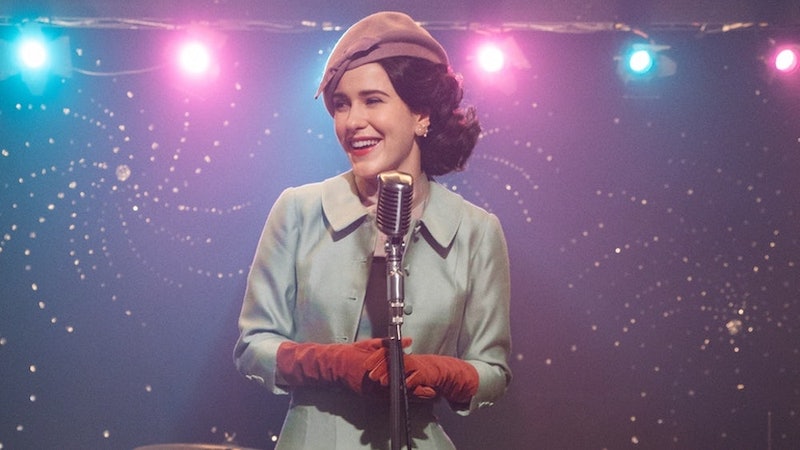 Nothing, no matter how marvelous it is, can last forever, which is why it shouldn't come as a huge surprise that details about how The Marvelous Mrs. Maisel will end are already starting to come out of the woodwork, despite the fact that the series doesn't seem to have any official end date in sight (at least, not that we know of). However, when that sad day finally comes, series creator Amy Sherman-Palladino already knows exactly the way she wants Midge's story to conclude, right up to the very last moment.

“We know where we want [Midge]’s story to end,” she revealed to TVLine during a recent interview when asked about the show's ultimate endgame. “We don’t know how many more seasons it will take to get there, but we know when the journey is over.”

The fact that she isn't sure how long it'll take the storyline to get to her ideal end point could potentially bode well for the show's future. It's possible Midge's journey could go on for another three seasons, if not more. But, of course, by the same taken, the exactly opposite could be the case a well, bringing this series to a close sooner than any of us realize.

For now, though, not even Sherman-Palladino knows when Mrs. Maisel will reach her desired end. During an interview with The Hollywood Reporter back in November 2017, she calculated that it would take at least "four to five seasons" to wrap everything up, though her answer may have changed now that she has a few seasons under her belt. Unlike the plan she had mapped out for Gilmore Girls back in the day, the fate of Marvelous Mrs. Maisel has a little more wiggle room for her to work with in regards to the middle stages of the story.

“We knew how many years we wanted to get Gilmore done in — it didn’t work out [as we hoped] because we left [after Season 6], but it kind of worked out because we came back for the Netflix [revival],” Sherman-Palladino explained to TVLine during the same interview. “But we don’t know how many more seasons it will take to get [Maisel to the end].”

Speaking of Gilmore Girls, Season 3 will pay homage to Stars Hollow in an exciting new way with the addition of Gilmore Girls alum Liza Weil, who plays an unnamed character in the season and was even featured briefly in the trailer. "You see the world," Weil's character tells Midge in the footage. "The audiences, when they're great are really great, and you're not having to go to your grave without having done anything interesting." Her comments indicates that she knows all this from personal experience. Could she also be a comedian just like Midge? (If so, please let there be a scene of her comedy routine.)

In some ways, especially in regards to her career, Midge's journey is only just getting started, so let's hope that means there's at least a few more seasons to go before she takes that final bow.