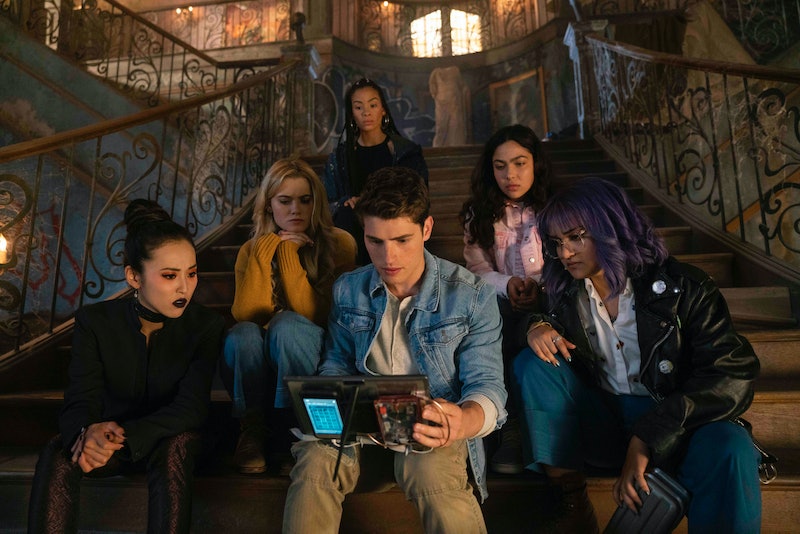 In November, Marvel's Runaways announced via its Season 3 trailer that the third season would be the last. It's a sad but not totally unexpected development: since last year, Marvel has been steadily shelving its existing TV content, from Daredevil and Jessica Jones to Cloak & Dagger and the scrapped Ghost Rider. Still, it's a disappointing turn, since Runaways has made a name for itself as one of the most diverse and colorful superhero properties.

Though a source close to the Runaways told Variety the series' creative team felt that Season 3 serves as a "natural ending point," the outlet pointed out that the cancellation likely had more to do with the behind-the-scenes shakeups at Marvel. In October, Kevin Feige was named the chief creative officer of Marvel, giving him reign over everything from publishing to film, TV, and animation. Shortly afterward, Variety reported that the Head of Marvel TV, Jeph Loeb, will leave Marvel by the end of the year.

Runaways was one of last remaining live-action shows left from Loeb's time as head of the TV branch. With Runaways canceled, the only shows started under Loeb that are left are Agents of S.H.I.E.L.D, which will end in 2020 with its seventh season, and Helstrom, another Hulu series set to debut in 2020. The rest of the Loeb-produced Marvel shows, including the six Marvel-Netflix series, are all gone.

Feige, meanwhile, is moving ahead with expanding his Marvel Cinematic Universe onto Disney+, with upcoming interconnected TV series like Hawkeye, Falcon and Winter Soldier, Loki, and WandaVision.

While these will likely all be fun shows with high production values on par with the Marvel films, Runaways had something that many of those films lacked: diversity. The MCU is a well-made, well-oiled machine, but everything in that universe adheres to a certain style and tone — which has often translated into cutting out content that might turn off certain audiences. Nowhere is that more clear than in how the MCU has consistently dropped the ball on LGBTQ+ representation.

Though Marvel has repeatedly promised to add a queer hero to the MCU, there is still not an openly acknowledged gay main character in the universe. Avengers: Endgame drummed up publicity for featuring the first gay character, but it ended up being a minor unnamed role in a single scene (played by director Joe Russo, who is straight.) Similarly, Thor: Ragnarok cut out the scene that confirmed Valkyrie's bisexuality. Though Feige now promises that the upcoming Eternals movie will have a gay main character, it's hard to imagine a scene in any Marvel movie in which two of their queer superheroes share an open and loving kiss while Billie Eilish plays in the background, as Karolina and Nico did in Runaways Season 2.

Runaways is, in actuality, the first Marvel property to feature real LGBTQ+ representation. "Karolina is the first lesbian Marvel character to ever be on a television show, and Nico is also one of the first bisexual characters to be on a Marvel television show," Nico's actor Lyrica Okano explained to Backstage. "I think that's something that’s just so magical to see."

That doesn't even get into the overall racial diversity of Runaways, and how the show neatly sidesteps all the usual stereotypes. Nico is a gothic Asian witch who struggles with expressing her feelings; Alex is the black tech genius and leader of the group; Molly is a superhumanly strong Latina girl; and Gert is her social justice-oriented older sister who forms a telepathic link with a dino.

"I always thought, 'I can never play a superhero. People like me aren't superheroes'," Gert's actor Ariela Barer told Vice in 2017.

With Marvel chugging ahead with all of it's MCU-centric properties on Disney+, superhero fans will never be hurting for more content. But with Runaways' cancellation, it feels like the end of an era for all the assorted Marvel TV shows that were allowed to be a little more gritty, counterculture, diverse, and weird — the misfits and runaways that didn't quite fit in.

More like this
The 'First Kill' Cast & Fans Are Disappointed Over The Show’s Cancellation
By Brad Witter and Sophia Moore
Neil Patrick Harris’ 'Uncoupled' Character Will Make A Life-Changing Decision In A Potential Season 2
By Brad Witter
'It’s A Sin's Real-Life Jill Has An Important Message About Monkeypox
By Sam Ramsden
Does 'Locke & Key’s Ending Mean There Could Be A Season 4?
By Sophia Moore
Get Even More From Bustle — Sign Up For The Newsletter