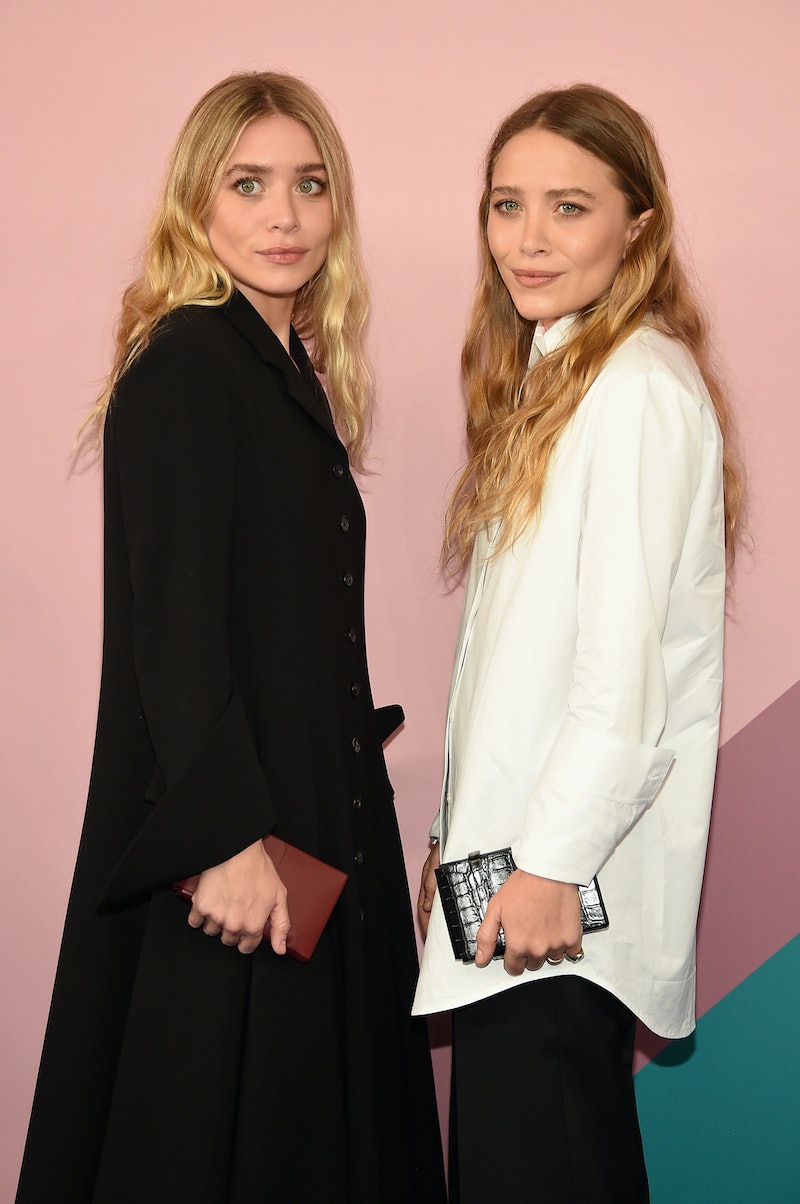 While the red carpet was super star-studded, it's hard to deny that all eyes were on Mary-Kate and Ashley Olsen as they arrived at the 2017 CFDA Awards. Since 2007, Mary-Kate and Ashley have dominated the CFDA red carpet. The twins have donned classic and simple cuts in the last few years, and this year's ensembles were no exception.

This year, the sisters didn't stray too far away from their all-black attire while wearing a menswear-inspired look. At first glance, it appeared the Olsens were both wearing button-down shirts, but Ashley is wearing a full-length button-down dress while Mary-Kate is wearing a long button-down white shirt with over-the-shoe black trousers. Leave it to the Olsen twins to rock a look that's definitely a nod to menswear!

Even though the twins can literally pull off anything, I love how they kept their look similar to the past years — simple with just enough of a pop of color (white) to complement their black ensembles.

You can always count on them to look so chic!

They are seriously double the (fashion) trouble.