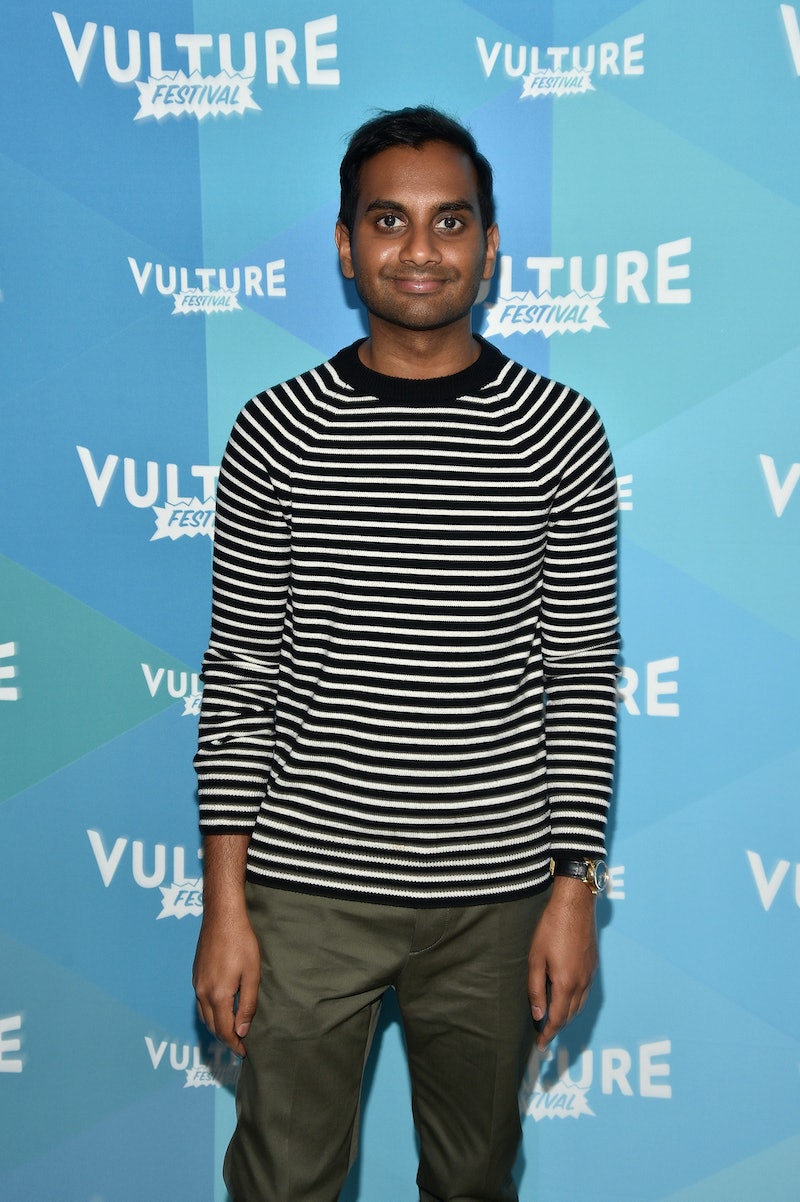 When the first season of Master of None premiered in 2015, it was just the show audiences were waiting for. Following the show's protagonist, an actor named Dev, viewers of given an accurate depiction of young life in the city, complete with dating, friendships, and food. The show was also seriously funny, putting Aziz Ansari's years of standup experience to good use. Then, when the second season of MoN aired this April, it was an even more comprehensive and complex exploration of love. Fans are, understandably, desperate for more episodes, but at Vulture Fest on Saturday, Ansari revealed that Master of None Season 3 probably won't air anytime soon.

It turns out that the show's creator is feeling a bit drained, and might need to live some more life before jumping into another season, even though Seasons 1 and 2 have gotten such great reactions from fans. "To make something that people respond to like that doesn't happen often. But I also wouldn't want to do a third season that wasn't as inspired," Ansari said at the panel, which Bustle attended. "The reason we took a break between Season 1 and Season 2 is so we could make something that we really felt like was a step up, and I feel like we did. I wouldn't want to step backwards and do something not as cool or exciting, so I don't know."

The star further wavered on whether or not a third season might happen at all. After this season, he was apparently left feeling a bit uninspired by singledom in NYC, and now feels that he might need to find inspiration elsewhere before writing up another series. "Maybe we'd make a Season 3 a couple years from now, maybe we'd make another one when we're like 60 years old," Ansari said at the panel. "Part of the thing that's hard is that we've done a lot of shit about me being a single dude in New York that eats a lot. I don't know if I have many more observations. I need to live my life a little bit, maybe not eat, maybe get into a serious relationship and have a kid, and then maybe I'll have more things to say."

This is bad news for fans of the series, who ended last season on a bit of a cliffhanger. Spoilers ahead! Dev spends the whole season falling in love with his Italian friend Francesca, a relationship complicated by her recent engagement. It's clear that Francesca cares about Dev as well, but the distance between their homes and her long-term relationship makes their romance impossible. So she's forced to make a difficult decision; stay in America and start over with Dev, or go back to Italy and start a life with her fiancé. At the end of the last episode, Francesca and Dev are seen staring at each other in bed.

It's unclear what this ending means, and at the panel, Ansari gave his take. "It's not a flashback, I can confirm that. We're wearing different clothes...As far as what that ending means...It's really up to you and how you feel," the comedian explained. "Some people will be like, 'Oh, great, everything's good! And some other people are like, 'Are you f**king nuts?' And some people will be like, 'Oh, it seems like that's all in one of their heads.'"

While the bed scene isn't taken from the past, Ansari did little to update viewers on the two characters' future relationship. Instead, he wants them to come away with their own interpretation. "I don't want to say my personal take on it. I'd like people have their own version of it...I think if you've ever been in a situation like that, it's the most agonizing thing. When you're really in love with someone and they're in love with you, but it just can't happen. It's brutal," the star said. "And I think your analysis of what that even is changes with time, as you have more time away from that situation and more relationships, you have a very different take on what that even was."

For some fans, this open-ended answer might not feel like enough. Fans want to know what will happen with Dev; if he ends up happy with Francesca, if he stays in NYC, if his career post-Clash of the Cupcakes and Best Food Friends turns out OK. Ansari doesn't seem ready to answer these questions right now, and with no clear agenda for what's next on Master of None, the actor and writer seems ready to soul-search for a bit before turning to his next project. All fans can do for now is appreciate the honest characters and funny, real moments from the show's past few seasons, and hope that life hits Ansari with some more serious inspo sometime soon.