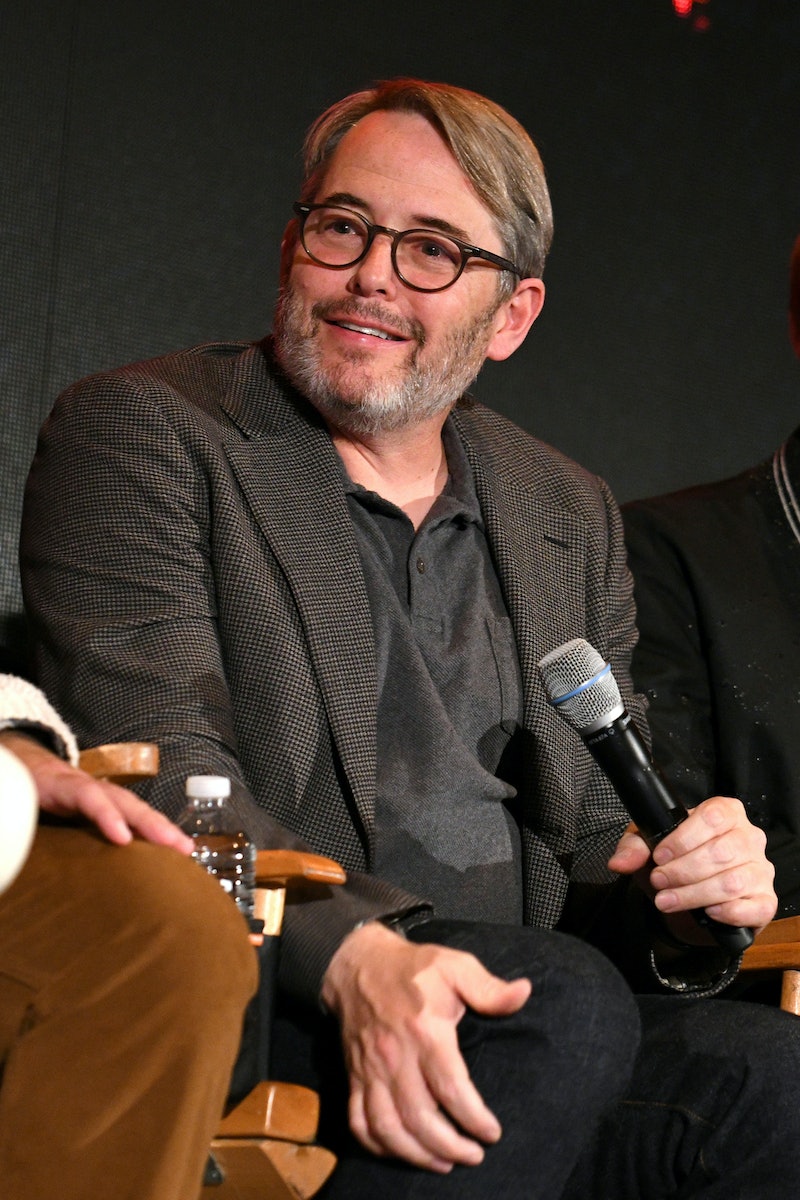 By now it's no surprise when Saturday Night Live gets political, but the Oct. 5 episode included a special treat for Ferris Bueller fans. During the SNL cold open Matthew Broderick made an unexpected cameo as Secretary of State Mike Pompeo, who was paying a visit to Mike Pence at the White House to try and figure out how they should be handling this "impeachment farce." Beck Bennett reprised the role of Pence, while Kate McKinnon and Aidy Bryant took on their classic impersonations of Rudy Giuliani and Attorney General William Barr, respectively. But as comical as the overall skit was, it was Broderick who stole the show, particularly when he dropped in a classic Ferris Bueller's Day Off reference at the very end.

The skit started out with Pence, Giuliani, and Barr all discussing what their next move should be in light of the impeachment inquiry launched against President Trump. That's where Broderick's Pompeo came in. He informed the group that he'd been asking around, and that he was starting to get the impression that this whole "impeachment thing" could be pretty bad. When asked where he got his information from, the answer was simple: America. Of course, McKinnon's Giuliani claimed to have read different intel on the matter, thanks to a Breitbart office poll, which stated that 121% of people want Joe Biden impeached.

The segment itself was entertaining, but it seems the writers couldn't resist throwing in a few subtle Bueller nods in honor of Broderick's special appearance.

The first reference came early on in the skit when Broderick came onto the stage. Bennett's Pence was confused how Pompeo could be there with them since he had been subpoenaed by Congress, but Broderick's Pompeo said he'd found a way to buy himself some time. The camera then cut to Alex Moffat taking attendance on everyone in the room at Congress. When he got to Pompeo's name, he imitated Ben Stein's classic "Bueller" line in the 1986 film. "Pompeo?... Pompeo?... Pompeo?" Moffat asked in that slow, drawn-out manner many will recognize from the film.

The references didn't stop there, though. Just before exiting Pence's office, Broderick left the Vice President with some parting words of wisdom that sound eerily familiar: "Impeachment moves pretty fast. If you don’t stop and look around once in a while, you could miss it."

If you'll recall, this is a line very similar to one that Broderick's character, Ferris Bueller, says in the movie, albeit with a few of the words changed around. The original line goes: "Life moves pretty fast. If you don't stop and look around once in awhile, you could miss it."

Ironically, there was so much going on throughout the skit, it's possible you may have missed these references altogether. (And if you just haven't seen Ferris Bueller, you can kindly see yourself out). But now that you've had the chance to stop and look around, you'll likely come to the conclusion that Broderick's cameo was the perfect callback to everyone's favorite misfit.