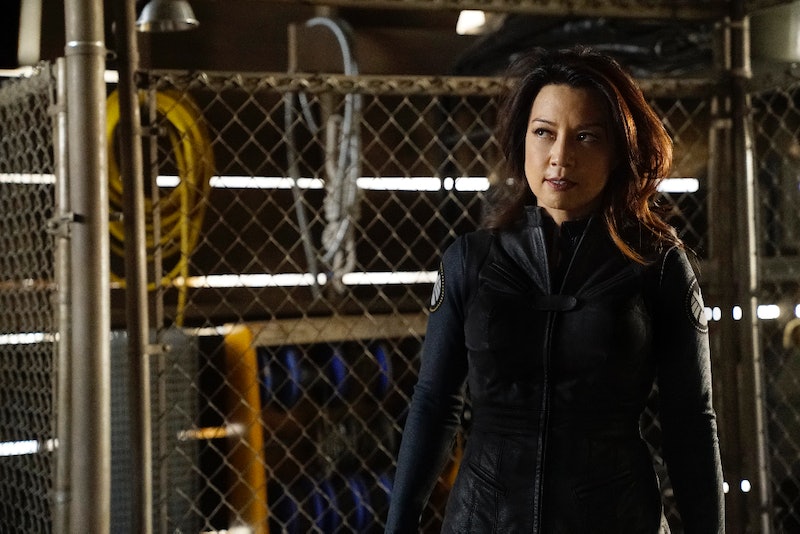 While I did enjoy the detail that Melinda May was more relaxed while fighting out of captivity than while being induced to dream about a day spa, the scenes that "other" May has with her coworkers without them knowing the truth about her is still heartbreaking. Imagine my glee when Fake May discovered she is an LMD on Agents Of S.H.I.E.L.D. and that the thing about the team she felt was off actually turned out to be her. Tuesday's episode took the Turing test to a new level.

Hopefully, the robot May will be able to get some answers while the human May is still locked up in Radcliffe's lab. Her mission is to get the Darkhold, but with Radcliffe and Aida unable to check on her, there is some hope. That is, as long as the May LMD doesn't go all Westworld or Ex Machina on everyone. The fact that May was concerned and noticed something strange going on before seeing the circuits under her skin leads me to believe that she has more in common with the human she's modeled after than Dr. Radcliffe anticipated.

I am, at the very least, much more interested in this LMD storyline than the one where Fitz betrayed Simmons to study the possessed Aida. I hate that this robot woman is coming between them. Hopefully, one of both of the Mays figures out a way to fix this before it's too late.