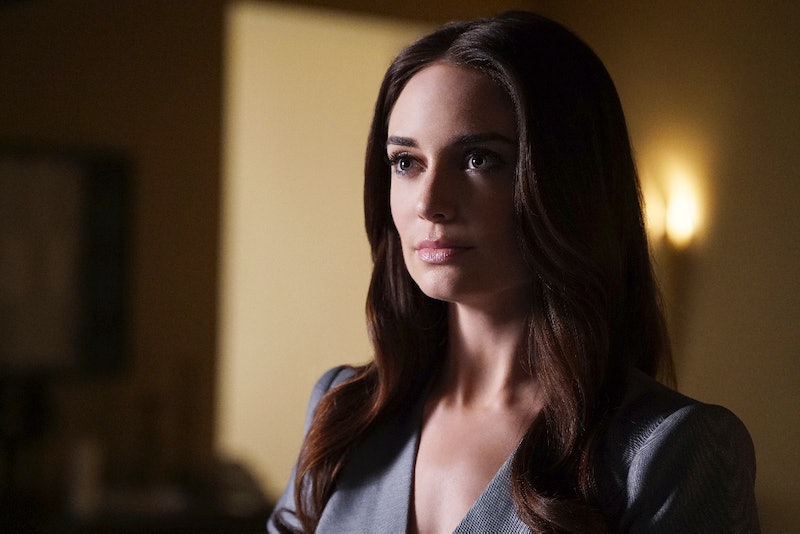 It's distressing enough to watch Coulson's emotional walls drop around May with the knowledge that she's an LMD and the real May has been imprisoned by Aida. That dramatic irony hurts my heart. Now, Radcliffe wants the Darkhold on Agents of S.H.I.E.L.D. — and may have been behind this whole incident? It's difficult to track when he became invested in the dark arts of the Darkhold. At least we got confirmation that Aida is not a sexbot. She and Radcliffe were just pals. In the words of Agent Coulson, "good to know."

While the original, possessed by evil Aida was decapitated in Tuesday's episode, Radcliffe is a good scientist who backs up his files. He had a new Aida up and running in no time. He also does not intend to free May any time soon, because LMD May, MayBot, Maida, or whatever you want to call her — she can help Radcliffe and Aida find and obtain the Darkhold. For research, allegedly.

Radcliffe did get a glimpse of the Darkhold in a previous episode. It's possible that he has bee swayed by its power himself, and not truly in control of his actions. What did he mean by promising to give everyone what they want? For Coulson, that appears to be May. Is he going to pull off an evil plan with humanitarian efforts? Interesting.

This plan of Radcliffe and Aida's is good in theory, but the big flaw is May. She's going to wake up eventually, and won't be so easy to contain. I also wouldn't be surprised if someone at S.H.I.E.L.D. caught wise to the LMD May's behavior, as devastating as it will be to Phil Coulson. If Radcliffe ever gets his grubby scientific hands on the Darkhold, then I'd start to worry. Who knows what he could accomplish, and just how many more decoys he has hidden away in the close.