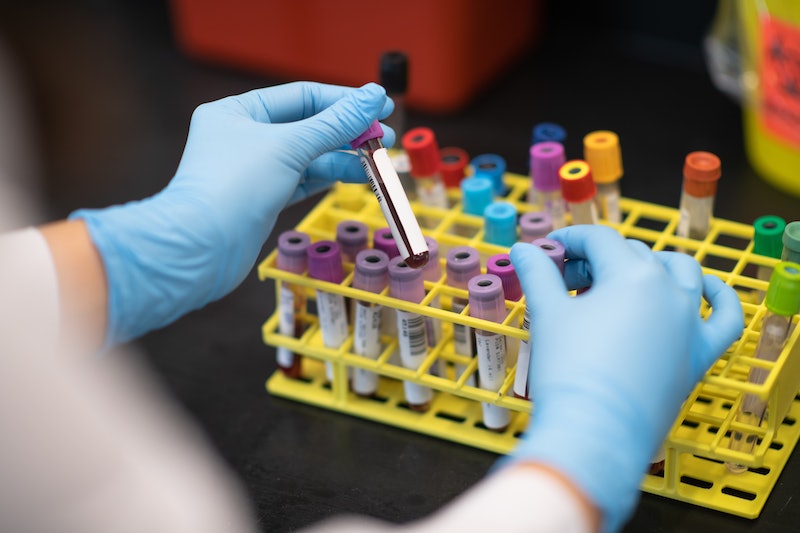 Your immune system is complex, but basically, the primary way it fights illness is by remembering the diseases you've had before. It's why you're not likely to get the chickenpox again if you had it as a kid: your immune system remembers what the virus looks like and will know how to fight the infection next time you encounter it. However, two separate new studies concluded that if you get measles, your immune system can start forgetting other illnesses you've encountered, leaving you vulnerable to a whole array of diseases.

According to the Centers for Disease Control and Prevention (CDC), the rise in availability of the measles vaccine since 1963 has reduced the number of people in the United States who get the measles each year from 3 to 4 million down to almost none. But the recent spread of misinformation about vaccines has lowered rates of vaccination, resulting in increased cases of the illness. Despite the fact that the virus is extremely contagious, the World Health Organization (WHO) estimates that between the years 2000 and 2017, measles vaccination prevented over 21 million deaths across the globe. The measles is an especially dangerous illness for young children and babies. However, adults older than age 20, pregnant people, and people with autoimmune diseases are also particularly vulnerable, according to the CDC.

The measles virus can be spread through both direct contact and through the air, and causes very high fever, red watery eyes, tiny white spots in the mouth, and a rash of flat red spots appearing on the skin. Measles can cause serious and even fatal complications, like severe diarrhea, respiratory infections like pneumonia, blindness, or swelling of the brain. But these new studies, one published in the journal Science and the other in Science Immunology, found that the measles also compromises patients' ability to fight other diseases. The Science study found that being infected with the measles significantly damages the immune system's ability to remember — and therefore, to fight — diseases that the body had previously encountered.

The Science Immunology study focused on B cells, which help the body remember the viruses it has encountered before and how to make antibodies to fight them. The study found that the measles virus significantly disrupts B cells' ability to remember how to give the body instructions on fighting infections.

With that ability stripped, in what the study called "immune amnesia," the researchers concluded that the measles isn't just dangerous while you have it. Because of its long-term effect on the body's ability to fight other infections, the measles can also threaten your immune system long after the virus itself has run its course.

Having the virus itself is itself a health risk, especially if you develop shortness of breath, sharp chest pain associated with breathing, coughing up blood, confusion, or drowsiness. According to the National Health Service (NHS) UK, you should seek medical attention for all of these when you have the measles. But, studies suggest, you should also look out for its long-term effects on your body.

And a 2015 study published in the journal Science found that the increase in infection with other diseases after getting measles is associated with an increase in overall childhood mortality. For over two years after recovering from the measles virus itself, the study concluded, children were much more likely to contract — and spread — other dangerous, potentially fatal, infectious diseases.

So the risk of measles is not only associated with actually having the virus. Because even after you recover, your immune system can be so severely compromised that you are not only more susceptible to other diseases, but more likely to spread these diseases to others. The WHO recommends vaccinations as the best way to prevent these complications and potential fatalities, not only for your sake (or your child's), but for those around you who may not be able to get the vaccine.

More like this
6 Organizations Fighting Police Brutality That You Can Support Right Now
By Syeda Khaula Saad and JR Thorpe
Here’s Your Astrological Forecast For February
By Nina Kahn
Kourtney Kardashian’s Wellness Guru Shares Her #1 Tip For Better Health
By Taylor Jean Stephan
Here’s Where The NHS Nurses’ Strike Currently Stands
By Sophie McEvoy
Get Even More From Bustle — Sign Up For The Newsletter
From hair trends to relationship advice, our daily newsletter has everything you need to sound like a person who’s on TikTok, even if you aren’t.