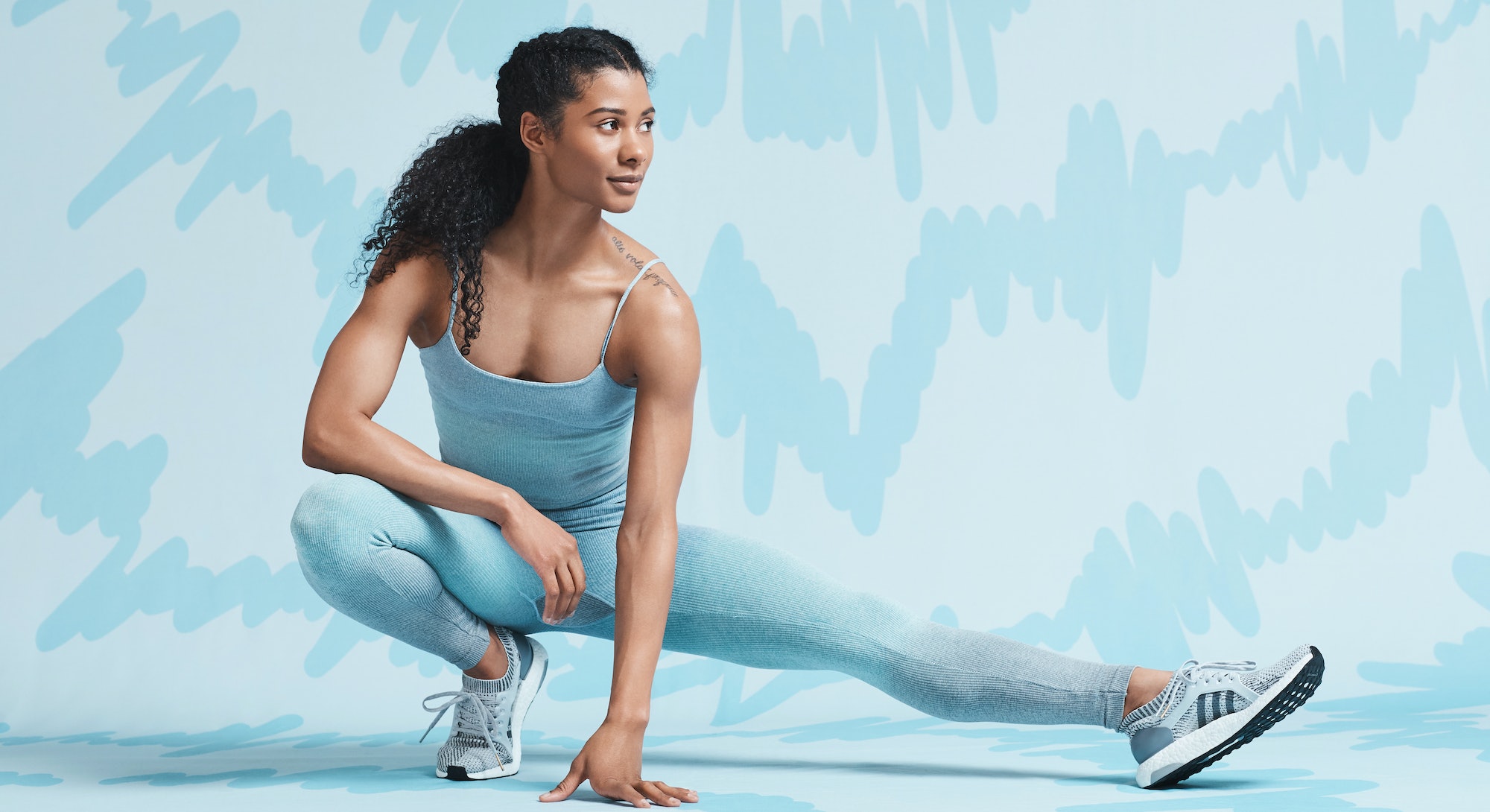 If you haven’t noticed already — from fitness gurus crowding your social media feed, to your bestie’s sudden interest in training for a half marathon — women like to run. That’s not to say that every single woman everywhere is obsessed with it, but research shows that when it comes to females and the general act of running, the correlation is only getting stronger. According to Running USA, women accounted for 9.7 million road race finishers to 7.3 million male finishers in 2015, representing 57 percent of the overall race field. So, quite literally, women do run the world.

Reasons for lacing up span the gamut, including both physical and mental gains. Running can help strengthen your joints and leg muscles, all while relieving stress and even promoting creativity. Additionally, there’s often a social component to the sport that instills meaning into every mile. From organized runs, to running clubs, to group track workouts, having a community behind you that motivates you through the tough training days is often what makes your participation worthwhile. To celebrate women who run, as well as the communities that support them, we partnered with adidas UltraBOOSTX to highlight three women who are leveraging the running community for the greater good.

Here’s to building a better future through doing the things we love.

Although Marnie Kunz, 36, has been running for as long as she can remember, she officially made it part of her professional life when she founded Runstreet in 2010. After growing a running community in her Brooklyn neighborhood, Kunz began organizing Street Art runs, which take runners on a route incorporating multiple street art hotspots, to connect runners with the local artist community.

“When I was running in college, I got super competitive,” Kunz says. “Focusing on just my athletic performance wasn’t fulfilling. Now, I focus on the bigger picture of how running connects you with other people, and helps you feel better mentally. I try to bring that same mentality to Runstreet.”

A firm believer in the non-physical benefits of running, Kunz has also worked with Back On My Feet, an organization that works to combat homelessness through running, and ConBody, a prison-style bootcamp run by ex-convicts that gives formerly incarcerated individuals real employment opportunities. Recently, Kunz got involved in the Run4AllWomen initiative, running particular legs of the route from Harlem, New York, to Washington, D.C. to raise money for Planned Parenthood.

When Tamara Pridgett was in elementary school, her father was approached by the high school track coach. The coach had witnessed Pridgett run and wanted to coach her. At first, Pridgett said no. Eventually, though, she gave in — and hasn’t stopped running since.

Yet once Pridgett, now 24, graduated from college and moved to New York to pursue fitness modeling, she realized there were also unfair limitations within the athletic world that couldn’t be surpassed by hard work and determination. Puzzled as to why she wasn’t getting work, a friend pointed out that another woman the modeling agency Pridgett represented “looked just like her” — even though the similarities between the two ended at complexion and hair color. She began to take more notice of the models used for various campaigns, and realized they all shared striking similarities: They were tall, thin, and, for the most part, white.

“I was appalled,” Pridgett says. “I thought, ‘This is unacceptable, because yes, a tall, narrow body is one version of fit, but there’s also girls who look just like me’ — that have muscle, and large thighs, and are black. This is my version of athletic.”

Through her Instagram account, blog, and published work, the personal trainer and adidas ambassador is adamant about promoting diversity in fitness, whether it’s body type, complexion, or ethnicity. As the founder of FitMamaCity, Pridgett further fosters community within the fitness world by helping mothers, mothers-to-be, and aspiring mothers stay fit before, throughout, and post pregnancy through.

“Sometimes, pregnancy is treated like a disability — women get crap for lifting weights during pregnancy even though it’s perfectly healthy,” Pridgett says. “I want to help women feel empowered and know there is a space where they are cared about, where they can bond and get strong together.”

Believe it or not, 10 years ago it was a hard sell for Jessie Zapotechne to recruit new members to join her running group. But she remembers leaving her first group run with a feeling of accomplishment, and a desire to return — a desire so strong, in fact, that she continued to run with that particular club for the next seven years... until, naturally, she branched out and formed a new group of her own.

Today, running is a popular pastime, meaning there’s no shortage of running organizations, track clubs, or even trendy treadmill studios. Yet while it’s easy to get caught up in the superficial side of fitness, Zapotechne’s organization Girls Run NYC fosters a community of strong women who get together to support each other and run in a nonjudgemental space.

“The reason [the workout] is track-based is so that a person of any fitness level can come and not get lost like you could on a traditional run, and everyone is part of the workout, even if you can’t do it due to injury,” Zapotechne explains. “I feel like it’s personally rewarding to just see people develop relationships with each other, and to feel like they have a community they can rely on.”

Before founding Girls Run NYC, Zapotechne volunteered in women’s domestic violence centers, worked in an alternatives to incarcerations program teaching art to children, and pursued a degree in art therapy (her current field). A run coach and adidas ambassador, she continues to strive to pursue socially minded projects, acting as a consultant for other running programs, and supporting projects like collecting donations for women’s shelters at track workouts.

“I think I’ve gravitated toward the fitness community because it is filled with people who are passionate about being the best version of themselves,” Zapotechne says. “Even though I started it as a selfish pursuit, I feel like running can actually be a really powerful tool to help other people change, or just to be their best self.”