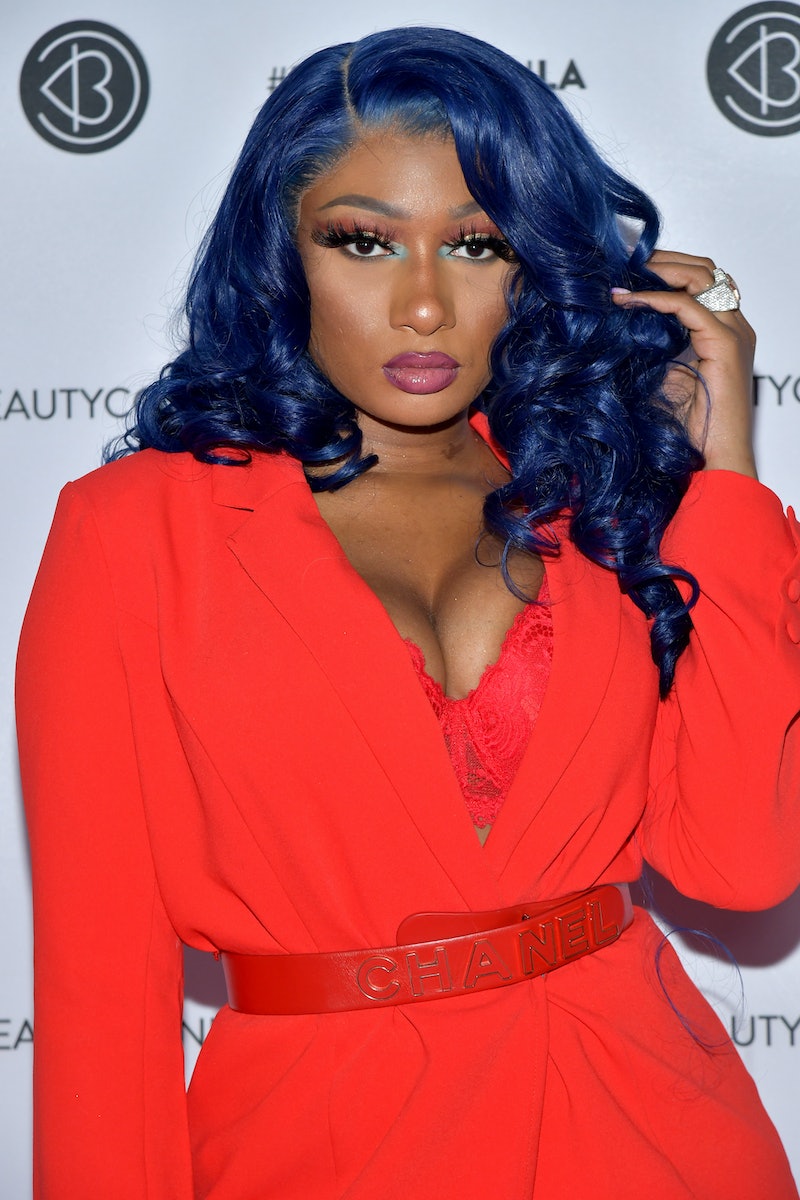 You know she got it lit all year round. With "Hot Girl Summer" winding down, Megan Thee Stallion wants to transition into "Hot Nerd Fall," proving once and for all that smart is sexy. "Being a "hot girl" is like a lifestyle, and everybody knows I'm in still in college," the rapper — who's pursing a degree in health administration through Texas Southern University — told Access Hollywood during Beautycon L.A. 2019. "It's gonna be a real hot girl semester, you know what I'm sayin'? Real Hot Nerd Fall. So I'm just about to start puttin' on for all my school girls."

If you somehow still don't know what "hot girl summer" means, the Houston native aka "Hot Girl Meg," schooled Access viewers on that, too. "Having a hot girl summer means being unapologetically you and being confident and just turning up with your friends, being the life of the party, just being the baddest B you can be," she explained.

Also during Beautycon, Meg told Variety, however, that hot girl summer is far from over. “We’ve extended the summer, honestly," she said. "We’re gonna drive it until October. Don’t even trip.”

Megan Thee Stallion has also already helped her "hotties" get a jumpstart on their Hot Nerd Falls. On June 20, she hosted "the first ever Cognac Queen Pageant," which she described as "not a beauty pageant" but, something that is "about hard working students achieving their goals." The winner received a $2,500 scholarship because "tuition ain’t no joke," as she quipped to the NYT.

“I want to show other girls how happy I am and how confident I am, how I still want to go to school and I still want to rap,” she added to the newspaper. “I just want to be like a good example to somebody in the future.”

In addition to trademarking the term "Hot Girl Summer," she's also turned it into an instant No. 1 iTunes bop, featuring Nicki Minaj and Ty Dolla $ign. “Everybody’s pretty lit about it," she added to Access. “I freaking love the song, it’s just easily a twerk anthem. It’s the hot girl anthem; we got Nicki, we got Ty. Hot girls won, we did it!”

Collaborating with Minaj was an act of summertime social media magic of its own. After exchanging compliments during a July 27 Instagram Live, Minaj recorded her verses overnight. “I hadn’t even spoken to her before. So, it was just so natural. She was amazing. She was so sweet,” Meg also told Variety. “I couldn’t even believe she did it that fast.”

In an Aug. 5 Instagram post, Minaj shared the love, captioning the photo of the "Hot Girl Summer" cover art: "👀 chile who put me on the artwork? Did I rlly do a verse for this song the night we got off that live, Hottie? @theestallion 😅@tydollasign 🔥🔥🔥🔥🔥🔥🔥🔥🔥♥️👅 FRIDAY OUT EVERYWHERE ‼️‼️‼️‼️ when the Barbies & the Hotties link up 😉 #HotGirlSummer 😘"

As far as how her fans can find their own hot girl confidence, she shared this tip with Access: "You cannot worry about other people's opinions. Like you gotta love yourself. You wake up with yourself, you go to sleep with yourself, you should be the only person you're trying to please."

That type of fire advice is always in season — whether it be during Hot Girl Summer or Hot Nerd Fall.