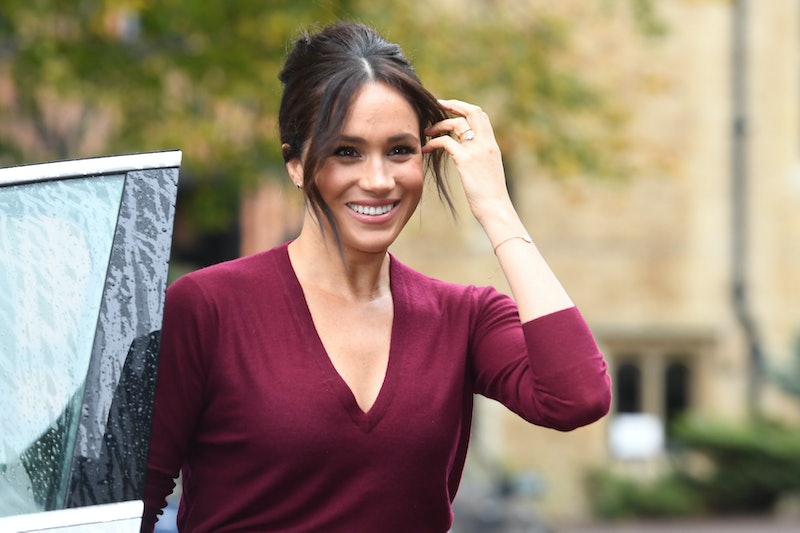 In October, Meghan Markle began a legal battle with the Mail on Sunday after a personal letter to her father was obtained and published without her consent. Now, the African Women Lawyers Association has sent an open letter to Meghan Markle highlighting the importance of her representation in the royal family.

"The African Women Lawyer's Association would like to offer our solidarity to your recently, very frustrating and extremely costly experience to you personally with the British national media," the letter reads. "We feel that you are owed an apology and better treatment by the media for your charitable endeavours and royal duties performed with elegance and represents women of African descent on a world stage."

The group, which advocates for women of African descent in the legal profession, champions the Duchess of Sussex for how she is showing "the epitome of possibilities that can be achieved by the woman of African descent not just from the African continent but across the world and covering the Caribbean and Americas."

The letter continues: "The racial discrimination and defamation of character that you have experienced in the national press and on social media by members of the press and the general public has to stop," the letter continued. "We urge the national media on your behalf to start portraying your story in a way that edifies and continues to shine a torch of aspiration to every woman through your exemplary achievements."

This sentiment was also shared by 72 MPs "from all political parties" in who, back in October, signed a letter that challenged the portrayal of Meghan by certain parts of British media. The signatories wrote: "[W]e are calling out what can only be described as outdated, colonial undertones to some of these stories," the letter read (via Vanity Fair). "As women Members of Parliament from all backgrounds, we stand with you in saying it cannot be allowed to go unchallenged."

The letter was shared on Twitter by Holly Lynch, Labour MP for Halifax, who was contacted by Buckingham Palace following the letter being published to speak with the Duchess. "She was calling to thank myself and other women MPs for standing with her and sending the open letter to say we, as women in public office absolutely understand what she's going through, although in very different roles," Lynch told ITV (via Elle).

"We stand with her in solidarity to say that we shouldn't be tearing down women in public life through the press or otherwise. She was pleased to have seen that letter."