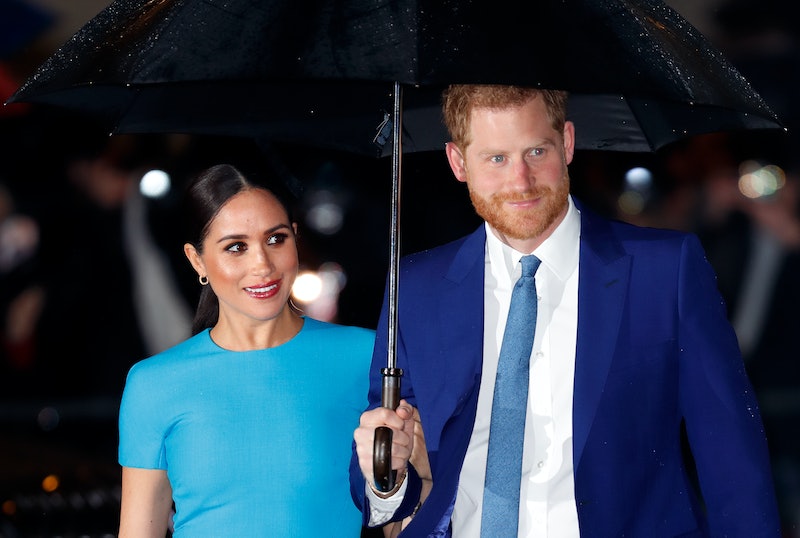 Joining the likes of Michelle and Barack Obama, Prince Harry and Meghan Markle have signed with a high-profile speaking agency based in New York, per the Los Angeles Times. The couple will reportedly "focus on social issue such as racial injustice, gender equality, environmental concerns" and mental health, the newspaper writes.

Representing "the most thoughtful, engaging, and important people of our day" as described on their site, the Harry Walker Agency represent the likes of Oprah Winfrey, Dr Jane Goodall, Julia Gillard, the Obamas, and the Clintons. The Sussexes could reportedly make more than £1 million per speaking engagement.

Shortly after the announcement was made, Meghan and Harry were spotted in downtown LA, donning face masks and hair nets as they helped make pastries and prepare food parcels with youth organisation Homeboy. Meghan first worked with the charity nearly 20 years ago with her mother, Doria Ragland, and is said to remember the tamale recipe she learned there "to this day", reports Metro.

These moves coincide with news that Harry and Meghan will soon launch their non-profit organisation Archewell, per People magazine. "They have had the opportunity to speak with some incredible thought leaders, and those conversations have been deeply educational and helpful in identifying the work they want to [do] with Archewell," a source told People magazine. "They are excited to see it all come together. It's what they have always dreamed of doing together."

Since becoming financially independent from the royal family in March 2020, Harry and Meghan have made only a small handful of appearances. Before stepping back from their roles, Harry gave a speech to an audience of more than 400 "bankers and celebrities" at an investment summit hosted by JP Morgan, "about dealing with the death of his mother and his decision to give up his role as a frontline royal," per The Sunday Times.

Most recently, Meghan gave a moving speech to the graduating class of her old high school, voicing her support for the Black Lives Matter movement and the death of George Floyd. Both these appearances covered causes that the couple will reportedly focus on, providing a small glimpse into what their future speeches may feature.

More like this
What Is Shakira’s Net Worth? These Figures Definitely Don’t Lie
By Maxine Harrison
Robbie Williams’ Fortune Has Some Pretty Surprising Origins
By Rachel Mantock
FKA Twigs & Jorja Smith Just Found Out They’re Related
By Maxine Harrison
Beyoncé Delivers “Soaring Vocals” On New Album “Renaissance”
By El Hunt and Radhika Menon
Get The Very Best Of Bustle/UK