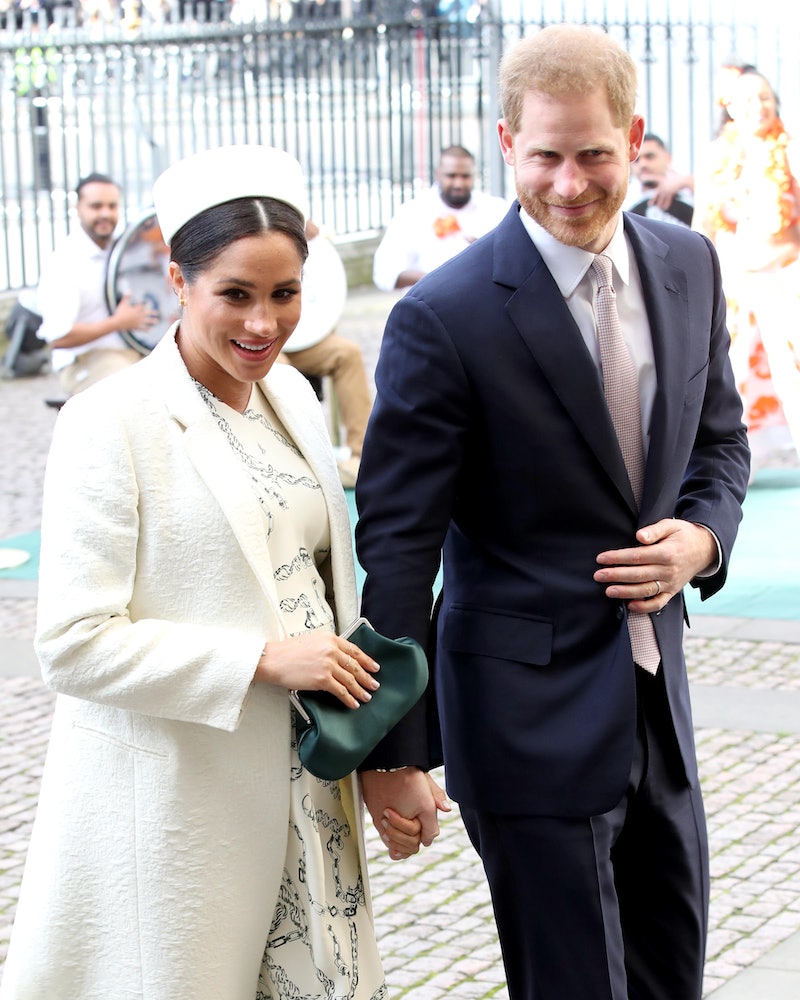 The royal family had much more to celebrate than just Easter on Easter Sunday. The special holiday happened to fall on Queen Elizabeth's 93rd birthday. And ahead of the day's festivities, Meghan Markle and Prince Harry sent Queen Elizabeth birthday wishes via their official Duke and Duchess of Sussex Instagram.

"Happy Birthday Your Majesty, Ma'am, Granny," the caption reads. "Wishing you the most wonderful day!" The post, which was shared on the recently created page of The Duke and Duchess, included a slideshow of photos spanning the queen's accomplished life, including an adorable throwback photo of her with young Harry and William, and the iconic shot of her laughing with Markle during their first royal engagements together.

The royal family's official page also wished the Queen a happy birthday with an informational video about why she actually has two birthdays, "an actual birthday and an official birthday." Princess Elizabeth was born on April 21, 1926, and according to the post, Her Majesty tends to celebrate that date privately, but the occasion is announced publicly with mid-day gun salutes in Hyde Park, Windsor Great Park, and The Tower of London.

Official celebrations of the Queen's birthday are carried out in June during Trooping the Colour, a tradition that has celebrated the birthday of the British sovereign for 260 years. It includes a grandiose parade of 1,400 soldiers, 200 horses, and 400 musicians, according to the post.

But Queen Elizabeth had more to celebrate on her actual birthday this year. In tradition of the Easter holiday, she attended the Easter Matins Service at St. George's Chapel in Windsor Castle, according to People, which is the same emblematic venue in which Harry and Markle held their wedding in May 2018. She was joined by her grandchildren Prince William and Prince Harry, along with her children Princess Anne, Prince Edward, and Prince Andrew. Other royal family members in attendance were Kate Middleton, Princess Beatrice, Lady Louise Windsor, and Zara Phillips.

Markle, unfortunately, was not able to attend the service, presumably because she is approaching the due date for her and Harry's first child. Prince Philip, The Queen's husband, also did not attend, per People, nor did William and Kate's children, Prince George, Princess Charlotte, and Prince Louis.

Fans of Meghan and Harry have long theorized that Meghan and Harry's child would share a birthday with Her Majesty, but no such news has surfaced. It's only a matter of time, however, before the highly anticipated royal baby arrives.

Back in January, Meghan hinted to fans that she was due in late April or early May. And recent news of Prince Charles and Camilla, Duchess of Cornwall's planned trip to Germany for May 7 suggests that the newest member of the family will arrive before then because they wish to be close for the birth. But it's possible that the baby has other plans.

For now, it looks like the Queen won't be sharing her actual or official birthday with a royal baby any time soon, but there's definitely still time for that to change.