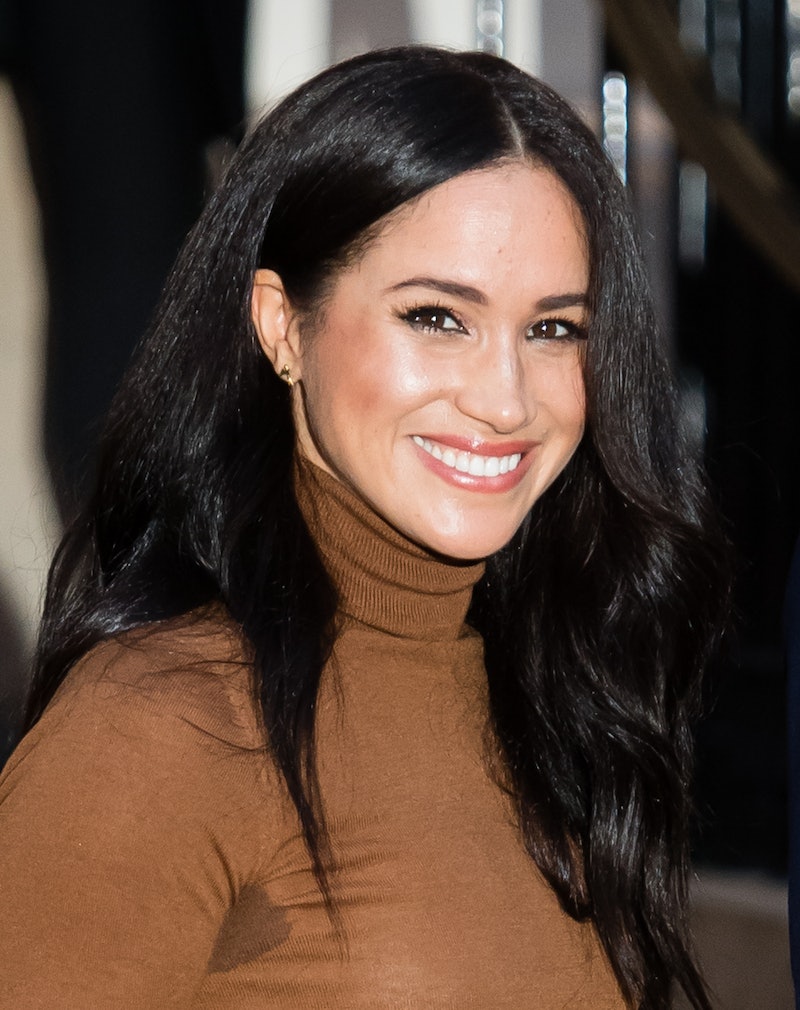 Less than one week after Prince Harry, Duke of Sussex and Meghan, Duchess of Sussex announced plans to focus on philanthropy, Meghan signed a voiceover deal with Disney for charity, according to Deadline. Markle will join the production company for an unspecified project, and in lieu of payment, a donation will be made to the conservation charity Elephants Without Borders. Meghan and Harry worked with the organization on World Elephant Day in Botswana back in August of 2019, helping the non-profit track and protect the animals from poaching.

The Disney deal follows an eventful week for the couple, as on Wednesday, Harry and Meghan announced plans to scale back senior royal duties, and work to become financially independent, on Instagram. In the caption, the couple explained the decision would allow them to "carve out a progressive new role within this institution" and "focus on the next chapter, including the launch of our new charitable entity." The royal couple also announced plans to "balance our time between the United Kingdom and North America," which might indicate that they plan to explore further collaborations with the entertainment industry.

Meghan reportedly inked the voiceover deal with Disney before last week's announcement, according to The Sunday Times, so the role didn't have any bearing on the decision. Neither Disney nor Harry and Meghan have publicly addressed the deal, but the move could be an indicator of the couple's professional and philanthropic plans moving forward.

Back in November of 2018, Meghan confirmed her decision to leave the entertainment industry behind in a joint-interview with Prince Harry, as per People. She said, "I don’t see it as giving anything up. I just see it as a change." Later, she added that the royal family offered an opportunity to prioritize her humanitarian work, stating, "I think what’s been really exciting as we talk about the transition out of my career and into my role is the causes that are really important to me that I can focus even more energy on."

Before becoming part of the royal family, Meghan starred as Rachel Zane in Suits, and it's not a complete surprise that the longtime actor might find a way to combine her two passions for philanthropy and acting.

On Instagram, Markle and Prince Harry promised to update followers about the transition, writing, "We look forward to sharing the full details of this exciting next step in due course, as we continue to collaborate with Her Majesty The Queen, The Prince of Wales, The Duke of Cambridge and all relevant parties." More details about the couple's step back from the royal spotlight will likely emerge in future weeks, including further information about the on-screen projects or charitable collaborations the couple might pursue.

More like this
Prince Harry Incorrectly Recites Christina Aguilera’s “Genie In A Bottle” Lyrics
By Jake Viswanath
Meghan & Harry Respond To Jeremy Clarkson’s "Apology" Over *That* Column
By Sophie McEvoy
The 2023 Super Bowl Commercials Feature A 'Breaking Bad' Reunion & Missy Elliott
By Alyssa Lapid
Hilary Duff Is “Optimistic” About A 'Lizzie McGuire' Reboot
By Alyssa Lapid
Get Even More From Bustle — Sign Up For The Newsletter
From hair trends to relationship advice, our daily newsletter has everything you need to sound like a person who’s on TikTok, even if you aren’t.