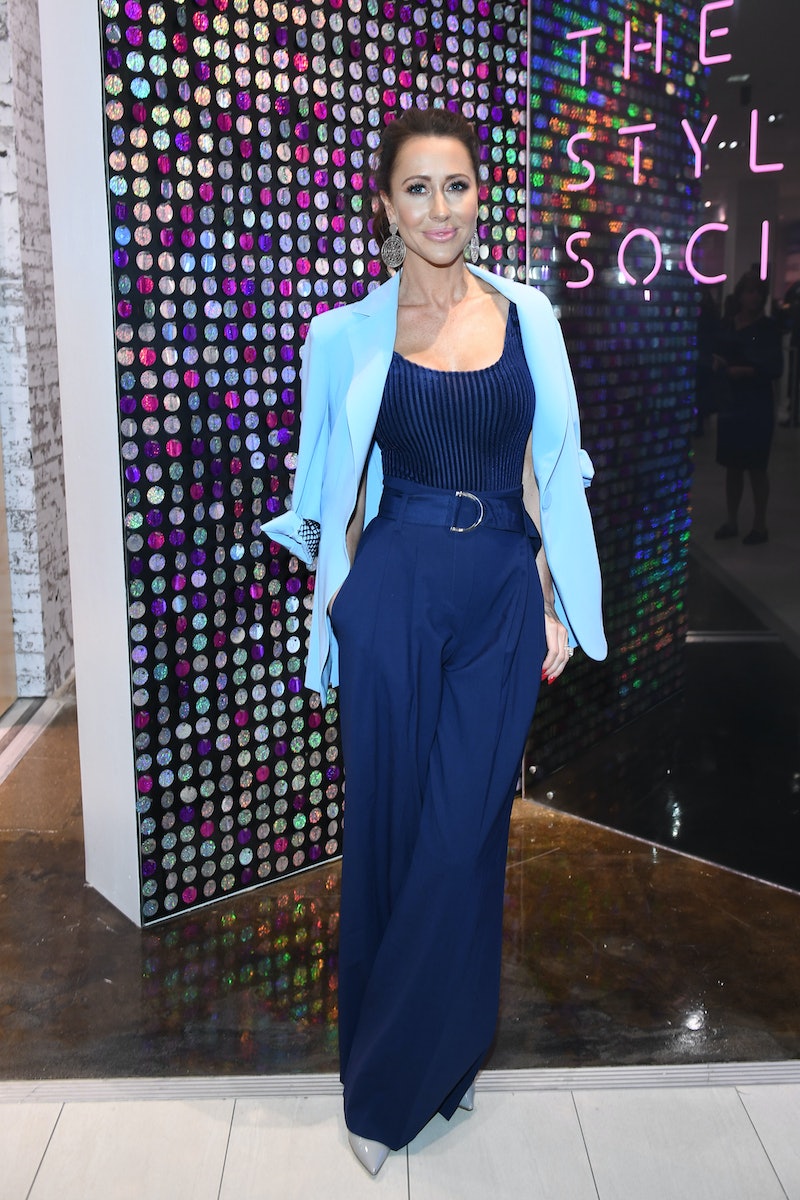 You can always count on Meghan Markle's BFF to have her back, especially when it comes to speaking out about their friendship in public. According to Just Jared, Jessica Mulroney discussed her friendship with Meghan Markle and made sure to let everyone know that there are simply some aspects of her personal life (and, particularly, her relationship with the royal) that she's going to keep private.

In an interview with Harper's Bazaar, her first interview since the event of 2018, Markle and Prince Harry's wedding in May, Mulroney opened up about everything from her position as a "fashion guru" on Good Morning America to her successful career in the styling arena. But, her comments about the private nature of her friendship with the Duchess of Sussex are what royal watchers everywhere will be eager to read.

"This is my first interview that I’ve done since the wedding or anything," she told the publication, in regards to her friendship with Markle. She continued to say that, since the pair's relationship is something she holds "very dear," she wants to keep things private when it comes to the duchess. She continued:

"Listen, every person has to have a bit of privacy in their life. There are certain things I hold very dear and secret. There are things I’ll never talk about for sure. My life is an open book, but there’s always a few secret pages in the back that nobody will be able to read.”

Mulroney and Markle have been friends for quite some time now. And, by all accounts, the pair have a very close friendship. Most recently, the stylist participated in the Duchess of Sussex's New York City-based baby shower in February. The twosome even spent some quality time together pre-baby shower at the oh-so-chic Ladurée, where they reportedly enjoyed tea and the location's famous macarons on Feb. 16, according to Harper's Bazaar.

The duo's friendship goes way back, according to Cosmopolitan. Royal reporter Katie Nicholl reported that Markle and Mulroney became friends after the duchess moved to Toronto in 2011 to film her TV series, Suits, and added that they “hung out all the time.” Apparently, Markle and Mulroney shared a lot in common during their Canadian hangout days. "They went to the same yoga and Pilates and became firm friends," the reporter revealed, "Meghan really looks up to Jessica. She thinks she’s a talented person, a wonderful mother, and a great best friend."

They're such good friends that Mulroney has even influenced the duchess' style, as Nicholl pointed out. In fact, that her influence could even be seen on the former actor's since-defunct website The Tig, as Amanda Dishaw, who is the editor of Meghan's Mirror, told Cosmopolitan. So, everyone who looks up to the Duchess of Sussex's keen eye for fashion has Mulroney, in part, to thank for her impeccable style.

Given how close the two women are, it's pretty easy to understand why the Canadian stylist wouldn't want to reveal any personal details about her BFF. Sure, it would be cool to hear about their undoubtedly fun get-togethers. But, by keeping mum on their friendship, Mulroney's simply being a great friend to Markle. And, in the end, isn't that what truly matters?

More like this
Robert Downey Jr.’s New Film Is A Tender Story of Fatherhood & Forgiveness
By El Hunt
Keke Palmer Paid Tribute To "Other Half" Darius Daulton After Announcing Pregnancy
By Jake Viswanath
Robert Pattinson & Suki Waterhouse Made Their Red Carpet Debut — 4 Years Later
By Jake Viswanath
Jodie Turner-Smith & Joshua Jackson's Relationship Timeline Includes Her Proposing
By Jake Viswanath
Get Even More From Bustle — Sign Up For The Newsletter