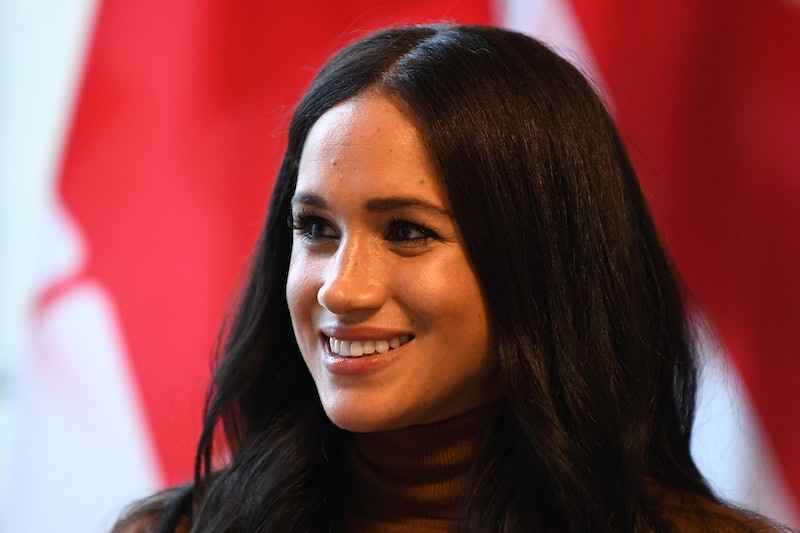 It's been a tumultuous week for the royals following the Duke and Duchess of Sussex's announcement they would be stepping down as senior royals. With major talks taking place and millions of eyes watching, it's understandable that the pair have been keeping a low profile. However, Meghan Markle has made her first appearance since the announcement, back in Canada, where she and Harry plan to spend more time over the coming year.

The Duchess visited a women's shelter in Vancouver, to "offer support," and "boost the staff's spirits," according to The Daily Mail. Markle appeared at Victoria Harbour Airport yesterday, before boarding a sea plane which took her to the main land. It is unclear whether the trip had been planned or was spontaneous.

The Downtown Eastside Women's Center in Vancouver shared a photograph of Meghan's visit on their Facebook page, where they wrote: "Look who we had tea with today!"

"The Duchess of Sussex, Meghan Markle, visited us today to discuss issues affecting women in the community," the caption continued.

The image showed Markle in the centre, surrounded by a group of women who work there. She is seen wearing a simple cream jumper, along with jeans and some brown knee-high boots.

In pictures obtained by The Daily Mail, she was earlier spotted boarding a sea plane wearing a thick khaki parka, shoulder bag, and warm scarf. This attire is noticeably more pared down and casual than her usual 'Duchess' wear for formal engagements, which usually consists of fitted dresses and heels.

According to the Evening Standard, Markle is thought to have flown back to Canada just three days after she arrived back in the UK after her Christmas break. She has been living in the Vancouver Island ocean-side mansion where she spent the holidays in with husband Harry and baby Archie, reports the Daily Mail.