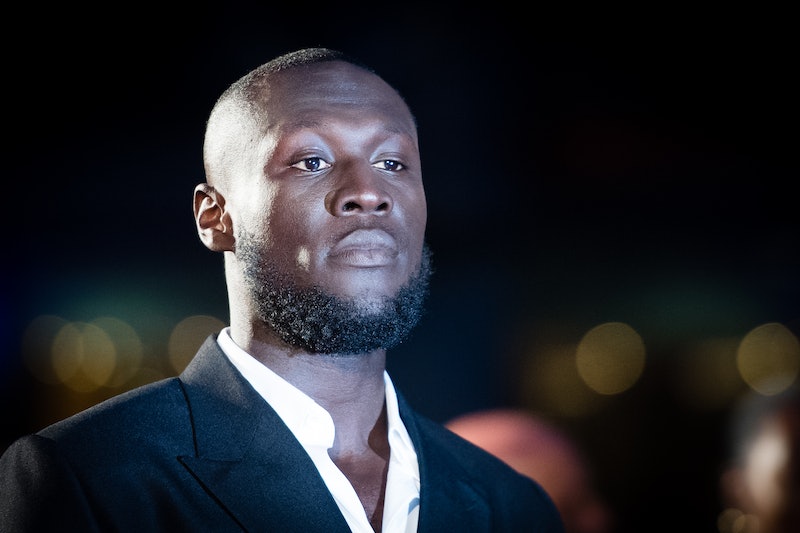 Since taking a break from diss track tennis with Wiley, Stormzy has been out and about promoting his new album ‘Heavy Is The Head’ in The States. He went New York radio station Hot 97 to discuss Wiley drama, cheating allegations, the media's treatment of Meghan, Duchess of Sussex.

During his candid interview with presenter Ebro, Stormzy was asked on his opinion the Duke and Duchess of Sussex stepping down as senior members of the royal family, to which there has been a backlash from the media. Stormzy replied, "You see this whole royal family thing, I had no idea it was so deep." He went on: "Meghan is a sweet woman, she does her thing... and they just hate her."

The 26-year-old artist's comments came in response to an incident involving presenter Eamonn Holmes, who appeared on talkRadio and, in reference to Meghan, said "I look at her and I think 'I don't think I'd like you in real life.'" Even though he’s never met the Duchess of Sussex, Holmes said she was “just that awful, woke, weak, manipulative, spoilt.” Meghan’s disproportionate amount of unwarranted criticism has been a hot topic since her relationship with Harry began. In his interview, Stormzy said in response to Holmes' comments, saying, "Bro she's just black. What do you mean you just 'look at her'?"

He went on to say: "If you told someone, write a list as to why you hate Meghan Markle, the list is rubbish ... there’s nothing credible to it."

Stormzy recently hit back at the British media for intentionally spinning his words in an interview with an Italian newspaper. During the interview, when asked if he believed Britain was a racist country, Stormzy replied “definitely, 100%.” Although the rapper received backlash for his comments, in his Hot 97 interview he stood by them as “not a risky thing to say.”

During the interview on Hot 97, Stormzy explained to the American hosts that there’s an “obsession with the royal family,” and they went on to talk about the royals, colonialism, the commonwealth, and the history of OBEs and MBEs (Order/Member of the British Empire). "British Empire is the darkest sh*t ever," Stormzy said, "That's literally England going to countries and destroying communities."

Famous faces to turn down OBEs and MBEs because of the links to colonialism include writer and actor Benjamin Zephaniah, co-founder of Black Pride Phyllis Akua Opoku-Gyimah, and, more recently, George the Poet. When turning down his MBE, George said: "I see myself as student, admirer and friend of Britain, however the colonial trauma inflicted on the children of Africa, entrenched across our geo-political and macro-economic realities, prevents me from accepting the title Member of the British Empire."

More like this
Lewis Hamilton Turned Down A Role In 'Top Gun: Maverick' For This Surprising Reason
By Darshita Goyal
Harper Teasing David Beckham’s Dad Dancing Is Beyond Adorable
By Frances Stewart
The Spice Girls & Adele Lead Girl Power Celebrations For Lionesses’ Euros Win
By Sophie McEvoy
13 Photos Of Princess Charlotte Loving The Commonwealth Games
By Sam Rogers
Get The Very Best Of Bustle/UK