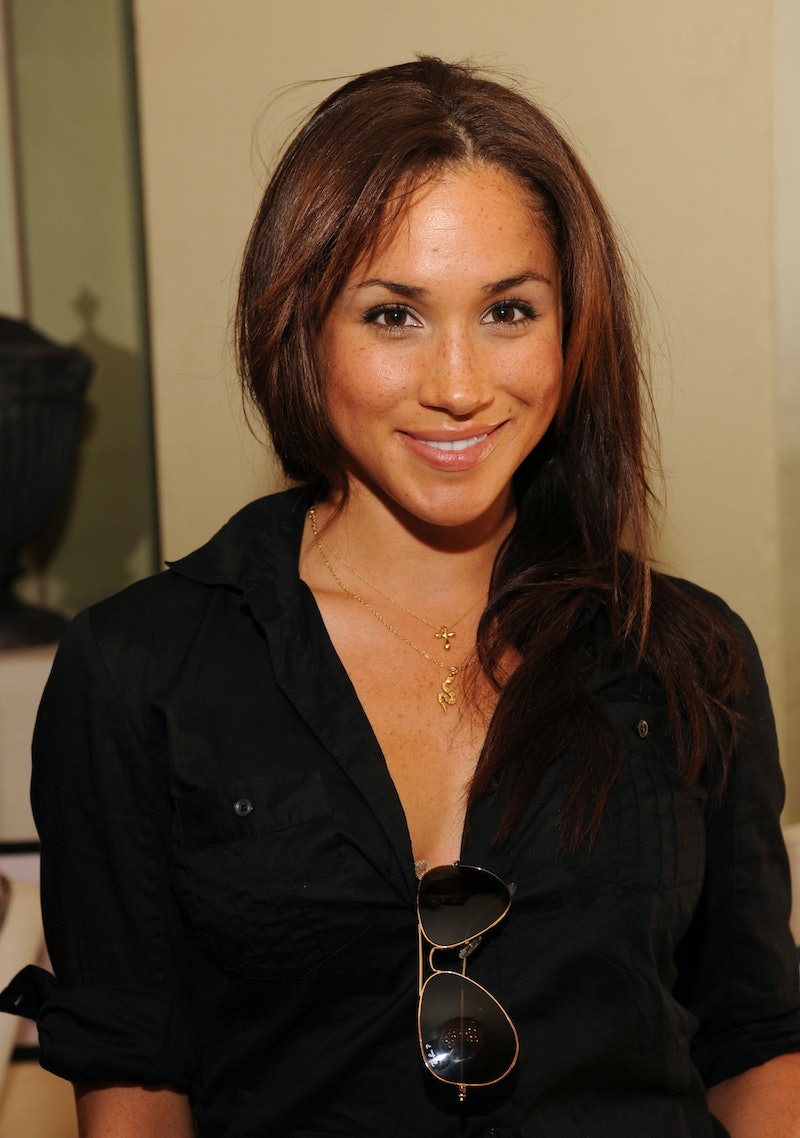 Back in the time before she was a royal, the Duchess of Sussex was a lowly actor staring on a TV show for seven years like the rest of us. OK, that part is not very relatable. But, before she stared as Rachel Zane on Suits, Meghan Markle really was dealing with some relatable things, which she explained in an essay for Darling magazine written back in 2015. Namely, crawling through her car's trunk because the doors didn't work and eating a lot of grilled cheese sandwiches.

In the essay titled "It's All Enough", Markle opens up about her experience breaking into acting and how, during one audition, a casting director could sense her lack of confidence and gave her some advice that would change how she saw herself and her place in the world.

"I was in my early 20s, still figuring so much out, and trying to find my value in an industry that judges you on everything that you’re not versus everything that you are," Markle writes of her time auditioning for roles called things like "Girl #2". "It felt unapologetically impossible," she continues, "and I spent my evenings eating my feelings with grilled cheese sandwiches and cheap wine." (I would argue that grilled cheese and cheap wine is good for a variety of situations, not just eating one's feelings, and I hope Markle still prepares this meal today... Well, without the wine while she's pregnant, but you know.)

As far as the car situation, she writes, "I would drive to auditions and park at the back of the parking lot, far from the eyes of anyone who could see me unlocking the trunk and crawling into my car through its only feasible entry point."

That, along with the repetitive auditions had her down, but her perspective on all the hard work soon shifted. At an audition, Markle met April Webster, who has cast wide-ranging projects, including many with J.J. Abrams, like Lost and Star Wars: The Force Awakens. Webster called Markle out on the doubts she could tell the actor was casting on herself.

"I had never met her before, and at my very first audition for her, she stopped me mid-scene and said so simply, 'You need to know that you’re enough,'" Markle writes. "I was breathless. No one had ever seen it, or perhaps no one had ever called me out, but there in that small box of a room in Burbank, this woman I had never met saw me."

Markle writes that Webster went on to tell her that she was "like a 'shrinking violet,' wilted joy and energy and exuberance behind this shroud of insecurity." The now-Duchess added, "You couldn’t pay for a therapy session this good. And that moment, for me, was a wake-up call."

Markle's acting career ending up taking off and she was cast on Suits in 2011. She also started her blog, The Tig. In her essay for Darling she writes that the "heart of the site" for her is "the 'think pieces' I can write to the girl I was 10 years ago and for the woman I strive to be in another 10. I want to make her proud. I want to remind her of her worth, just as that casting director did for me many moons ago."

While Markle doesn't have to climb through a car trunk anymore or spend her time trying to score some nameless role, the point of her essay and her blog lives on more than ever. Now, with her massive platform, she's reminding even more girls and women of their worth.