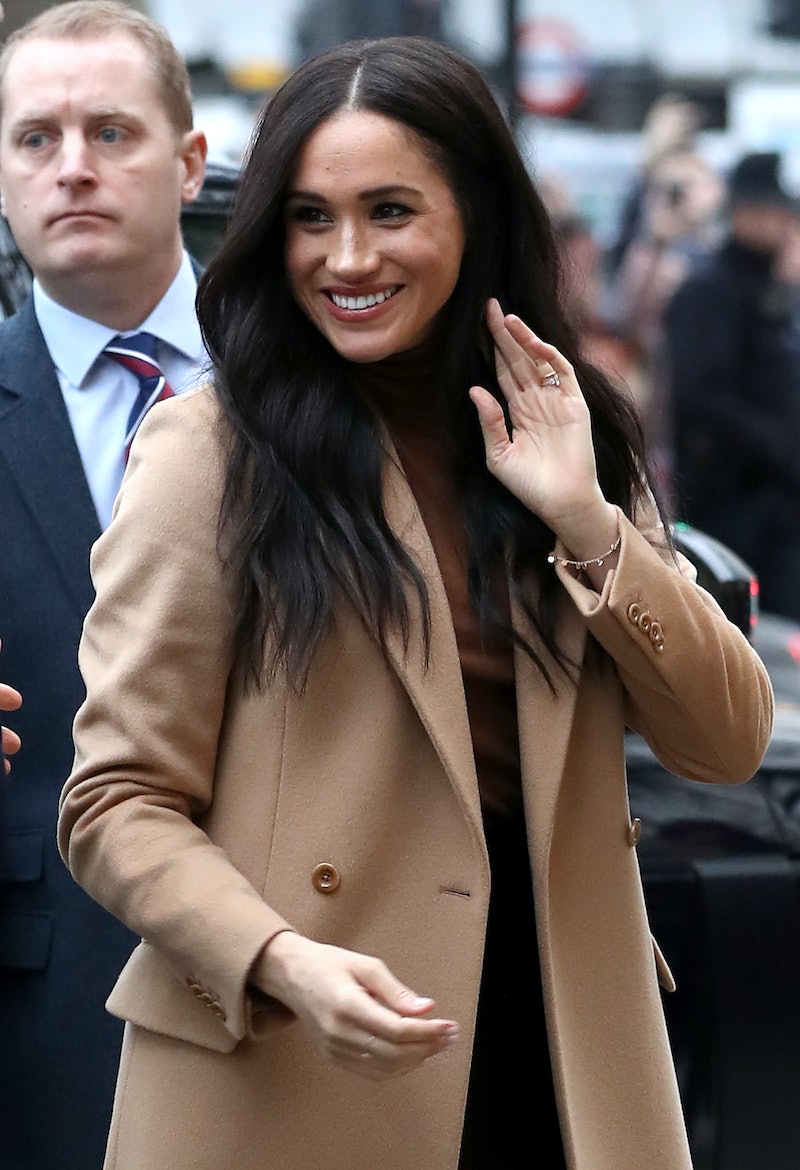 When it comes to winter footwear, boots are often considered a staple. Meghan Markle's Rothy's flats may have you rethinking where boots land in your list of top shoes to don during the colder months. The Duchess of Sussex was spotted wearing the flats brand again, and you can still shop her exact pair.

Markle and husband Prince Harry returned to Vancouver, Canada over the weekend, and in images captured of the couple deplaning, the Duchess is wearing the Rothy's Merino Flat in shade Shadow. The pointed design is created from merino wool making it a much warmer, more luxe option. Like all of the brand's designs, the shoe is created using Rothy's signature thread created from repurposed plastic water bottles.

The Duchess paired the shoes with a casual travel look opting for skinny jeans, a blue striped button down, black sweater coat, and a Prada travel bag. Like her flats, the bag is made from sustainable materials, specifically a regenerated nylon called Econyl. However, unlike the shoes, the Prada bag has a whopping four digit price tag and is sold out.

If you want to cop Markle's sustainable pieces, the flats are the way to do so. The design is available on the Rothy's website and retails for $175 in sizes 5-13.

Markle's Canadian return isn't the first time she has worn the affordable flats brand. She was first spotted in a pair of Rothy's while on royal tour in Australia. The Duchess wore the brand's Point Flats in black while in Sydney and Melbourne.

If you want to get you own pair of Markle-approved flats, Rothy's has you covered.